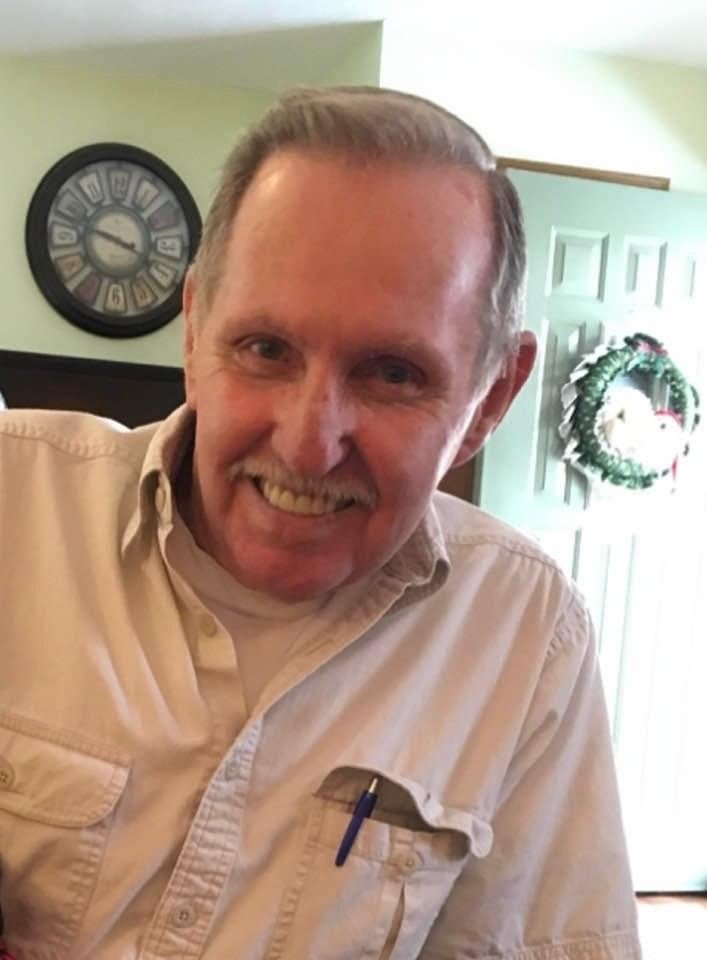 On December 6, 1947, William Carl Richardson was born in Columbia, the son of Clifford Carl Richardson and Eunice Naretta Grishom. Bill married his love, Eileen M. (Trauth) Richardson, on October 15, 2005 at the Jonesburg United Methodist Church. They spent 16 wonderful years together, filled with love and laughter.

He was an Air Force veteran and fought in the Vietnam War. In December of 2009, he retired after 30 years of hard work and dedication from Jack Cooper Transport as a local car hauler from International Brotherhood of Teamsters. Bill was a member of Masonic Lodge Jonesburg #457 and a proud member of the Sublime Knights, Chapter of Widows Sons.

Bill enjoyed traveling in his RV with his wife, and motorcycle riding with his wife and daughter. He would also go on buffet runs on the motorcycles with his brothers. After retirement, Bill found joy spending his days golfing and fishing. He will be missed dearly by the abundance of people who loved and cared for him.

Mr. Richardson is survived by his wife, Eileen Richardson of Montgomery City; daughter, Dawn Richardson of Warrenton; son, Ronald Brian Poole, and wife Donna, of Indiana; grandchildren: Charlotte Holub, and significant other Curtis Jones, of Warrenton, Tassija Waltman of Indiana, and Nathan Poole, and his significant other Niki, of Indiana; great-grandchildren: Kendall Holub, Braxtyn Jones, Tru Waltman, Trinity Waltman, Naryah Poole and Naxtyn Poole; sisters-in-law: Sandy Richardson of Washington, Lana Winter, Linda Austin, and husband Ronald, brother-in-law, Dan Trauth, and wife Kim, all of Jonesburg; and all of his nieces and nephews that stole his heart.

Funeral services with Masonic service will be at noon on Monday, November 22, 2021 at Jonesburg United Methodist Church with Pastor Suzanne Hacking-Nicholson officiating. Interment with full military honors will be at Jonesburg City Cemetery.

Visitation will be from 10 a.m. until time of service at the church.

Memorial contributions are suggested to Eileen Richardson so she can divide them among multiple charities, in care of Schlanker Funeral Home, 207 Danville Road, Montgomery City, MO 63361.