For many years, Ann Scarlet played an active role in Montgomery County, serving as the public administrator, working as president of the Montgomery Area United Way and owning a tax and accounting … 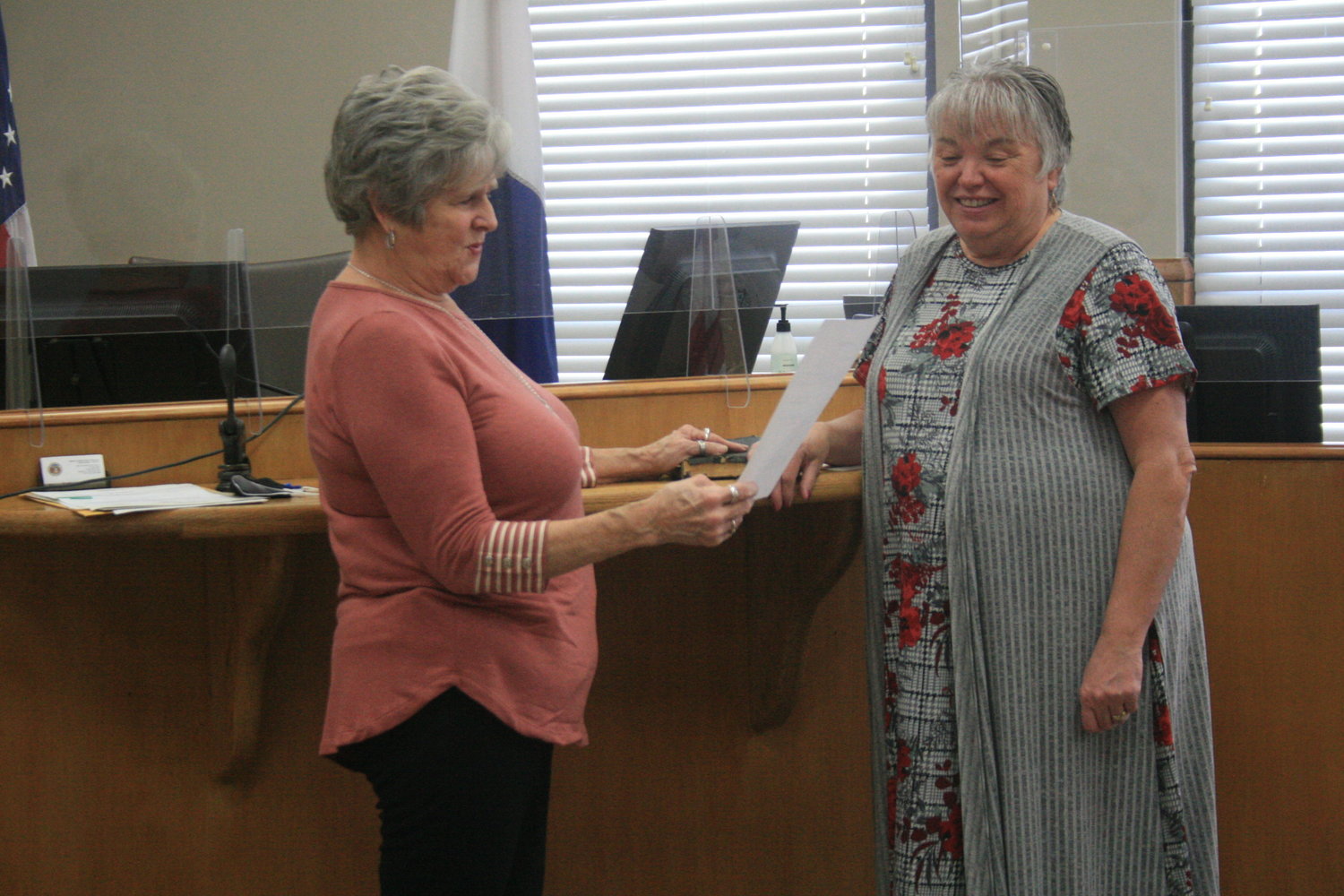 For many years, Ann Scarlet played an active role in Montgomery County, serving as the public administrator, working as president of the Montgomery Area United Way and owning a tax and accounting business in Montgomery City.

Scarlet died on Oct. 15 at the University of Missouri Hospital in Columbia. She was 62 years old.

Scarlet, who was raised in Montgomery City, worked as the county’s public administrator for 21 years. She served her first year with the position in 2000. One of her main roles was to serve in the capacity of a guardian, taking the responsibility of the decision regarding the individuals, being responsible for their finances, paying their bills and protecting their assets.

“She had a very strong work ethic,” Reagan said. “Her mom was a public administrator before her, so she kind of got elected when her mom didn’t want to run again. She’s been doing it for a long time. There are big shoes to fill here with everything. She really enjoyed working with people.”

“I learned a lot from her,” Reagan said. “Obviously, she still had a lot of teaching and I had a lot of learning to do, but that got cut short. But I’ve been trying to help her in any way that I can. We worked as a team, we worked well together, got everything done and kept going. Hopefully, that’s what we will continue to do. We want to keep her legacy alive, make her proud and keep doing what we can.”

Reagan, who was born and raised in Montgomery City and graduated from Montgomery County High School in 2002, said she has been working with Scarlet for over 10 years.

“She was a good friend of mine and a mentor,” Reagan said. “I’ve been learning everything that she has been doing at the office. I’ve been helping with her public administrator stuff for the last couple of years. I’ve been helping her take care of getting bills out or going to visit people. She’s a very well-loved lady here in the office.”

Scarlet joined the Montgomery Area United Way in 2011. She became the organization’s president in October 2020.

Also last year, Scarlet helped the organization start a fundraising campaign called, “United We Are Stronger,” which letters were sent to residents throughout the county, asking them to send a donation.

Scarlet said one of the best things of working at the United Way was going to the annual meeting with local agencies.

Scarlet worked for her mother, LeNell Britt, in her tax and accounting business for over 20 years before taking over the business in 1997.

Scarlet also served as treasurer of the Missouri Trappers Association for many years. She received the President’s Award from the MTA during the Fall Rendezvous in September at Montgomery City.