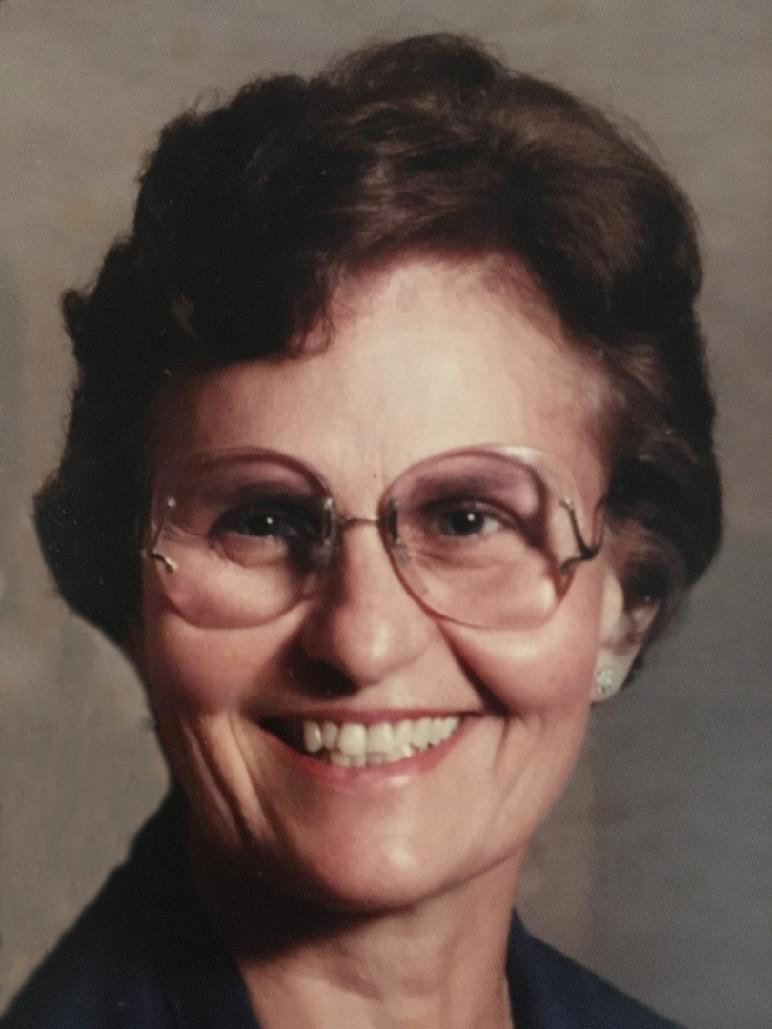 Dolores May Swarthout, 91, of Chesterfield, formerly of Wellsville, passed away at 2:30 p.m. on Thursday Oct. 14, 2021, at Friendship Village of Chesterfield.

Funeral services will be held at 11 a.m. on Oct. 23, 2021, at Myers Funeral Home in Wellsville, with Rev. Caleb Eissler officiating. Burial will follow in the Wellsville Cemetery.

Visitation will be from 10 a.m. until service time at the funeral home.

Dolores graduated high school from Vienna High School in 1948. She attended a year of college at Oklahoma Baptist University. She also attended Southwest Baptist University in Bolivar. She later received her Master’s degree in education from the University of Missouri-Columbia.

Dolores taught music and band at Wellsville-Middletown R-1 School from 1963-1993. She was a former member of the choir and served as choir director for many years at First Baptist Church in Wellsville. She later became a member of New Florence Baptist Church. After moving to St. Louis, she joined Grace and Peace Fellowship.

She enjoyed sewing, reading and gardening. She was also known for being a wonderful cook.

In addition to her husband, she was preceded in death by her parents; one son, Charles Horace “Chuck” Swarthout; three brothers, Robert Miller, Charles Miller, and Donald King; and one sister, Wilma Reeder.

In lieu of flowers, memorials may be made to The American Parkinson Disease Association, the Wellsville Cemetery Association, or to the Charity of the Donor’s choice. They may be sent in care of Myers Funeral Home, 203 E. Bates Street, Wellsville, MO 63384.