Two years ago, Shea Stille went to Washington, D.C., on a trip with her Montgomery County High School Family, Career and Community Leaders of America group.

Next summer, the MCHS sophomore will … 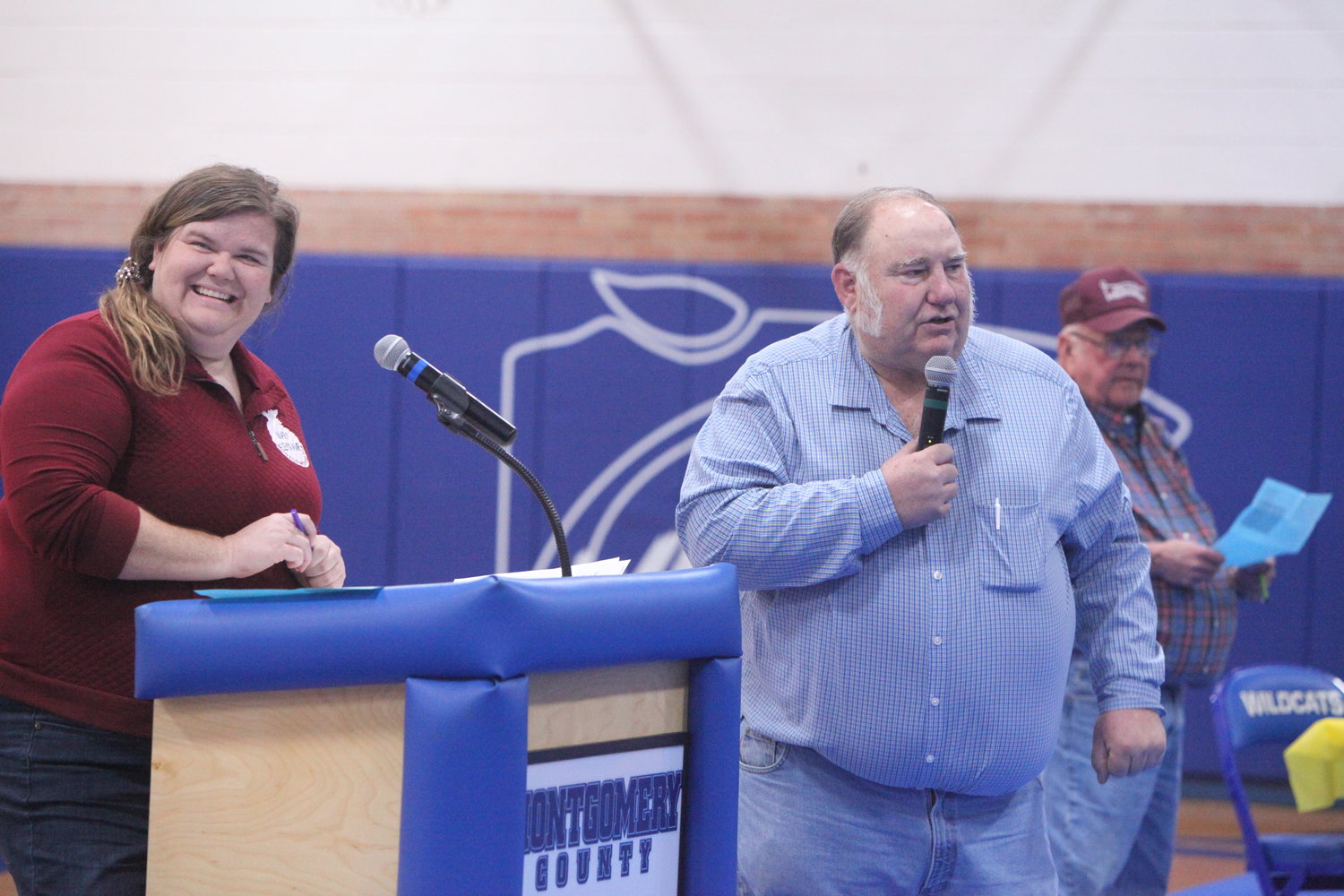 Two years ago, Shea Stille went to Washington, D.C., on a trip with her Montgomery County High School Family, Career and Community Leaders of America group.

Next summer, the MCHS sophomore will get to go to the nation’s capital again. She was selected as one of 14 members of the school’s Future Farmers of America group to attend the Washington Leadership Conference.

Stille and her FFA group held a labor auction on Nov. 18 at Ballew & Snell Court to help raise money for various events throughout the school year, including the trip to Washington. Stille raised $850 for her trip, more than any other FFA member.

“This will be a really cool experience for me to go to WLC,” Stille said.

Poston raised $600, followed by Heather Stille with $575 and Schluss, Schneider and Freymuth with $500 each.

“I’m really excited,” Poston said. “I think it’s going to be a really fun trip and I think that’s a good thing for us kids to do.”

The group raised $15,925 in the two-hour auction. More than 50 FFA members participated in the event.

The Washington Leadership Conference is scheduled to start on June 7 and end on July 30 at the Omni Shoreham Hotel. It’s a hands-on leadership conference designed for members who are ready to take their leadership skills to the next level.

“I already raised about $700, which is about half of the trip,” she said. “So I’m looking forward to making more money. Hopefully, I’ll get the whole trip paid for.”

In the labor auction, each FFA member is sold once. All members who are attending the Washington Leadership Conference will sell a second time, and all of the money will go toward the conference costs.

Also, members have agreed to work a total of eight hours. They’ll be available for a variety of services such as Christmas decorations, cutting wood, babysitting, cleaning, yard work, window washing and painting. The eight hours of work should be completed by the end of the school year.

The auction began with nine pairs of members participating. Sophomore El Reagan and junior Claire Elliott raised $1,025, more than any other pair.

Stille, who is the FFA’s historian, said the auction is a good way to raise money for the FFA chapter.

“It’s really awesome,” the sophomore said. “Our supporters are really good and they help get us to where we want to go.”

Poston said she is thrilled to be part of the MCHS FFA group in her second year. She was one of the members on the trapshooting team.

“I think it’s a really good bunch of FFA members,” the sophomore said. “There are a lot of people out here involved, which is super good because that helps the FFA chapter grow bigger. We do a lot of fun things, so I really like it. FFA is one of my favorite things to do.”