Since Republican Attorney General Eric Schmitt prevailed in the race for U.S. Senate, Gov. Mike Parson is considering tapping one of his top advisers to replace him.

Numerous sources both inside … 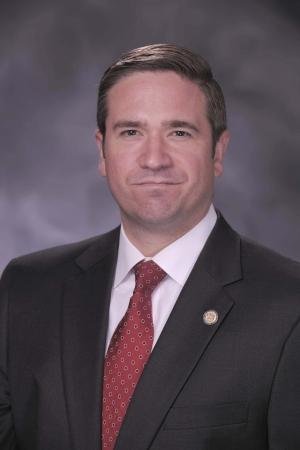 Since Republican Attorney General Eric Schmitt prevailed in the race for U.S. Senate, Gov. Mike Parson is considering tapping one of his top advisers to replace him.

Numerous sources both inside and outside the governor’s office who spoke with The Independent say Parson is leaning towards appointing Andrew Bailey as the state’s next attorney general, replacing Schmitt.

According to the governor’s office, Bailey has eight years of legal experience, including working as an assistant prosecuting attorney in Warren County and as an assistant attorney general.

He has never held elected office.

During his tenure with Parson, Bailey has kept a relatively low public profile. His closest brush with headlines came after records revealed he helped craft talking points the governor’s office used to advocate for the criminal prosecution of a journalist who uncovered a security problem in a state website.

That effort by the governor’s office was widely panned, and the Cole County prosecutor declined to file any charges against the journalist.

A spokeswoman for the governor did not respond to requests for comment on the appointment, though she told the St. Louis Post-Dispatch that Parson will “have a list of five people he plans to interview before making a selection.”

Parson was scheduled to participate in a trade mission to Israel after Election Day, and it is unclear if he would announce any appointment before leaving the country.

The Post-Dispatch and The Independent filed separate requests under Missouri’s Sunshine law for public records documenting internal discussions with Bailey about the potential appointment.

According to the Post-Dispatch, the governor’s office confirmed the request produced at least 47 emails, text messages or other memos, but those records may not be made public until January. The Independent was also told its more expansive records request may take until Jan. 13 to be completed.

“Transparency delayed is transparency denied,” said Mark Pedroli, a St. Louis County attorney and founder of the Sunshine and Government Accountability Project.
“Fundamentally, this is about gifting one of the highest offices in the state potentially for the second time in just a few years,” Pedroli added. “Under these circumstances, particularly, people are entitled to an extremely high level of transparency. The governor’s office should expect and welcome the scrutiny.”

While Bailey is the frontrunner for the job, he’s not the only person interested.

Jeremiah Morgan, who currently serves as deputy attorney general under Schmitt and previously served as deputy solicitor general under Democratic Attorney General Chris Koster, contacted the governor’s office in mid October to throw his hat in the ring.

In addition to a decade working in the attorney general’s office, Morgan also served six years as general counsel for the Missouri Supreme Court. He has never held elected office.

“I would love to visit with the governor about the likely possibility of the appointment of a new Attorney General,” Morgan wrote in an Oct. 13 email to the governor’s executive assistant that was obtained by The Independent through a records request to the attorney general’s office.

Another person whose name has been connected to the appointment is Will Scharf.

Scharf currently serves as an assistant U.S. attorney based out of St. Louis. He previously worked as policy director for former Republican Gov. Eric Greitens. He graduated from Harvard Law in 2011.

Former two-term state Sen. Kurt Schaefer, who ran unsuccessfully in the GOP primary for attorney general in 2016 and previously served as a deputy attorney general in the 1990s, is also considered a possible contender for the appointment. So is Tim Garrison, a former U.S. Attorney for the Western District of Missouri who last year briefly flirted with a run for Congress, and state Sen. Tony Luetkeymeyer of Parkville, who was first elected to the legislature in 2018 and is running for a second term this year.