When Keith Freie was appointed interim prosecuting attorney for Montgomery County, he immediately thought about the time he was working on a project while he was a student at Wellsville-Middletown … 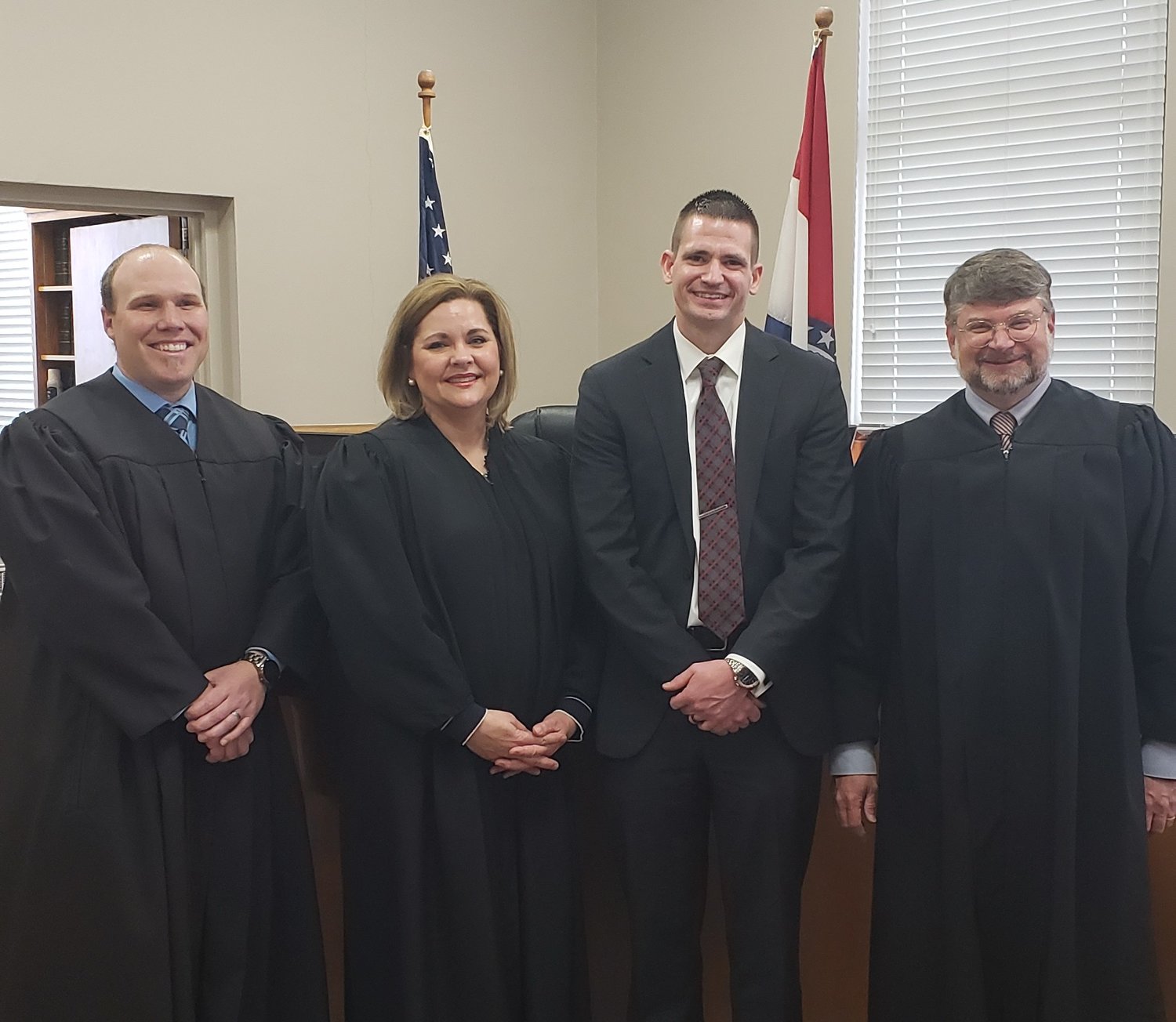 When Keith Freie was appointed interim prosecuting attorney for Montgomery County, he immediately thought about the time he was working on a project while he was a student at Wellsville-Middletown Junior High School.

While writing a report about his ambitions of becoming a lawyer in the future, Freie interviewed Kelly Broniec, who is currently the judge at Missouri Court of Appeals for the Eastern District.

At the oath ceremony on April 15 at the Montgomery County Courthouse, Broniec swore in Freie as interim prosecuting attorney.

“It’s exciting to finally reach that goal,” Freie said. “Looking back at junior high, you don’t realize what it really entails. When you have a dream and you finally get here and realize its responsibility, I’m truly humbled. I’m very happy that I met my goal, but I’m very humbled.”

“I officially became interim prosecutor at midnight on the 16th,” Freie said. “At that time, I had to resign from Warren County, so I’m no longer an assistant for Warren County.”

Freie graduated from W-M in 2005. Three years later, he earned a Bachelor’s degree in legal and political studies at William Woods University.

After graduating with a law degree at the University of Missouri-Columbia, Freie started his own firm in October 2012. He was sworn in that same month at the Missouri Supreme Court building in Jefferson City. He practiced traffic, criminal, family and estate planning.

In November 2014, he became the assistant prosecuting attorney for Montgomery County. He worked in that position for three years.

“Private practice has its own unique challenges, but what I found desirable about prosecuting is the idea that you’re not advocating on one particular person’s interest,” Freie said. “You’re advocating on the behalf of the citizens of your county and your state.”

Freie said Carroz was helpful to him while working at the prosecutor’s office.

“Being in the prosecutor’s office, even as an assistant prosecutor, Mr. Carroz gave me an opportunity to learn from the community and what the community wanted and gain valuable skills in the courtroom,” Freie said.

Freie said now that he is the interim prosecuting attorney, he has a simple goal.

“Right now, my top priority is making sure that the system is moving efficiently and everybody’s rights are observed,” he said.

Freie will appear on the ballot for the Aug. 2 primary election and the Nov. 8 general election. He is the sole candidate for prosecuting attorney for Montgomery County.