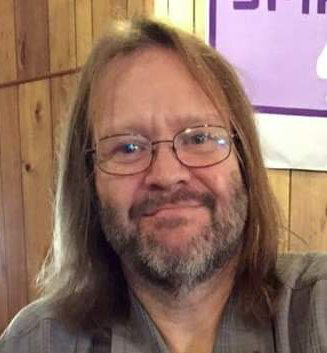 Mark was born on Aug. 19, 1964 in Florissant. He was baptized at Atonement Lutheran Church in Florissant on Oct. 11, 1964. He attended school at Jonesburg Elementary and Montgomery County R-II High School and graduated in 1982. He will be remembered by his classmates as the guy that pulled many pranks on the teachers.

He was a member of Hope Lutheran Church in South Sioux City, Neb. Mark enjoyed doing anything that involved working with his hands, including rebuilding cars, computers, and other machinery. He was an avid motorcycle enthusiast, especially Harley-Davidsons. Every time someone went to a new place, they had to pick up a Harley T-shirt for him. While Mark lived on the wild side a lot, he had a big heart and would help anyone out that needed it.

Mark is survived by his sons: Patrick Easley of Hubbard, Neb., and Jace Easley of Vermillion, S.D.; mother and stepfather, Janice and Ricky Bertels of Warrensburg; three siblings: Cindy (Ben) Smith of Warrensburg; Paula (Joe) Strahmann of Cherokee, Iowa; and Jason (Elizabeth) Easley of Imperial. He was also survived by many nieces and nephews: Ashley Emery, Rhiannon Easley, Danielle Meloy and Christopher Meloy; and great nieces and nephews. He will be dearly missed by all his family.

He was preceded in death by his father, Paul Edwin Easley; and his paternal and maternal grandparents.

Visitation will be held from noon-1 p.m. on Nov. 16 at Pitman Funeral Home in Jonesburg. A funeral will follow at 1 p.m. at the funeral home. Burial will be at Jonesburg City Cemetery.