The Montgomery County FFA chapter had many different contest teams this year. 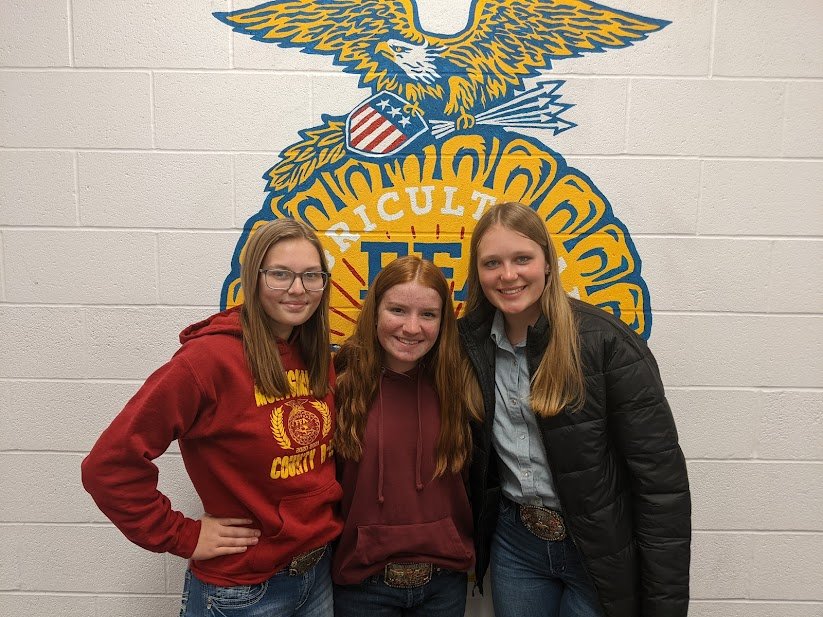 The Montgomery County High School FFA placed first in the horse judging category in district competition on March 30 at the University of Missouri-Columbia. Pictured, from left, are Presley Schluss, Ava Rakers, and Avery Ridgley.
Posted Thursday, May 12, 2022 9:45 am

The Montgomery County FFA chapter had many different contest teams this year.

On March 16, the LDE contest teams headed to Van-Far High School to compete in the area contest. MCHS finished second in ag sales and third in ag issues and advanced to districts in both divisions. The chapter also sent the treasurer’s book that was put together by Cora Johnson and got first place. The secretary's book, which Bre West and Gunner Sexton put together, also got first place. The scrapbook made by Shea Stille placed first. Avery Ridgley had an incomplete placement record book that came in second.

On March 28, the ag sales and ag issues teams went to Monroe City to compete in districts. Both teams finished fifth.

Two days later, the CDE contest teams headed to the University of Missouri-Columbia for districts. It was a successful day, with the horse judging team taking first place, Avery Ridgley getting first, Presley Schluss placing 10th and Ava Rakers coming in 11th.