The convention was held at the University of Missouri-Columbia, with most events … 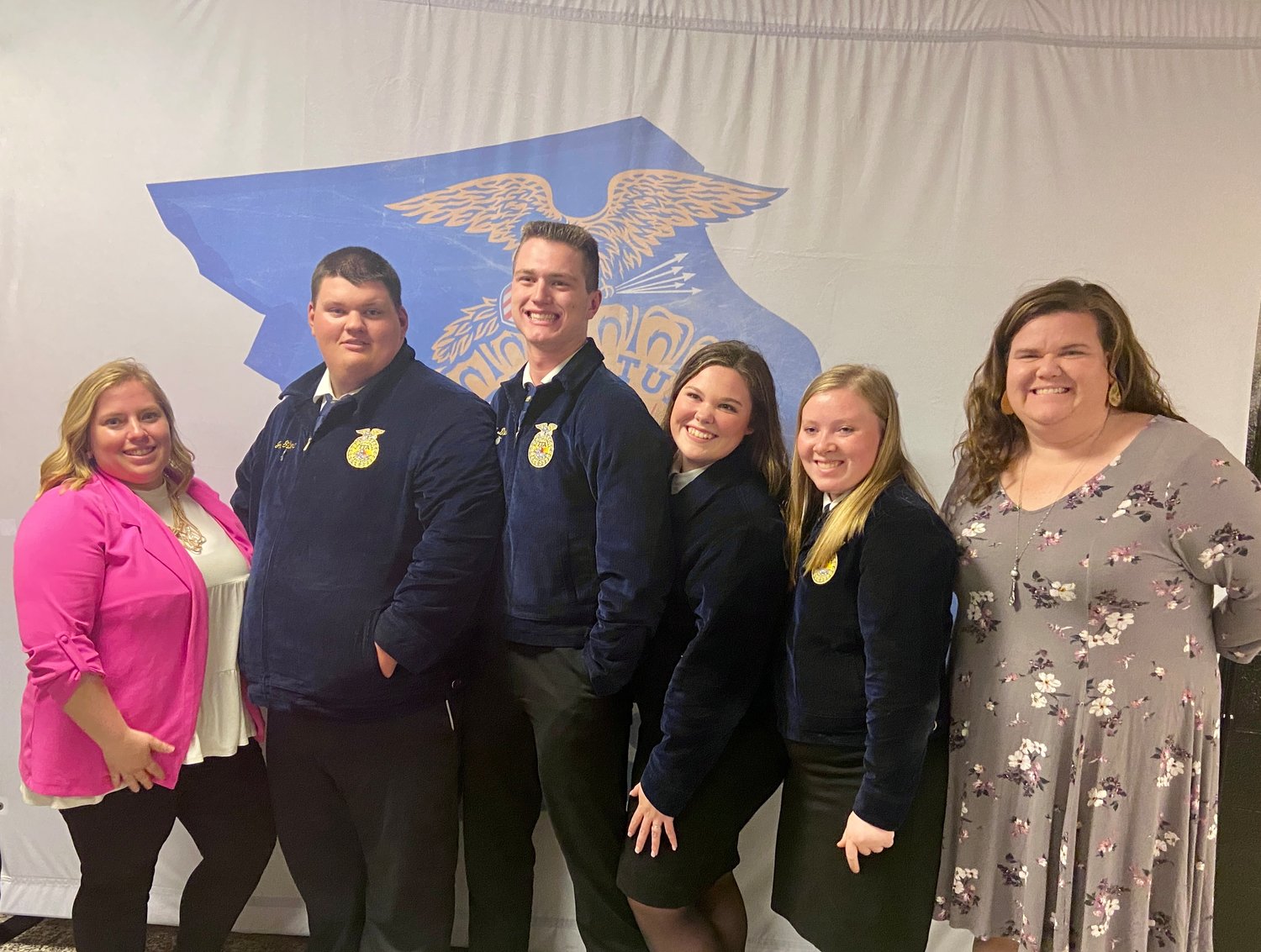 The convention was held at the University of Missouri-Columbia, with most events occurring at the Hearnes Center. Three of MCHS’ career development event contest teams – horse evaluation, floriculture and food science – qualified for state competition. Each team consisted of three or four FFA members who have been studying since January to get ready for competition.

The horse evaluation team, which won districts, judged the horses at Stephens College stables. The team saw classes of English Undersaddle, English Hunt Seat, Quarter Horse Gelding Halter, Saddlebred Halter and Paint Gelding. After judging the horses and taking a 25-question test over the rules and regulations of equestrian sportsmanship, the female members had to give two sets of reasons to a judge explaining why they placed their classes the way they did.

The team ranked 12th out of the 60 teams that qualified for state competition and earned a Group I rating. The team consisted of Avery Ridgley, Ava Rakers and Presley Schluss, who led the team by placing 13th as an individual with a Group I rating.

The floriculture team of Heather Sille, Hailey Terry, Shea Stille and Grace Lovell ended up with a Group I rating in seventh place. Heather Stille finished 18th, Shea Stille came in 21st and Terry placed 24th. They competed at the Hearnes Fieldhouse, where they had to identify over 100 plants and common floriculture tools, price a floral arrangement and take a test along with a math practicum.

The food science team fought for a top-eight finish at state by taking a test, identifying aromas, completing a triangle test and answering several very difficult math problems. The team made it into the final eight and was asked to present at Eckles Hall on Mizzou’s campus to a group of judges.

Members were given an hour to create a pizza, design a factory layout, create a nutritional label, invent a PR campaign and identify any potential food issues. Then they had 10 minutes to present their pizza presentation and received the highest group score of any school.

The group presentation with the members individual scores earned the team fourth place in the state. El Reagan led the team by placing seventh as an individual and earning a Group I rating. Other team members were Carie Schroer, Alexa Grober and Izzy Frezmuth.

Gunner Sexton and Raylene Poston served as the delegates for Montgomery Country and voted on important topics at the state convention. The MCHS FFA chapter earned the award as the 34th chapter in the state out of over 300 chapters. Poston accepted the award on the chapter's behalf on stage.

Schluss and Josh Gilbert received their proficiency awards. Both members won the area contest held in February. Gilbert was named the state winner in the area of environmental science and natural resource management and qualified for national competition this fall. Schluss was recognized on stage for first place in Area V for equine science entrepreneurship.

Gilbert, Freymuth, Heather Stille, Chadley Davis and Ethan Rakers received their state degrees on stage. To receive a state degree, members have to put ample time into both their SAE (supervised agriculture experience) and chapter activities. A state degree is the highest degree FFA members can get in the state; less than four percent of members earn this honor.