The Montgomery County girls basketball team was hoping to bring home its first South Callaway Tournament championship in more than 30 years on Jan. 14.

But the Fatima Comets had other … 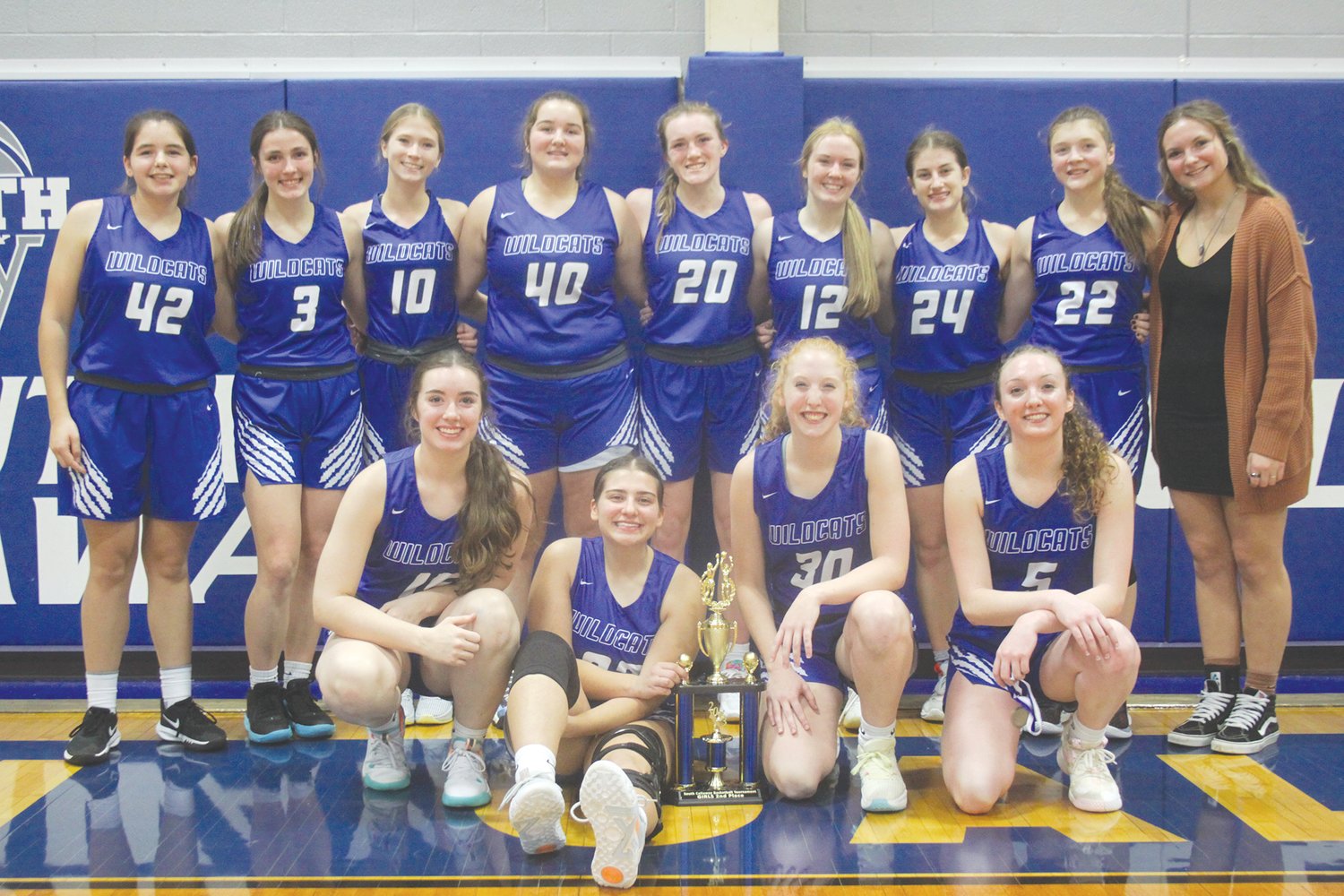 The Montgomery County girls basketball team poses with its second-place trophy after losing to Fatima 48-41 in the finals of the South Callaway Tournament on Jan. 18.
Theo Tate photo
Posted Thursday, January 19, 2023 9:48 am
By Theo Tate

The Montgomery County girls basketball team was hoping to bring home its first South Callaway Tournament championship in more than 30 years on Jan. 14.

But the Fatima Comets had other ideas.

The Wildcats picked up their second tournament runner-up trophy of the season after losing to the Comets 48-41 in the South Callaway Tournament girls championship game. MCHS placed second in its own tournament a month ago.

The Wildcats played a Fatima squad that is enjoying another successful season. The Osage County school improved to 11-3 and is looking to finish with its 14th consecutive winning season.

“They’re well-coached and they’ve been well-coached for a long time,” MCHS coach Joe Basinger said. “They have kids who can shoot the basketball. They have a really good player in Alli Robertson, who demands a lot of attention. They play extremely fast and extremely hard. That’s what makes them good.”

The Wildcats dropped to 11-4 and had their season-high five-game winning streak snapped. MCHS, the No. 3 seed in the eight-team tournament, defeated sixth-seeded Russellville 51-35 in the first round and second-seeded Hermann 54-32 in the semifinals to advance to the championship game against top-seeded Fatima, which won the South Callaway title for the second year in a row.

The win over Hermann in the semifinals gave the Wildcats a boost of confidence for the championship game against the Comets. MCHS beat the Bearcats for the second time in six days after losing to them by a point in the Montgomery County Invitational finals on Dec. 3.

“It was so fun,” MCHS junior Olivia Shaw said. “It was a different type of feeling because it was like we were beating ourselves from the loss in our own tournament. Each time, we want to beat them more.”

The Wildcats will play Hermann again in a first-round game of the Hermann Tournament on Jan. 23.

“If you get to the championship game, you’re going to play a really good team,” he said. “It’s just really hard. I told my players the more we put ourselves in position, the more comfortable we’ll be and we’ll come out on top. I truly believe that.”

All three players finished in double figures against Hermann in the semifinals.

“Queathem, Carson and Malia were phenomenal against Hermann,” Shaw said. “That was a great game.”

Rodgers finished with 10 points against Fatima and 43 for the tournament. With 19.5 seconds left, she hit a 3-pointer to get the Wildcats within three points, 44-41, before the Comets hit four free throws down the stretch to pull off the win.

Queathem finished with nine points against the Comets and 31 in the tournament. Flake earned an all-tournament honor after scoring 16 points in the Wildcats’ win over Hermann in the semifinals.

Shaw had a pair of strong efforts in the tournament, grabbing 13 rebounds against Russellville and scoring nine points against Fatima.

“We worked our butts off all week,” Shaw said.

Fatima stormed to an 11-4 lead late in the first quarter. The Wildcats rallied to tie the game at 32 on a pair of free throws from Queathem early in the fourth, but that’s as close as they would get.

“I can’t say enough good things about coach (Matt) Baker and Fatima,” Basinger said. “That’s a class program. They’ve been here and they’ve done it. They’re the No. 6-ranked team in a class ahead of us for a reason and we took them to the wire.”

The Wildcats defeated Bowling Green in a road game on Jan. 17. They have a home game against Wright City on Jan. 19.