April 22 was a memorable day for Kayla Knipfel. 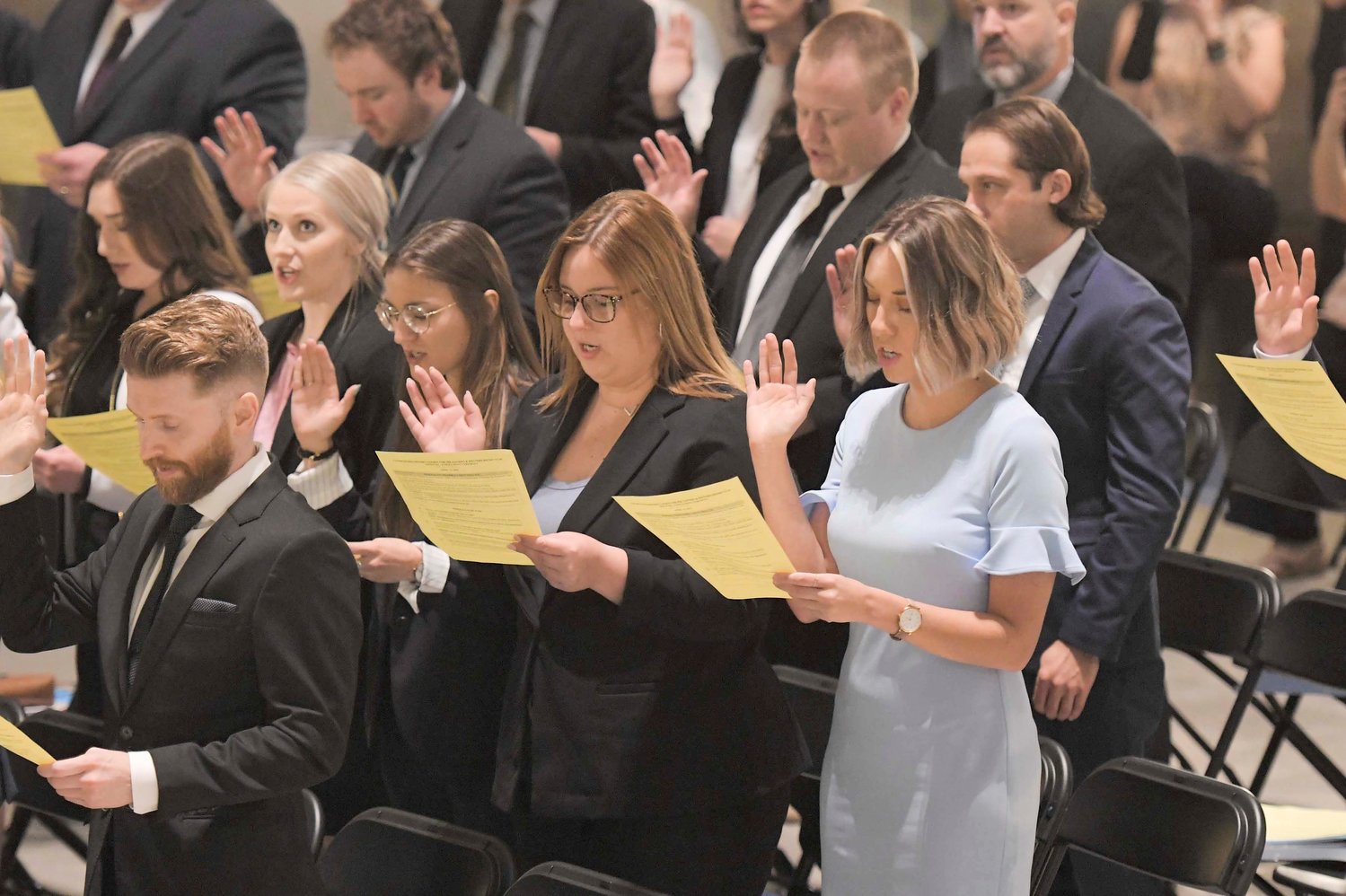 Montgomery County graduate Kayla Knipfel, front right, gets sworn in as attorney at the Missouri State Capitol on April 22, 2022. Knipfel was recently hired to work as associate attorney at Paul LLP Trial Attorneys in Kansas City.
Submitted photo
Posted Thursday, May 12, 2022 9:53 am
By Theo Tate

April 22 was a memorable day for Kayla Knipfel.

That’s when the Jonesburg native was one of numerous people getting sworn in as attorneys during a ceremony at the Missouri State Capitol in Jefferson City.

Kayla Knipfel was sworn in just months after graduating from law school at the University of Missouri-Kansas City. Her mother, father and boyfriend attended the ceremony.

“The moment itself was very special, having the Supreme Court of Missouri up there in the front,” Knipfel said. “To get sworn in with some of my classmates who I have been through this experience with for the past three years was a really neat experience.”

Now, Knipfel is working as an associate attorney at Paul LLP Trial Attorneys in Kansas City. She started working there in March. Then, she became an attorney at the firm after she was sworn in at Jefferson City.

“It’s a special feeling, especially knowing that there aren’t a lot of attorneys from the (Montgomery County) area in general and there are not a lot of female attorneys,” Knipfel said. “I felt very fortunate to have this experience. I do feel like I had a lot of support from the community, whether they would be teachers, family members or friends along the way.”

Knipfel, 24, has set a goal for her first year with the firm, which was started by lawyer Rick Paul in 2013.

“I would like to grow professionally and maybe eventually become a partner at a law firm,” Knipfel said. “But along the way, I want to make a difference in being able to help the lives of others who aren’t able to represent themselves.”

Knipfel graduated from Montgomery County High School in 2015. She said when she was in middle school, she had thoughts of working as an attorney in the future.

“It’s always been an ambition of mine that I had in the back of my head,” Knipfel said. “Then, whenever I finally got to college as an undergrad, I started taking business law classes for my business major. It really affirmed it for me that this was the path that I wanted to go down.”

Knipfel graduated from Missouri State University with a Bachelor’s degree in business management in December 2018. Then, she decided to go to Kansas City to attend law school.

Knipfel graduated from the UMKC Law School in December 2021. She said she enjoyed her three years at the Kansas City school.