Days after the death of baseball legend Hank Aaron in January 2021, Robert F. Kennedy Jr. went on social media to seemingly suggest — without evidence — that his passing could be … 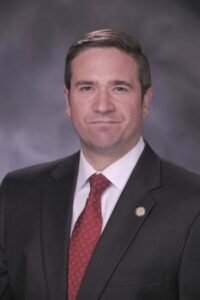 Days after the death of baseball legend Hank Aaron in January 2021, Robert F. Kennedy Jr. went on social media to seemingly suggest — without evidence — that his passing could be connected to the COVID-19 vaccine.

Kennedy, the nephew of the former president, has been a major figure in the anti-vaccine movement for more than a decade.

And like many vaccine skeptics, he latched on to Aaron’s death at a time when public health officials were working overtime to get as many Americans — especially older Americans — to take the coronavirus shot.

“Hank Aaron’s tragic death is part of a wave of suspicious deaths among elderly closely following the administration of COVID vaccines,” Kennedy tweeted.

Aaron died in his sleep a little over two weeks after he and other prominent civil rights figures publicly received the COVID vaccine to encourage other Black Americans to do the same. Medical examiners said there was nothing to suggest he had an allergic or anaphylactic reaction related to the vaccine.

Facing public criticism, Kennedy would later write that he “never said that the Moderna shot caused Aaron’s death.”
Kennedy’s 2-year-old tweet recently reemerged after Missouri Attorney General and Rhineland resident Andrew Bailey shared a screenshot on Twitter of a 2021 email — obtained by his office as part of a lawsuit against the federal government filed with Louisiana Attorney General Jeff Landry — showing a White House official urging Twitter to remove it from the site.

It’s unclear if Kennedy’s tweet was ever removed. It’s live on the platform today.

Bailey went on to tweet screenshots of other emails from White House officials asking social media executives about steps being taken to deal with vaccine misinformation and complaining about posts featuring right-wing personalities arguing the COVID vaccine didn’t work.

“We now have hard evidence that President Biden’s administration colluded with social media companies to censor differing viewpoints and silence ‘misinformation’ that was later deemed true,” Bailey tweeted on Feb. 6.

The new attorney general’s decision to cast his lot with vaccine skeptics follows the lead of the man he replaced in the office, Eric Schmitt, who resigned after being elected to the U.S. Senate.

Schmitt sued the federal government last year claiming it was colluding with social media companies to suppress free speech. In August, his office added a smattering of plaintiffs to the case, many of whom are longtime vaccine skeptics. In the months since, the lawsuit has become a cause célèbre for some of the country’s most prolific anti-vaccine activists.

That includes Kennedy, who along with three others accused of being major purveyors of online medical misinformation — Dr. Joseph Mercola and Ty and Charlene Bollinger — attempted to intervene in the lawsuit late last year.

Schmitt’s office filed a brief opposing their efforts to officially join the lawsuit, arguing that they are already “adequately represented” in the litigation.

Asked about his opinion on Kennedy’s anti-vaccine activism, as well as whether he believes vaccines are dangerous, Bailey said through his spokeswoman that the lawsuit is “not about vaccines, it’s about the defense of our constitution.”

“I’ve said from day one that I will always fight back against unelected bureaucrats or anyone else seeking to violate the constitution, or indoctrinate us without access to free and open debate,” he said, “and that’s exactly what we’re doing here.”

Missouri’s attorney general is playing a dangerous game by cozying up with the anti-vaccine movement, said state Rep. LaDonna Appelbaum, the ranking Democrat on the Missouri House health and mental health policy committee.

“It’s disgraceful, to be quite honest,” she said. “The ripple effects this could have, with our attorney general normalizing these people spreading lies, it’s petrifying.”

Dr. Peter Hotez, co-director of the Texas Children’s Hospital Center for Vaccine Development and dean of the National School of Tropical Medicine at Baylor College of Medicine, said contrary to what the attorney general says, the issue isn’t free speech. It’s “anti-vaccine aggression,” he said, being sold as “health freedom.”

“It’s a phony concept of what they call health freedom or medical freedom,” he said. “The anti-vaccine activists were losing the argument about vaccines and autism because so many of us had debunked all that, and they needed something new and fresh.”

Anti-vaccine messaging on social media may seem like “a tempest in a teapot,” Hotez said, but in reality it has helped fuel mistrust that led people not to get vaccinated.

“We saw Americans needlessly lose their lives,” he said, “because of the anti-vaccine aggression that was basically sanctioned by elected officials and Fox News and pseudo intellectuals.”

Missouri’s attorney general is “using health freedom propaganda for his own political advantage,” Hotez said, “but to the detriment of the people that he’s supposed to be serving, who have lost their lives by the thousands.”

The mainstream medical community, including the Centers for Disease Control and Prevention and the U.S. Food and Drug Administration, have emphasized that the COVID vaccine is safe and effective.