Before starting the invocation at the Montgomery City Area Chamber of Commerce Spring Banquet on April 21, Mike Lichtenberg asked the 90 people at the Mid-Mo Shrine Club building to give Chamber … 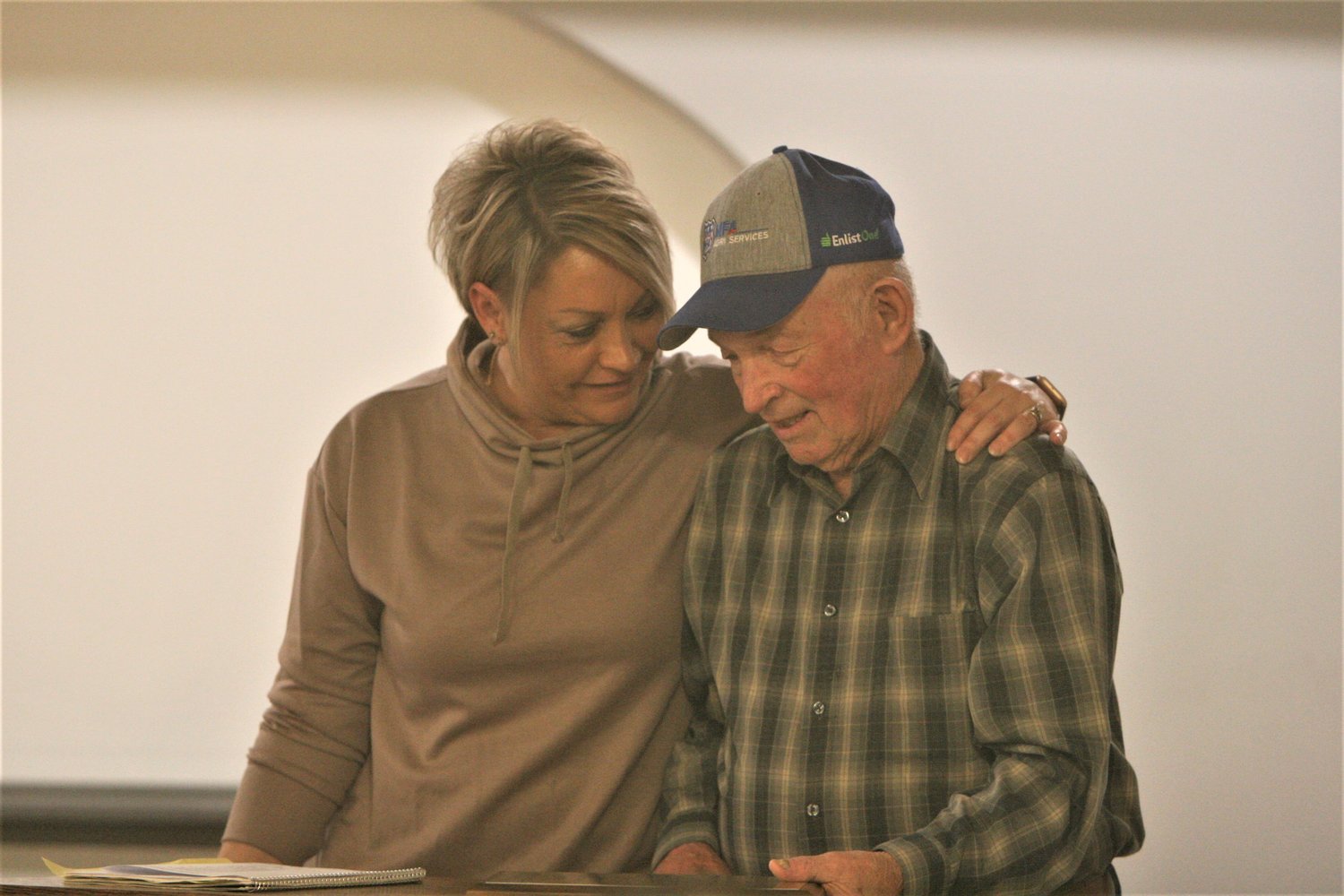 Before starting the invocation at the Montgomery City Area Chamber of Commerce Spring Banquet on April 21, Mike Lichtenberg asked the 90 people at the Mid-Mo Shrine Club building to give Chamber President Desiree Peak a big round of applause.

“Desiree went above and beyond to put this together,” said Lichtenberg, a Chamber member and the owner of Mike’s AutoCrafts.

This year’s banquet was held for the first time since 2019. Porta King, Farmers and Laborers, Jonesburg State Bank and the Mid-Mo Shrine Club were the sponsors.

“We want to thank Mother Nature for allowing us to be here tonight,” Peak said.

Peak was also happy that Gene Eldringhoff attended this year’s event. He was elected as a recipient of the Chamber of Commerce Lifetime Achievement Award for his numerous contributions to the Montgomery City community.

“I called Gene several months ago and asked him if he could kindly come to our meeting,” Peak said. “He told me, ‘No.’ But by golly, he’s here.”

“To join that particular company is quite humbling,” Eldringhoff said. “To the Chamber of Commerce, the things that you have done in the past are absolutely to be commended. Without the Chamber, there are many things in this community that would have never happened.”

Speight made the presentation of the award to Eldringhoff.

“This gentleman was very kind to me when I first came to the community 44 and a half years ago,” Speight said. “He’s one of those people who reached out to me as a member of the community and made me feel welcome.”

Montgomery County Senior Center Director Jill Burch was the event’s guest speaker. During her 15-minute speech, Burch talked about her 15-month tenure as director. She took over duties on Jan. 28, 2021.

“It was a real eye opener when I started there,” Burch said. “I always loved the elderly group of people. I have always been drawn to that age. I’ve been involved in the Senior Center a couple of times, like I was involved with a group that will help with one of the chicken dinners or something like that. But I never really knew what happened there.”

Burch said having volunteers at the Senior Center has been helpful. The building had 415 volunteer hours in March.

“We work hard, but we play hard,” Burch said. “We could not have done it without our volunteers. Our numbers continue to go up. When I first started, we were delivering around 60-70 meals a day. Right now, we’re delivering 100. We average 155 meals a day because we deliver, we have takeout and we have dine in. That’s over 3,000 meals a month. That’s a lot of cooking.”

Among the other people in attendance were State Representatives Jeff Porter and Bruce Sassmann and County Commissioners Dave Teeter and Doug Lensing.

Dinner was served by Okie Doke BBQ in Martinsburg. Brian Bufka, who was the Chamber president last year, gave the year in review for 2020 and 2021.

“We could not do the things that we do without all of your support,” Peak said. “It is really appreciated.”