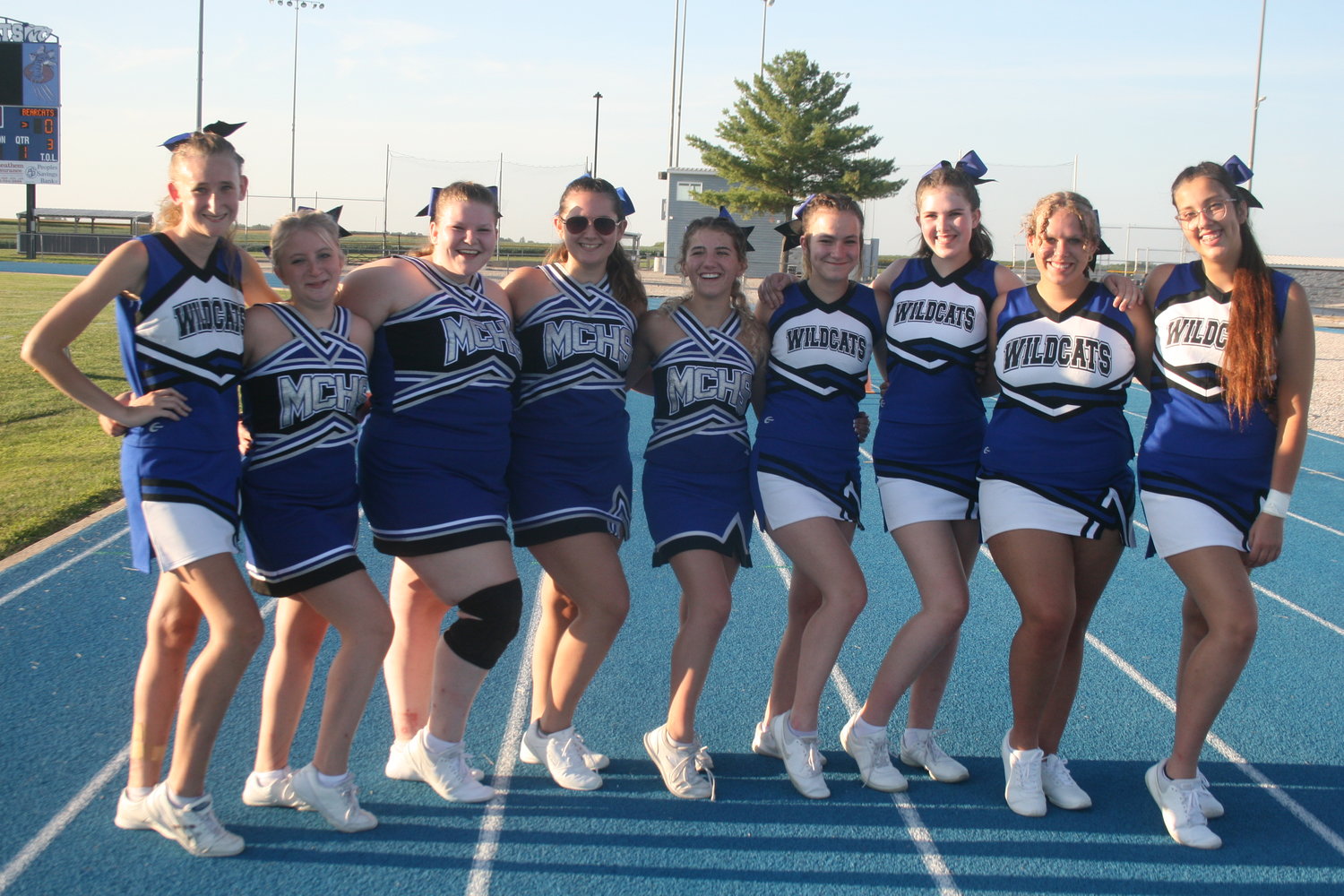 Woods takes over head coaching duties of a MCHS football cheerleading team that has 10 girls this year. She replaced Kim Clements, who headed the program for 11 years before stepping down after the 2021 season.

“When Kim came to me last year saying that she was ready to pass the torch, I was super excited to pick up the torch,” Woods said. “Kim has been helping me a lot along the way, but it’s been a pretty flawless transition from one to another.”

Woods made her coaching debut on Aug. 26, when the Wildcats took on Hermann in their season opener at Jim Blacklock Field. Woods said she’s happy to be back at her alma mater coaching a sport she really loves.

“I came back to Montgomery County to teach,” Woods said. “That was always my goal. Eventually, I wanted to be part of the cheer program.”

Woods graduated from MCHS in 2017. She said her favorite moments of being a MCHS football cheerleader were dancing on the field at halftime and being outdoors.

Sophomores Rebecca Schulze and Myla Woltman round out the team.

“They’ve been working incredibly hard,” Woods said. “We had at least two-hour practices every single day. We’ve been out on the field. We worked in the gym because it’s been super hot outside.”

Ridenhour and McGough are the team’s captains. McGough was on the basketball cheerleading team last winter.

“They have amazing leadership skills,” Woods said. “They’re very compassionate and the girls are very confident coming to them with any problems that they have. They lead the team with grace and strength.”

Woods said her team prepared for the 2022 season by participating in a couple of camps over the summer. They were held three hours a day, five days a week.

Sophomores Megan Eikel and Abby Arens are the team’s managers.