With the 150th anniversary celebration of the New Florence Cemetery approaching, Glenn “Crash” Bartlett decided to make an addition to the cemetery grounds.

It took him just two days … 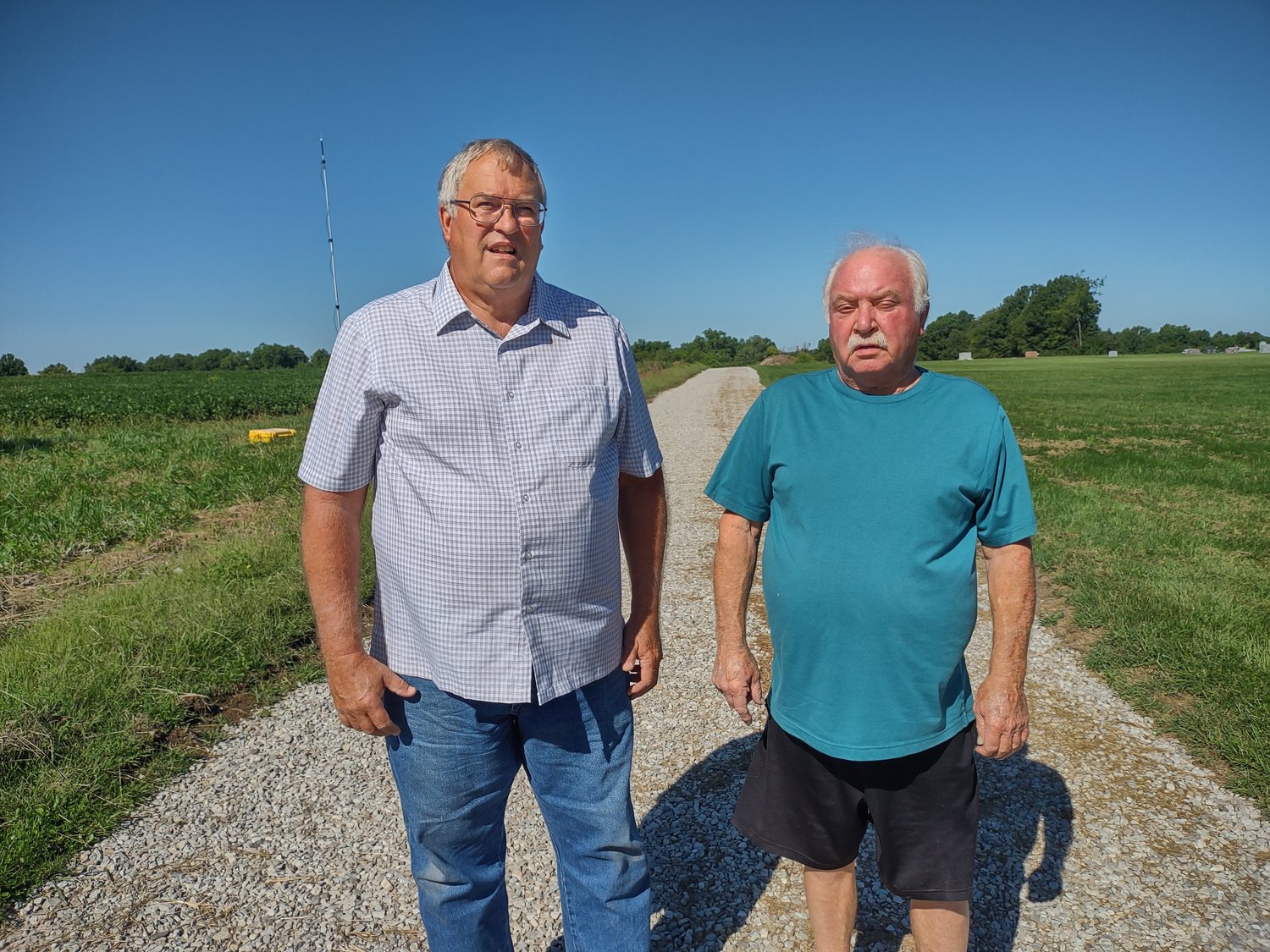 Larry Elflein and Ralph Young of the New Florence Cemetery Board pose at the new south road near the cemetery that was constructed by Glenn Bartlett Trucking and Excavating in August.
Theo Tate photo
Posted Monday, September 12, 2022 12:56 pm
By Theo Tate

With the 150th anniversary celebration of the New Florence Cemetery approaching, Glenn “Crash” Bartlett decided to make an addition to the cemetery grounds.

It took him just two days to do it.

Bartlett, who owns a trucking and excavating company in New Florence, built a 600-foot gravel road located just south of the cemetery in early August. Schmidt Farms of Montgomery City helped with the project by hauling the rocks.

“They approached me and wanted to know what it would cost to put that road back there,” Bartlett said. “I told them I’ll look at it and I did. When I saw it, I told them that I’ll donate my time. It would take about 12 loads of rock. I figured it would be like $4,000. They said, ‘Go for it.’ It took me a day to cut it out and a day to rock it.”

Larry Elflein of the New Florence Cemetery Board said he was glad that Bartlett completed the project since a new road has been needed in the cemetery grounds for many years.

“He was working across the road,” Elflein said. “I’ve known Crash for many years. So I asked him what it would take to dig this out while he was in the neighborhood.”

Bartlett said he has been getting many compliments for his work in social media.

“I hear about it all of the time,” said Barlett, who earned the nickname, “Crash,” when he was a seventh-grade student competing in the pole vault at Montgomery County Middle School. “They put it on Facebook and all of that. That’s not why I did it. I don’t like being recognized for that. I just did it for the cemetery, saving a couple of thousand dollars.”

Bartlett, who has been living in New Florence since 1972, is no stranger in building roads. He’s been working in the excavating business for a long time.

“I’ve been pushing dirt and playing in the dirt for 30 years,” Bartlett said. “I’ve been on my own for almost 20. I run dozers and scrapers and I do heavy hauling in the winter. I pushed dirt in the summer. That’s how I make my living.”

The New Florence Cemetery is having its 150th anniversary celebration at 1 p.m. on Oct. 1 at the Old Settlers Picnic Grounds, located north of the cemetery. For a year, the cemetery has been running a fundraising campaign and is halfway to the goal of $25,000 for stone repairs.

In May, a new entrance sign was built at the cemetery, which is located off Highway 19. It was donated by John Stambaugh and Charles Knight.