PLTW program is a hit with students

When Kista River was hired as the Project Lead The Way teacher at Montgomery County Middle School seven years ago, she was excited to help give students a chance to develop real-world knowledge and …

PLTW program is a hit with students 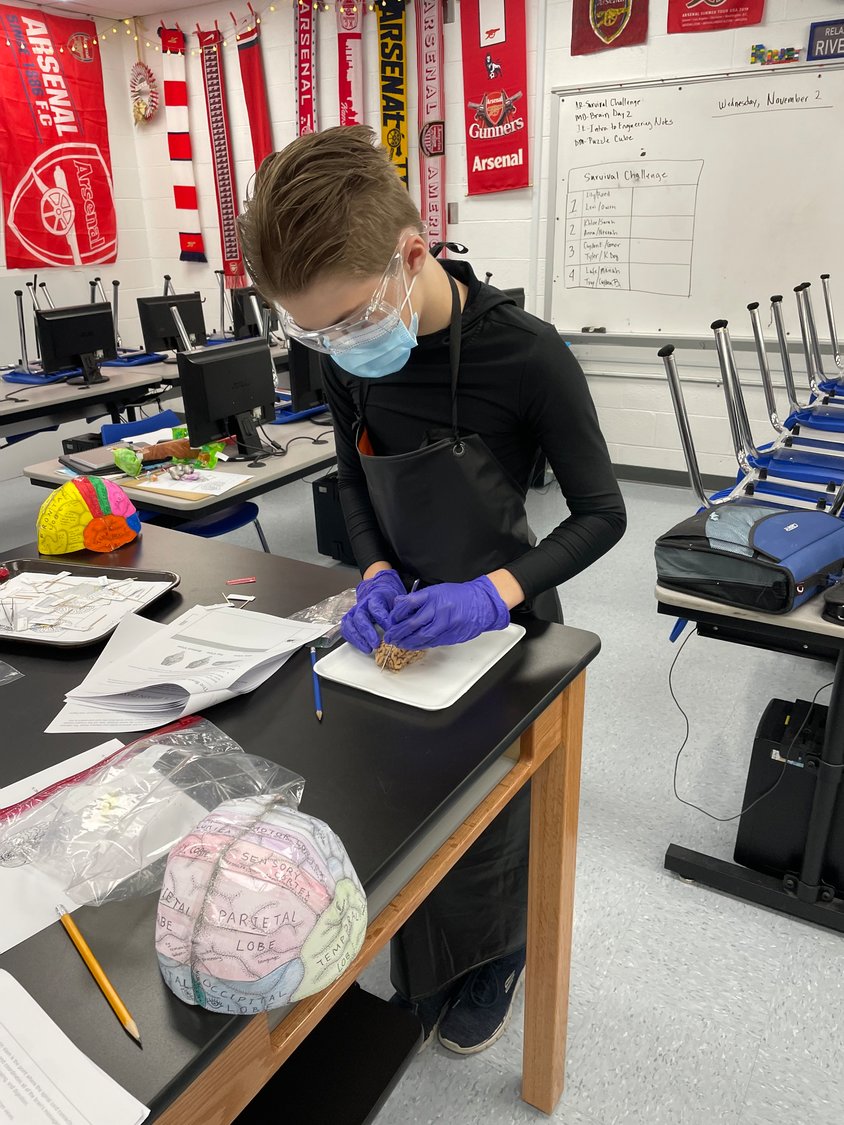 When Kista River was hired as the Project Lead The Way teacher at Montgomery County Middle School seven years ago, she was excited to help give students a chance to develop real-world knowledge and skills that are needed to succeed in life.

“At the time, I was an eighth-grade language arts teacher,” River said. “I taught eighth-grade science before that and I always kind of felt like there wasn’t any particular subject I taught kids. This was going to be an opportunity for me to be able to teach kids in a new way than I have been able to do in a different classroom setting. So I just applied and I went to all of the training sessions all around the country.”

Project Lead The Way is for sixth, seventh and eighth-grade students at MCMS. The program incorporates science, technology, engineering and math. Students get to learn computer science, engineering, robotics and biomedical science.

“They love it,” River said. “It’s interesting because it challenges some kids who are probably really good in school in a traditional classroom setting. There’s not one right answer to a lot of the problems that we’re solving here. A lot of kids are used to having one right answer and getting it the first time. But it also gives a lot of kids who may not always be successful in a traditional classroom setting. A traditional core class, for example, gives them the opportunity to be successful here because it’s hands-on and it’s thinking in different ways. A lot of our kiddos have great mechanical sense and it doesn’t always translate really well in a different kind of classroom setting.”

River said she had plenty of students who participated in her PLTW class all three years. Even her daughters, Brooke and Taylor, took PLTW classes.

“It’s pretty neat that our middle school kids are able to use it,” River said. “The PLTW curriculum was rewritten a few years ago and it was made a little bit simpler. But I felt our kids were capable of doing bigger and more complicated things. So I went the other way and ramped it up a bit. The software that they use for design and modeling, for example, is Auto Desk Inventor. It’s the same software that engineers use all over. It’s not a school, student or kid version. It’s a legitimate engineering software. The robotics software is the same software that robotics engineers are using. They are learning how to use real world hands-on things with stuff.”

A new semester of PLTW started on Jan. 4, when students returned to MCMS following a two-week holiday break.

“My advanced robotics class has all students from the first semester,” River said. “My second semester group is all new. I don’t have a rigid curriculum. I try to change things up every semester, so we kind of work with how the kids’ skills are and what kind of things they do well. By the end of the semester, we try to capitalize on all of their strengths and make it as exciting as possible.”

River said her PLTW classes had a successful turnout in the first semester.

“The first semester was a lot shorter than the second semester, so I have to do a lot of creating and figuring out how to still get all of the big things that they needed in a much shorter time frame than the second semester will get,” River said. “It was good. I had great kids. They were excited about what they were doing and they cranked out some interesting projects.”