The third time’s the charm for El Reagan on Aug. 6 at the Old Settlers Picnic queen contest in New Florence. 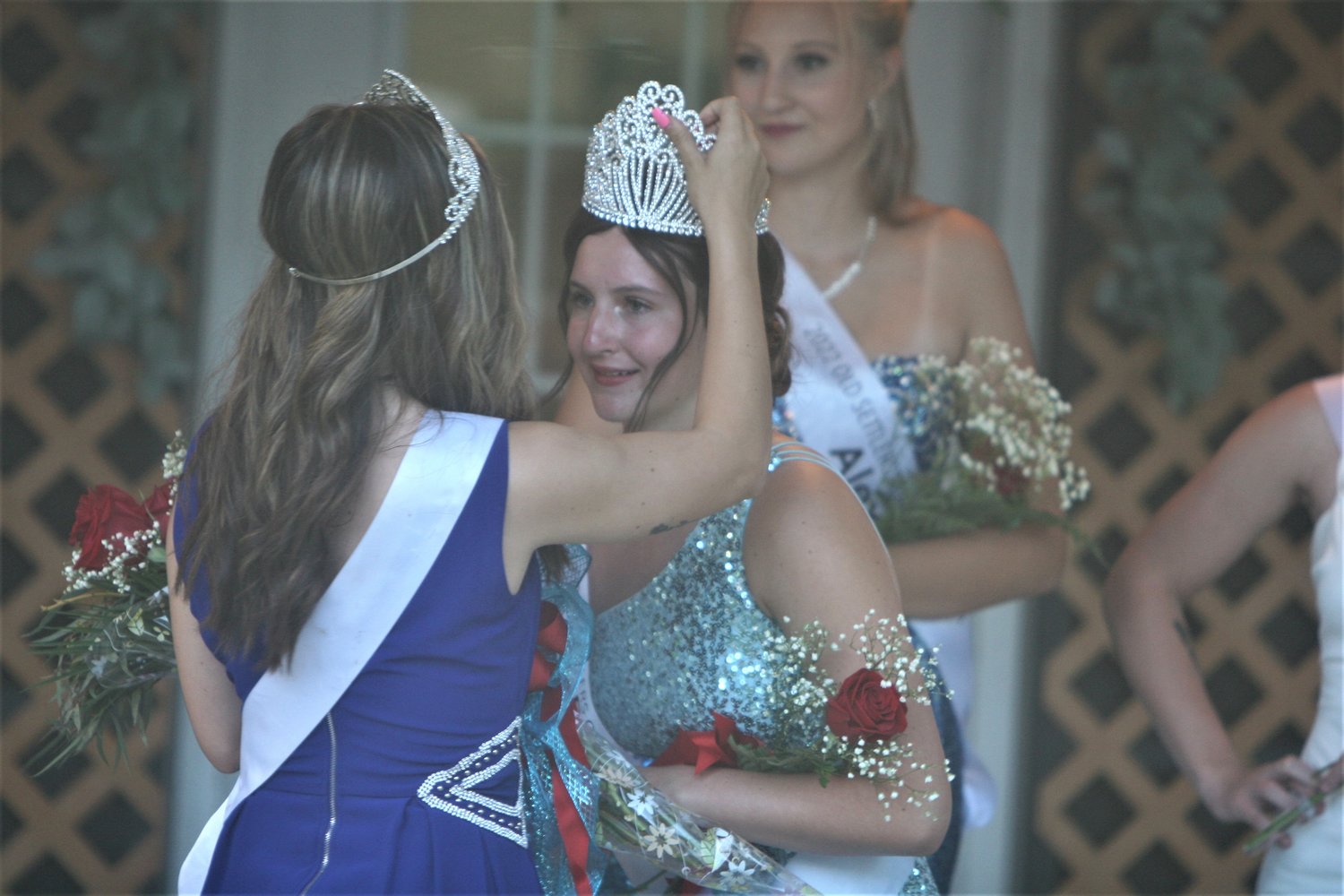 The third time’s the charm for El Reagan on Aug. 6 at the Old Settlers Picnic queen contest in New Florence.

After falling short in queen contests at the Jonesburg Homecoming and the Montgomery County Fair earlier this summer, the High Hill resident came out on top at the Old Settlers queen event, which was held at the Old Settlers Picnic Grounds in New Florence.

Reagan, who will be a junior at Montgomery County High School this fall, beat out Kaylie Davis, Alexa Groeber and Haley Heller in the contest.

“I almost couldn’t believe it,” Reagan said. “I was really excited.”

“I’m very much a people person,” Reagan said. “I feel my interview went really well. I’ve also done this before. So I have a little bit of experience. All of the girls did a great job.”

“To me, the fact that I got Miss Congeniality is way more important to me,” Reagan said. “I could not win anything in Miss Congeniality and be completely satisfied with that because that’s more about who you are.”

Reagan said after a year, she enjoys competing in queen contests.

The win in the Old Settlers Picnic queen contest was one of Reagan’s two big highlights in 2022. The other one was the Class 3 state championship in the pole vault in May.

“The pole vault title is going to help me a lot in the future, but so will this (Old Settlers queen),” Reagan said. “This will get me more involved in my community.”

“I love seeing everybody here,” Reagan said. “I see a lot of people that I don’t get to see very often. They all come down here for Old Settlers. It’s kind of a big reunion.”