Before he passed away on Aug. 10, 2021, Guy Robinson was a motorcycle enthusiast.

“He would ride his bike going to work and at night coming home,” said Ashley Robinson, Guy’s … 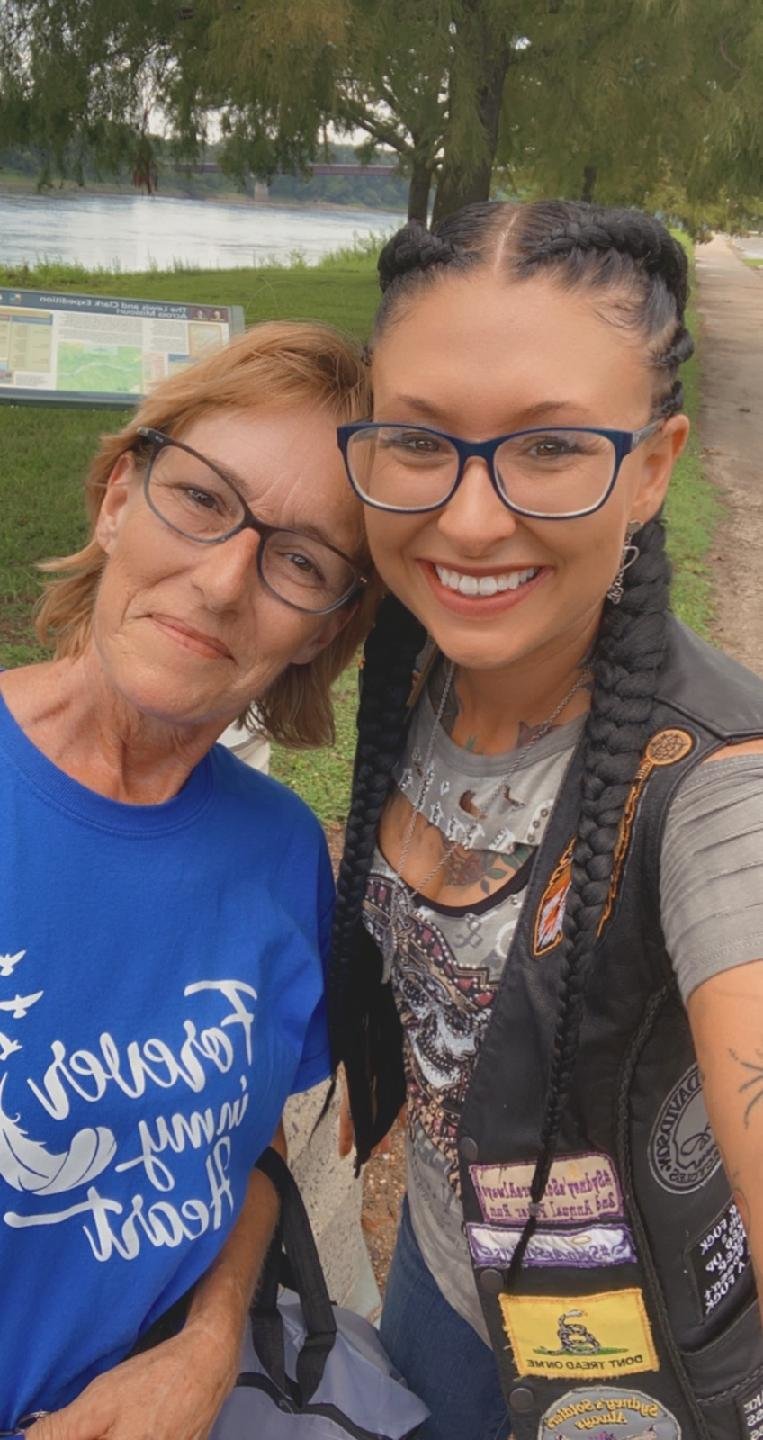 Brenda and Ashley Robinson pose during the Second Annual Guy Robinson Memorial Ride on Aug. 6. The event was named after a motorcycle enthusiast who died on Aug. 10, 2021. Brenda is Guy’s widow and Ashley is Guy’s niece.
Submitted photo
Posted Monday, August 15, 2022 1:13 pm
By Theo Tate

Before he passed away on Aug. 10, 2021, Guy Robinson was a motorcycle enthusiast.

“He would ride his bike going to work and at night coming home,” said Ashley Robinson, Guy’s niece. “Whenever he had the chance, he got to ride.”

For the second year in a row on Aug. 6, Ashley dedicated her uncle’s passion for motorcycles by having the Guy Robinson Memorial Ride, which started and ended at City Hall in Montgomery City.

“Riding has always been a huge part of Guy’s life,” Ashley said. “He’s a big reason why I ride today.”

Guy’s widow, Brenda, participated in the memorial ride in both years. Guy and Brenda were married for 27 years.

“Last year, I surprised my aunt Brenda,” Ashley said. “She didn’t know about it until I drove her up to meet with everybody. This year, she was aware. She knew about it.”

The ride lasted for more than four hours through the sizzling hot conditions. Originally, the ride was going to go through Hermann, Truxton, Jonesburg and Bellflower. But heavy rain forced the riders to go through another route.

“We went to Hermann and it poured on us pretty hard,” Ashley said. “So we stopped and got something to drink and waited out the rain. Then, we ended up hitting Highway 94 west.”

The riders went through Portland, then headed towards Crane’s Country Store in Williamsburg before cruising through I-70 east back to Montgomery City. After the ride, Ashley and Brenda went to the Old Settlers Picnic in New Florence.

A total of 10 riders participated in the event this year. Brenda said she enjoyed the ride through Montgomery and Callaway counties.

She also liked that she got to see a rainbow for the second year in a row.

“Last year, it rained a little bit. There was a beautiful rainbow,” said Ashley, who has been riding motorcycles for about five years. “This year, when we were in Hermann, it rained. As we were leaving Hermann, there was another beautiful rainbow. We thought it was special.”