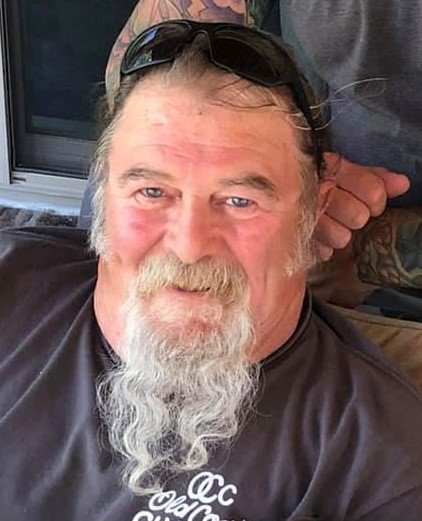 Russell Lee Burton was born on June 27, 1952 in Warrenton, to John W. Burton and Dolores Dell Huenefeld Burton. He graduated from Montgomery County R-II High School in 1970 and later graduated from Linn Tech. Russell was married to Becky Jones and to this union two boys were born, Justin and Ryan.

Later, Russell married Sherry Winford on August 8, 1997 in Sturgis, S.D., and have been married for over 24 wonderful years. He retired after 35 years as Superintendent of the Utility Department with the City of Montgomery. Russell was involved in many things over the years. To name a few were a Volunteer Fireman with the City of Montgomery; on the Montgomery County Fair Board; the Montgomery County R-II School Board, Coordinator Missouri State Fair Tractor Pull was a member of the Chain Gang working all the football games; the George Lipscomb Toys for Tots; and Old Coots Motorcycle Repair. He loved working and rebuilding old motorcycles and was really good at what he did. Russell will be missed dearly by his family and many friends.

Russell was preceded in death by his parents, John W. Burton and Dolores Dell Huenefeld Burton.