For 40 years, Dorsey Stotler has been a valuable member to the City of Montgomery, helping with maintenance at all three city parks, picking up yard waste and removing snow and ice on the … 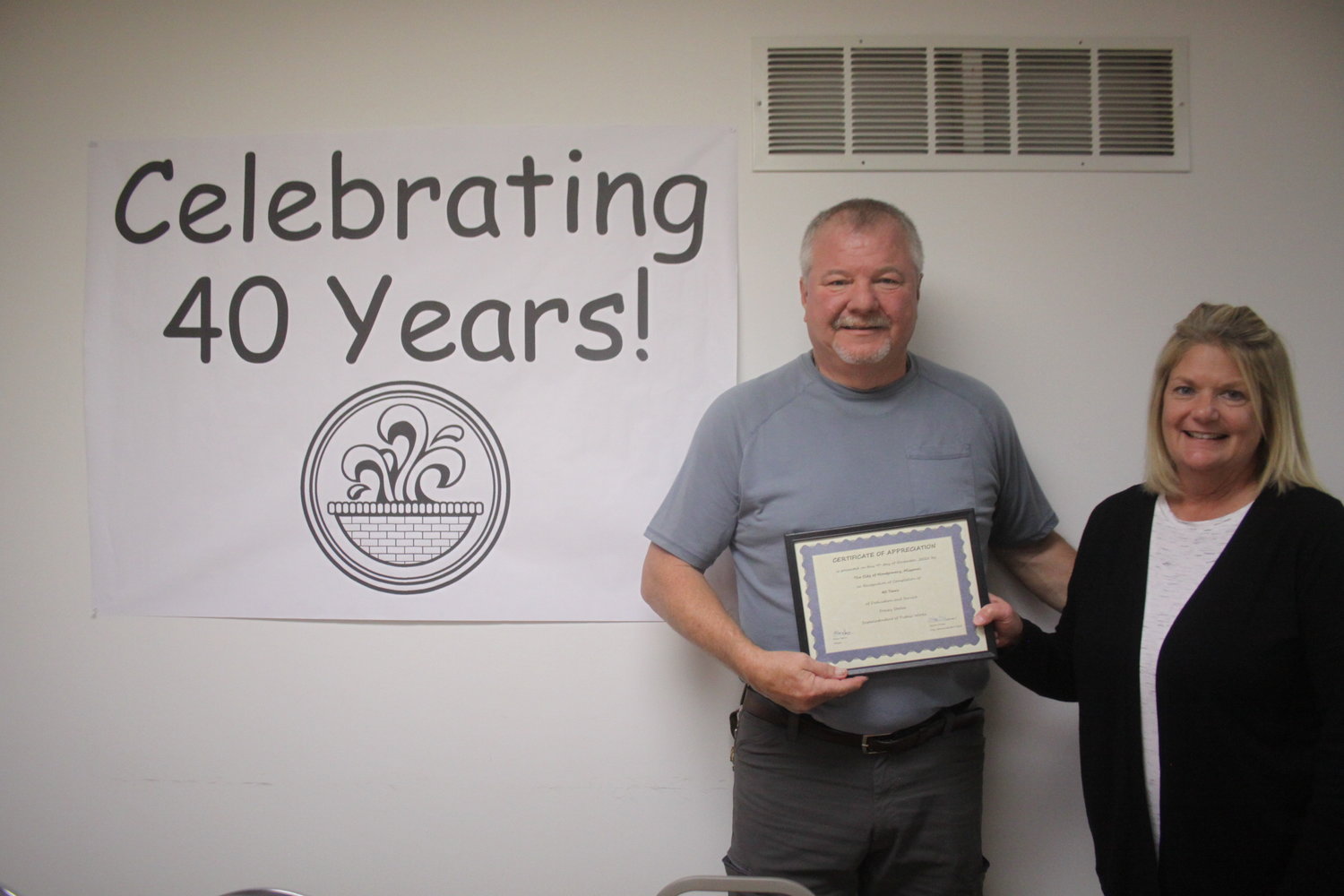 For 40 years, Dorsey Stotler has been a valuable member to the City of Montgomery, helping with maintenance at all three city parks, picking up yard waste and removing snow and ice on the streets.

On the morning of Nov. 9, the longtime Montgomery County resident was honored for his work with the city during an event at Montgomery City Hall that included plenty of food and a banner on the wall that said, “Celebrating 40 Years.”

Stotler has been the city’s superintendent of public works since July 1999. He was first employed by the city as a street laborer in August 1982, working with then-superintendent Emory Gerken. Stotler later worked with a new superintendent, James P. Forrest, before his retirement in 1999.

“It’s been a good one,” said Stotler, who lives in Montgomery City with wife Susan. “Hopefully, retirement will come soon.”

Stotler and Deputy City Clerk/Treasurer Linda Block are the two of the city’s longest-tenured employees. Block has been working with the city for 33 years.

“He’s mindful of the city and the citizens,” she said. “He and his crew do a great job with the equipment that we have and the amount of staff that we have to keep up with brush and street maintenance, snow removal and the whole nine yards. We appreciate everything he’s done. He has more to do.”

Block said one of the biggest changes Dorsey encountered with the city was the change in equipment.

“Dorsey indicated that the department had limited equipment in the early years,” Block said. “Throughout the years, the city has acquired equipment to help get jobs done with limited staff.  He mentioned that he is grateful to the numerous mayors, aldermen and city administrators for seeing this as a priority.”

When Stotler started working for the City of Montgomery in 1982, City Hall was in a different location.

Mike Johnson took over duties as city administrator when Stotler was hired 40 years ago.

“That’s when we transitioned to a city that had a managing position of city administrator,” Block said. “We haven’t always had one. Mike Johnson was our first one. The superintendents were next door in a little office. We had about the same number of staff. We used to have real trash service because we had a trash truck and had guys running that. We’ve gone through closing the landfill. We kind of developed a recycling program, and it has gone through its bumps and whatnot because it’s hard to find a source to get rid of recycling.”

“Russ Burton, the past superintendent of utilities, helped remodel Dorsey’s crew,” Block said. “Emery helped with that. Now, if something breaks down, we call Dorsey and his crew, depending on what the need is. We try to fix it ourselves. We have a lot of skilled people who work for the city and know different things.”

Stotler has one wish as the year 2022 approaches December in a couple of weeks.

“He’s hoping for a light winter with not a lot of snow,” Block said.