A year ago, the Wellsville-Middletown boys basketball team ended its season with its first trip to the Class 1 state tournament in 35 years.

With nine returning players this winter, the Tigers are … 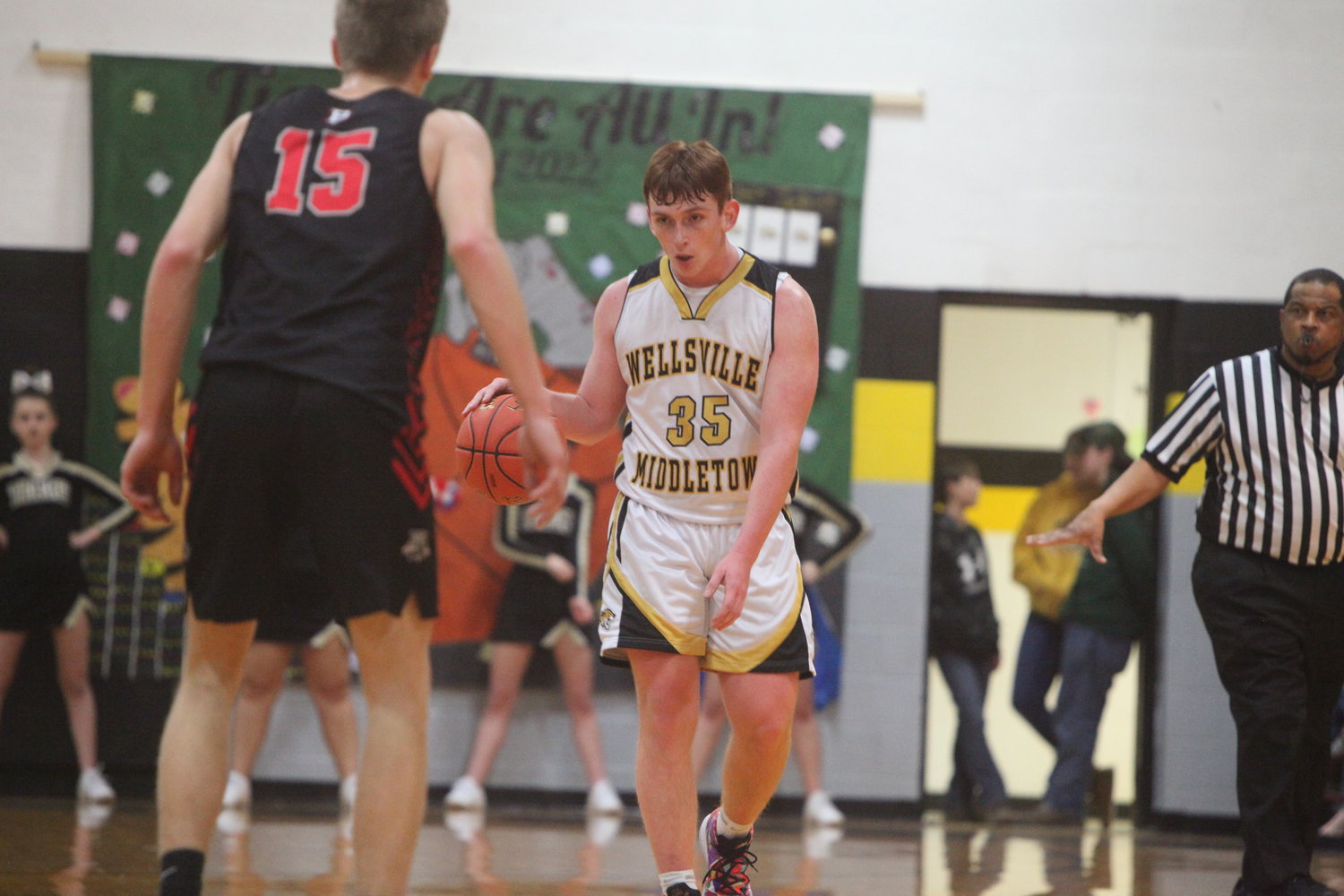 Sophomore Carson Huff is one of nine returning players on this year’s Wellsville-Middletown boys basketball team. Huff and the Tigers start their season at 7:30 p.m. on Nov. 22 with a road game against Community R-6.
Theo Tate photo
Posted Tuesday, November 22, 2022 9:06 am
By Theo Tate

A year ago, the Wellsville-Middletown boys basketball team ended its season with its first trip to the Class 1 state tournament in 35 years.

With nine returning players this winter, the Tigers are looking to do something they have done twice in their program history – go to state in back-to-back years.

“We work them hard as heck at 5:30 in the morning with no complaints and no excuses,” W-M coach Steve Lasman said. “They’re just a great bunch. They want more success.”

The Tigers have five seniors and four sophomores on their team, all of them played on last year’s squad that finished fourth at state.

Dylan Alsop, C.J. Curd, Jacob Mandrell, Lucas Moore and Logan Pursifull make up the senior class. Pursifull, who averaged 10 points and six rebounds per game in the 2021-22 season, is out until January due to an ACL injury he suffered in April.

Lasman said with Pursifull out, his team is going to struggle with size for the first two months of the season. Pursifull is the only player on the team who is six foot and over.

“Until we get him back, we’re going to be tiny,” Lasman said. “We’re going to be a small team, but what are you going to do? He’s a big loss. But we have to do the best we can. We still have to try to compete and win.”

“Our sophomores are going to have to step up,” Lasman said. “There could be three sophomores on the court at one time during the season. But right now we’re looking at two sophomores maybe starting, another one coming off the bench. All four sophomores may have to play. All four of them played last year.”

“This summer was a big adjustment for our kids,” said Lasman, who enters his sixth year as W-M coach. “We didn’t have Logan, we didn’t have Keaton and we didn’t have Isaac. We had a rough summer. We had a lot of adversity, but our kids have come back from that summer with a great positive attitude. Our kids still believe they can be successful.”

The Tigers celebrated their second straight winning season last year. They bounced back from an 0-2 start to finish with their first 20-win season since 2016.