The Wellsville-Middletown boys basketball team got a new assistant coach this season in Alex Thull.

So far, the former Culver-Stockton football standout has been a valuable member to the coaching … 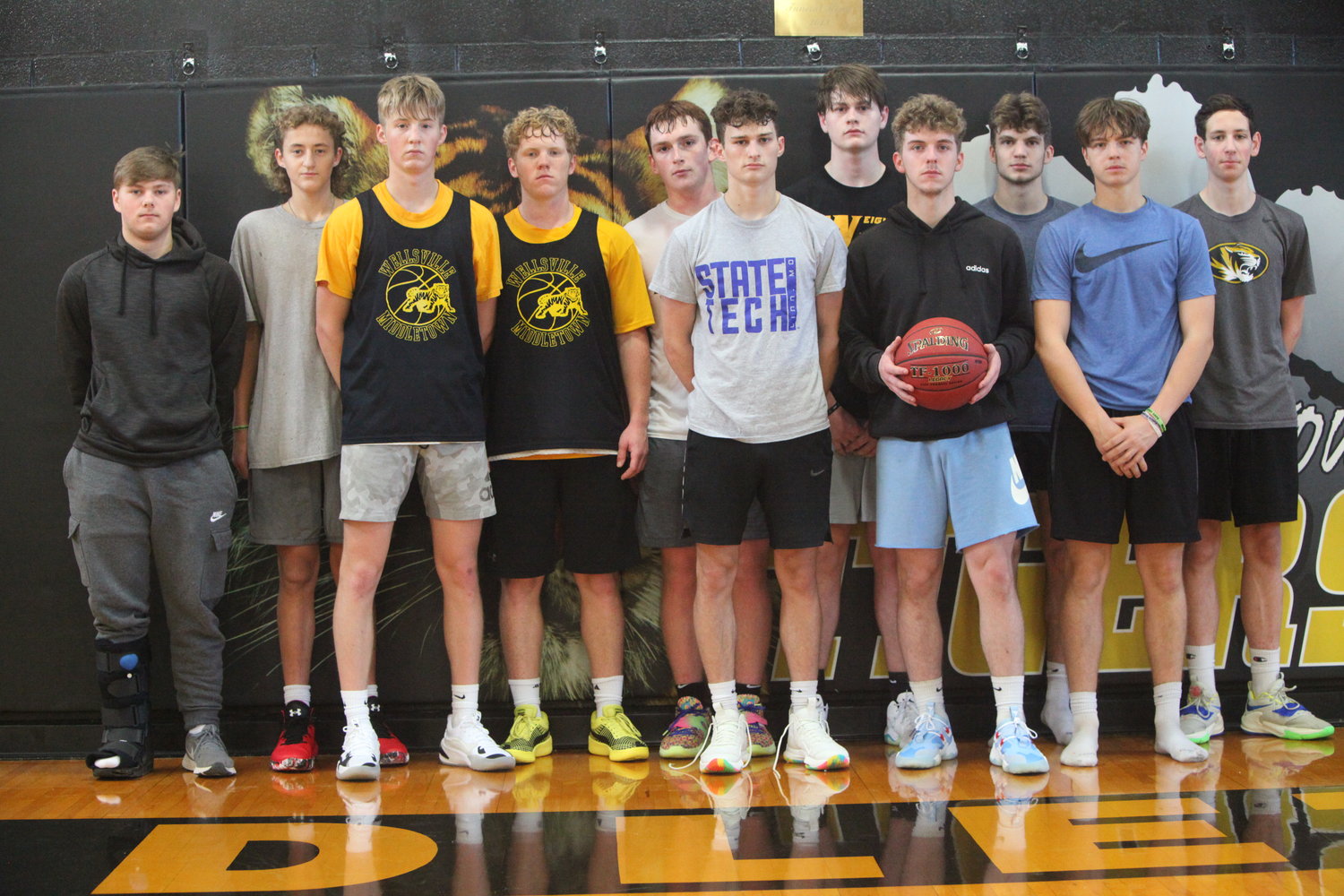 The Wellsville-Middletown boys basketball team got a new assistant coach this season in Alex Thull.

So far, the former Culver-Stockton football standout has been a valuable member to the coaching staff.

“He’s bringing that toughness and conditioning to our boys,” W-M head coach Steve Lasman said. “This is the best conditioned team I’ve ever coached. We’re in tremendous shape because of coach Thull and his body conditioning and our kids’ attitude about it. They really enjoyed being pushed physically.”

Hopefully, Thull’s training regimen will help the Tigers finish with their second consecutive winning season this winter. W-M enjoyed one of its best seasons in program history a year ago, finishing 19-7, winning a district championship and coming up one win short of going to the Class 2 Final Four.

Seven players are back from the 2020-21 team. They are seniors Isaac Seabaugh and Keaton Mayes and juniors Dylan Alsop, Jacob Mandrell, CJ Curd, Keaton Marshall and Logan Pursifull.

“We’re pleased with all 12 of our kids,” Lasman said. “They’re playing great. They’re working hard. Our JV is getting better every day. We’re really happy with our kids. They work hard and they put in the time. They come in at 5:30 every morning to practice. They’re committed to playing.”

Lasman said he’s thrilled that Seabaugh and Mayes returned to the team this year. Several weeks ago, they helped the cross country squad place third in the state meet.

“They’re the glue that holds our team together,” Lasman said.

W-M lost two key players – Clayton Ebers and Jamel Mahaney – to graduation. Ebers earned all-Eastern Missouri Conference, all-district and all-state honors last year and is currently playing basketball at William Woods University.
Lasman, who is in his fifth season as head coach, said in order to turn in another successful season, his team must improve on defense.

“We know that we have to play really good defense this year and that’s our big key because we lost 35 points from our three key kids who are not playing due to graduation or whatever,” Lasman said. “We need to make up points. Our two top priorities are conditioning and defense. I think the thing we’re really happy with is our kids are playing like a team with patience like we want. We want to be very patient on offense and we want to play good defense. The kids are playing really well together and they’re playing hard. We’re working them hard.”

Lasman said Alsop, Mandrell and Marshall will help bring depth to his team.

“For a 1A school, having three juniors coming off the bench is very unusual,” the W-M coach said. “We have confidence in all three, Dylan and Jacob and Keaton. We were a deeper team this year than we’ve been in the last five years.”