W-M seniors ready to go out in style

So far, the year 2021 has been a good one for Keaton Mayes and Isaac Seabaugh.

W-M seniors ready to go out in style 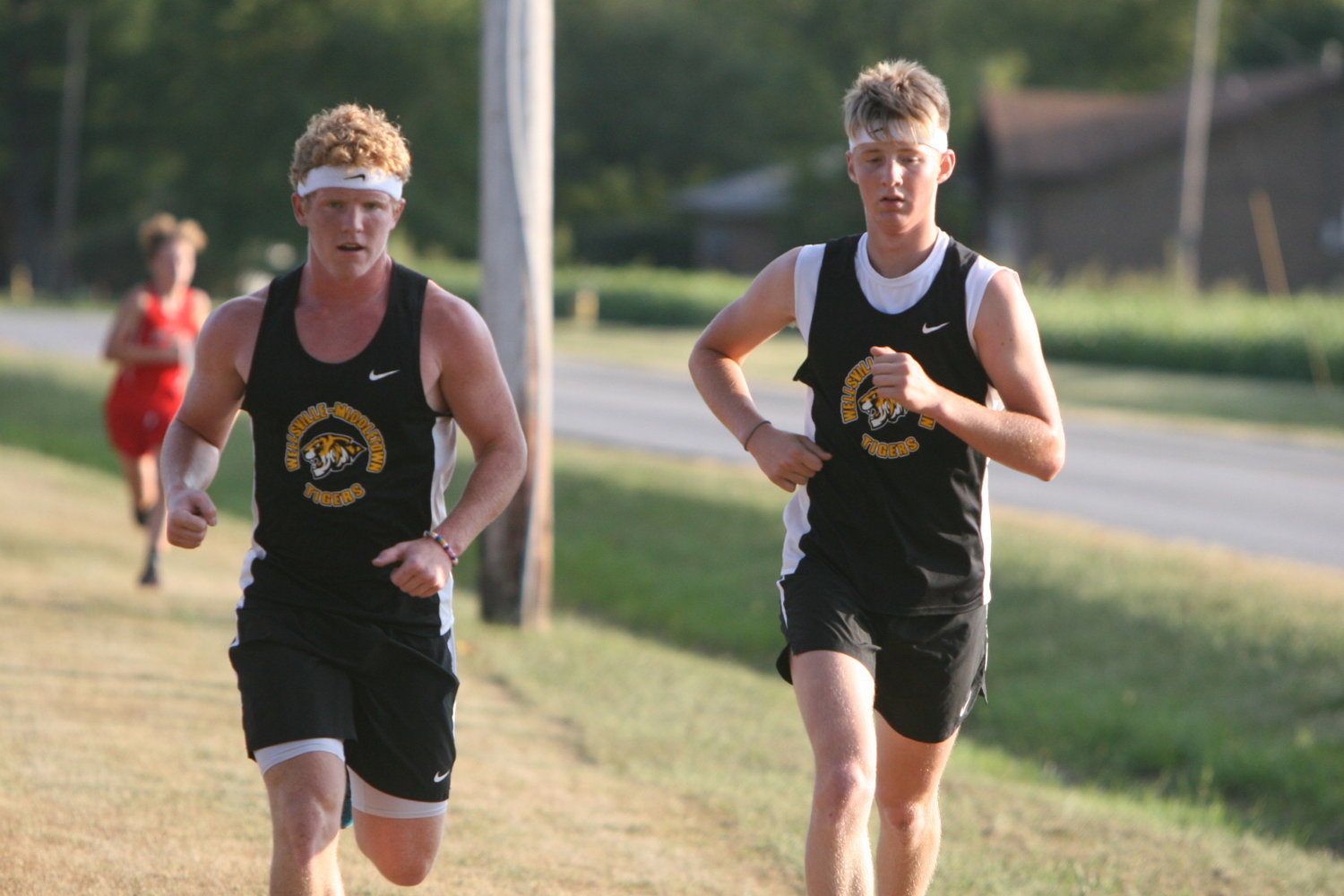 So far, the year 2021 has been a good one for Keaton Mayes and Isaac Seabaugh.

In March, the Wellsville-Middletown duo helped the boys basketball team win 19 games and capture a district title. Two months later, they were part of a 3,200-meter relay team that earned all-state honors with an eighth-place finish at the Class 1 state track meet.

Now, the seniors are looking to help the W-M boys cross country team wrap up its season on a high note.

“Hopefully, we’ll end this cross country season with a banner on the wall,” Seabaugh said.

Mayes and Seabaugh are looking to help the Tigers return to the state meet this fall. When they were freshmen, they helped W-M capture a district championship and qualify for state. Mayes and Seabaugh placed fifth and seventh, respectively, at the 2018 district meet.

“It would be a nice way to end the season,” Mayes said. “Coach (John Slovensky) said that he thinks this team could be the best we ever had. It would be nice for all of us seniors. It’s really cool for all of us to be in the same class and know that we can be the best.”

The Tigers have two more meets before they start preparing for the postseason. They will be competing in the Eastern Missouri Conference championship meet at 9 a.m. on Oct. 16 at Bowling Green. They’ll return to Bowling Green on Oct. 22 to participate in the Bowling Green Invitational.

W-M will compete in the Class 1, District 3 championship meet at Linn on Oct. 30. The top four teams qualify for the Class 1 meet, which is scheduled for Nov. 6 at Gans Creek Course in Columbia.

Mayes and Seabaugh are part of a senior class that also includes Jason Hollensteiner, Layne Norris and Lucas Peak.

Mayes said he will be thrilled if he and Seabaugh wrap up their high school cross country careers in Columbia. They have been best friends since they were in first grade.

“It’s like happy and sad at the same time knowing that all of these years playing sports with each other are coming to a close,” Mayes said. “We’re trying to make the most of it so we can have great memories together and talk about them when we’re older. Hopefully, we don’t graduate with any regrets.”

Seabaugh said Mayes has been helpful to him in not only cross country, but in basketball and track.

“I didn’t want to do it with anyone else,” said Seabaugh, who competed in the state cross country meet twice. “It’s nice to have someone like him around who pushes you in practice harder. You have someone to push you and compete with all day and every day. It makes you better in everything you do. It’s sad that it’s coming to an end, but I’m happy that we kept it together all of these years.”

The seniors also helped the boys team win the W-M Invitational title. Mayes said he was happy to be part of a winning team in his final appearance at the W-M meet.

“It’s the first of many lasts that we have this year,” Mayes said. “It’s nice to make the most of it. We’re trying to make this a more successful season.”