Riley Huff and Taren Justice are excited about Oct. 8.

That’s when the Wellsville-Middletown seniors will be playing starring roles in a production that is mixed with murder, mystery and … 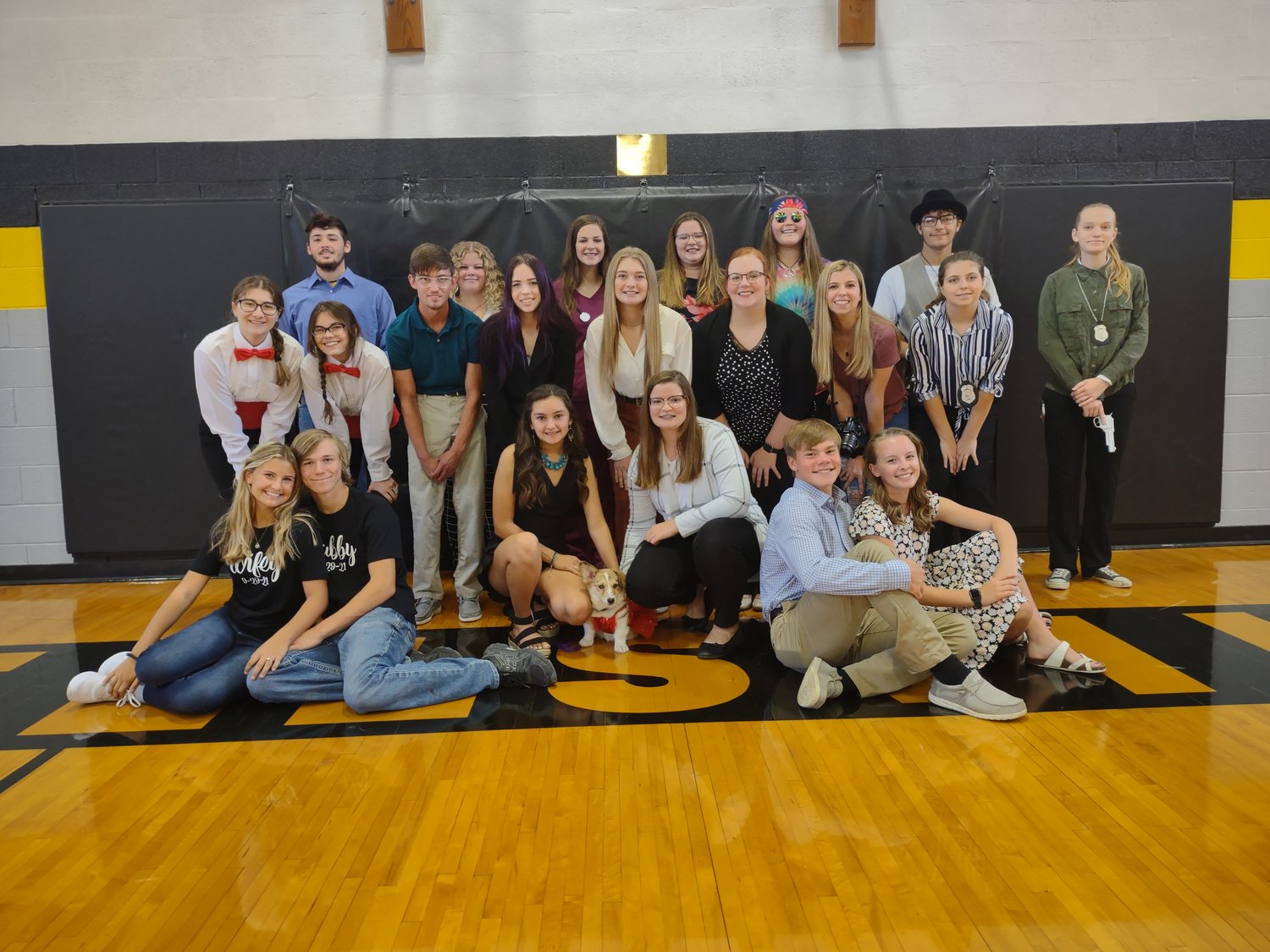 Riley Huff and Taren Justice are excited about Oct. 8.

That’s when the Wellsville-Middletown seniors will be playing starring roles in a production that is mixed with murder, mystery and comedy. The play is called Murder On The 518, which is produced by Pioneer Drama Services in Colorado.

The Wellsville-Middletown Specdra theater department is presenting the Murder On The 518 play. The performances are scheduled for 7 p.m. on Oct. 8-9 at the W-M gymnasium. The cost of the tickets is $10, which includes dinner. Non-dinner tickets are $5.

There are 21 members in the cast, eight of them will be making their theatrical debut.

“We have a lot of newbies and rookies we are excited about,” said Donnie Boenker, the director of the play. “But everyone is coming together and it will be a great show.”

Murder On The 518 is a play about a group of passengers going on a train ride out west and finding out that two of those passengers mysteriously died.

“My assistant ends up taking my samples because I’m the pharmaceutical CEO,” Huff said. “She ends up pouring them into water, poisoning two people and killing them.”

Boenker has high hopes that Huff and Justice, who have been participating in school plays since they were in eighth grade, will turn in strong performances.

“They worked together really well in the past and they feed off each other well,” the director said. “That chemistry will definitely be seen by the audience, for sure.”

Last year, Huff and Justice were cast members in the production of Aladdin and His Wonderful Magical Lamp, which had a drive-in version at the W-M parking lot.

“Obviously, the play was super stressful,” Huff said. “We always come together and we pull it off. We work as a team. As a family, we make it happen.”

“They worked really hard,” Boenker said. “We did our first read through back in late August, the week before school started. We have been rehearsing three days a week, two hours per rehearsal since then. It has come together really well. They put in the work. They know their lines.”

An annual play costume and picture day was held for the cast members on Sept. 27 at the Burlington Northern Railroad Depot in Wellsville.