A month ago, the Montgomery County boys basketball team suffered a devastating loss to the Hermann Bearcats in the third-place game at its own tournament. 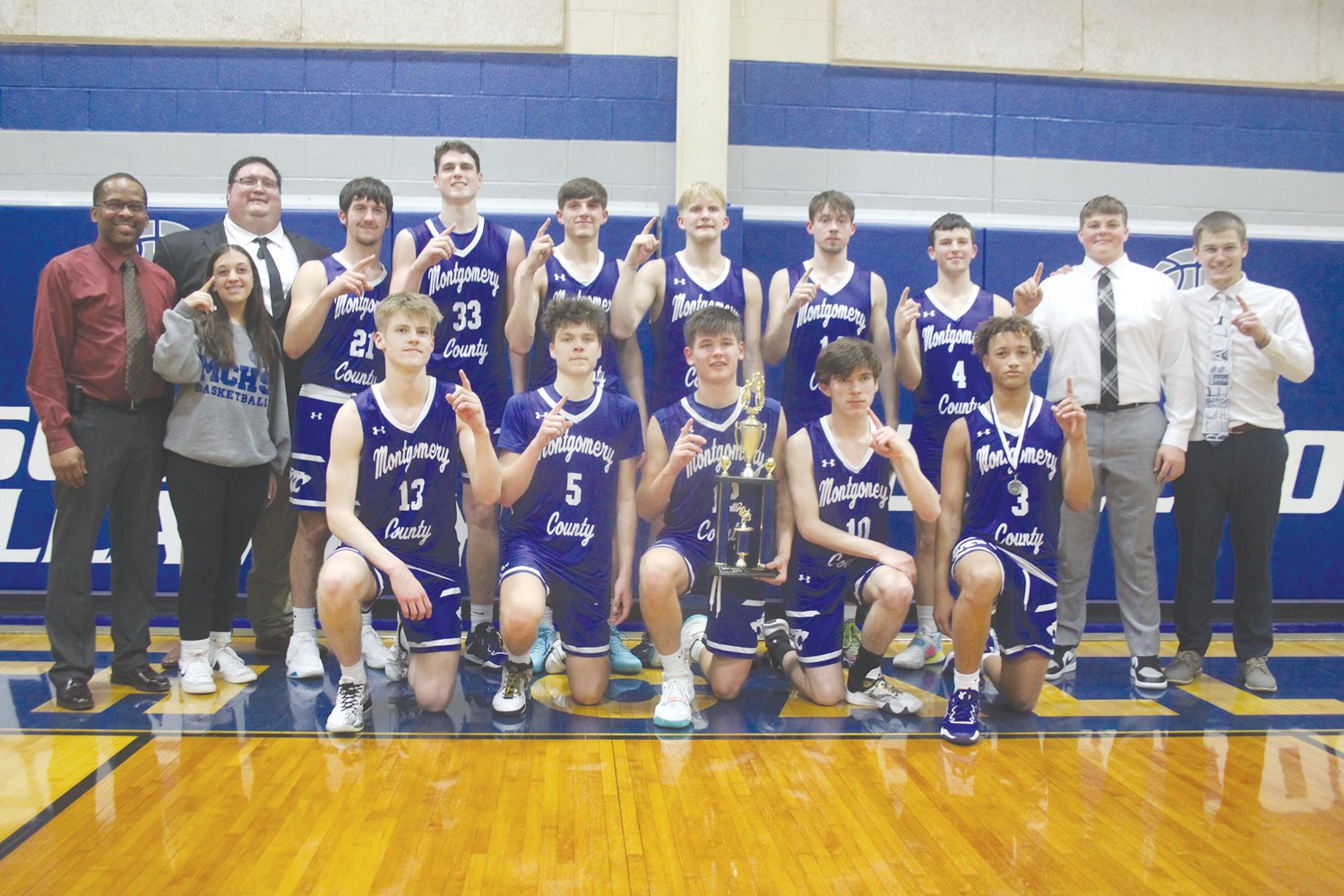 A month ago, the Montgomery County boys basketball team suffered a devastating loss to the Hermann Bearcats in the third-place game at its own tournament.

On Jan. 14, the Wildcats made sure they weren’t going to lose to Hermann again when they squared off in the championship game of the South Callaway Tournament.

MCHS won the South Callaway title for the third time in four years and the fifth time overall after coming from behind to beat its Highway 19 rivals 67-65. The Wildcats finished 3-0 in the eight-team tournament.

“It’s great,” MCHS sophomore Clayton Parker said. “Hermann kicked our butt the first time we played them. I feel like our defense struggled a little bit, but we fought and got it done.”

MCHS, the No. 2 seed, defeated seventh-seeded Vienna 77-26 in the first round and fourth-seeded North Callaway 57-45 in the semifinals to advance to the title game against top-seeded Hermann.

The Wildcats improved to 10-5 with the win over the Bearcats. They were scheduled to play at Bowling Green on Jan. 17.

In the last meeting against the Bearcats on Dec. 3 in the Montgomery County Invitational third-place game, the Wildcats led by one point at halftime before losing 58-45.

At South Callaway, MCHS trailed by eight points early in the fourth quarter before coming back to beat Hermann, which had its 10-game winning streak snapped and lost in the South Callaway championship game for the second year in a row.

“They figured out how to get the job done,” MCHS coach Scott Kroeger said. “It’s a testament to how hard they have been practicing. It’s a testament to how coachable they have been because we have improved. Everybody can see it whenever they watch us play. That doesn’t mean that we don’t have a lot to work on. We’ve gotten better because they’re working their butts in practice and they’re being coachable. There’s a lot of good that comes from that.”

The Wildcats hit nine free throws down the stretch. Sophomore Tyler Erwin gave his team the lead for good with 31 seconds left, hitting two free throws to give the Wildcats a 63-62 lead.

Parker finished with 20 points, Erwin scored 15 and sophomore Isaiah Thomas added 13 for the Wildcats. Parker and Thomas were named to the all-tournament team.

“It’s great, but I give credit to all of my teammates,” said Parker, who scored 57 points in the three games in the tournament. “I don’t score unless they pass me the ball.”

Kroeger said his team enjoys making the trip to Mokane to compete in the tournament, which started in 1968.

“They’ve got teams that can really compete,” the MCHS coach said. “It’s a fun atmosphere. Usually, we have a packed gym here. Obviously, it also helps that we get to play districts here, so it’s nice to play a few games before we have to come back here in mid-February.”

MCHS will compete in the Hermann Tournament, which starts on Jan. 24. If the Wildcats beat New Haven and California in their pool play games, they could play Hermann again in the championship game on Jan. 28.

“That’s the cool thing about basketball,” Kroeger said. “You can have a lot of fun winning a championship, but you have to turn back around and play some more tough games. It’s going to be even tougher because we’re a bunch of sophomores and inexperienced guys outside the sophomores, so we have to bring it every night. We can beat a lot of teams, but there are a lot of teams that beat us too if we don’t bring it.”