Abbigail Kleinsorge enjoyed an outstanding year as a member of the Middletown Meddlers 4-H Club.

The Middletown resident and Wellsville-Middletown senior worked as the club’s president, … 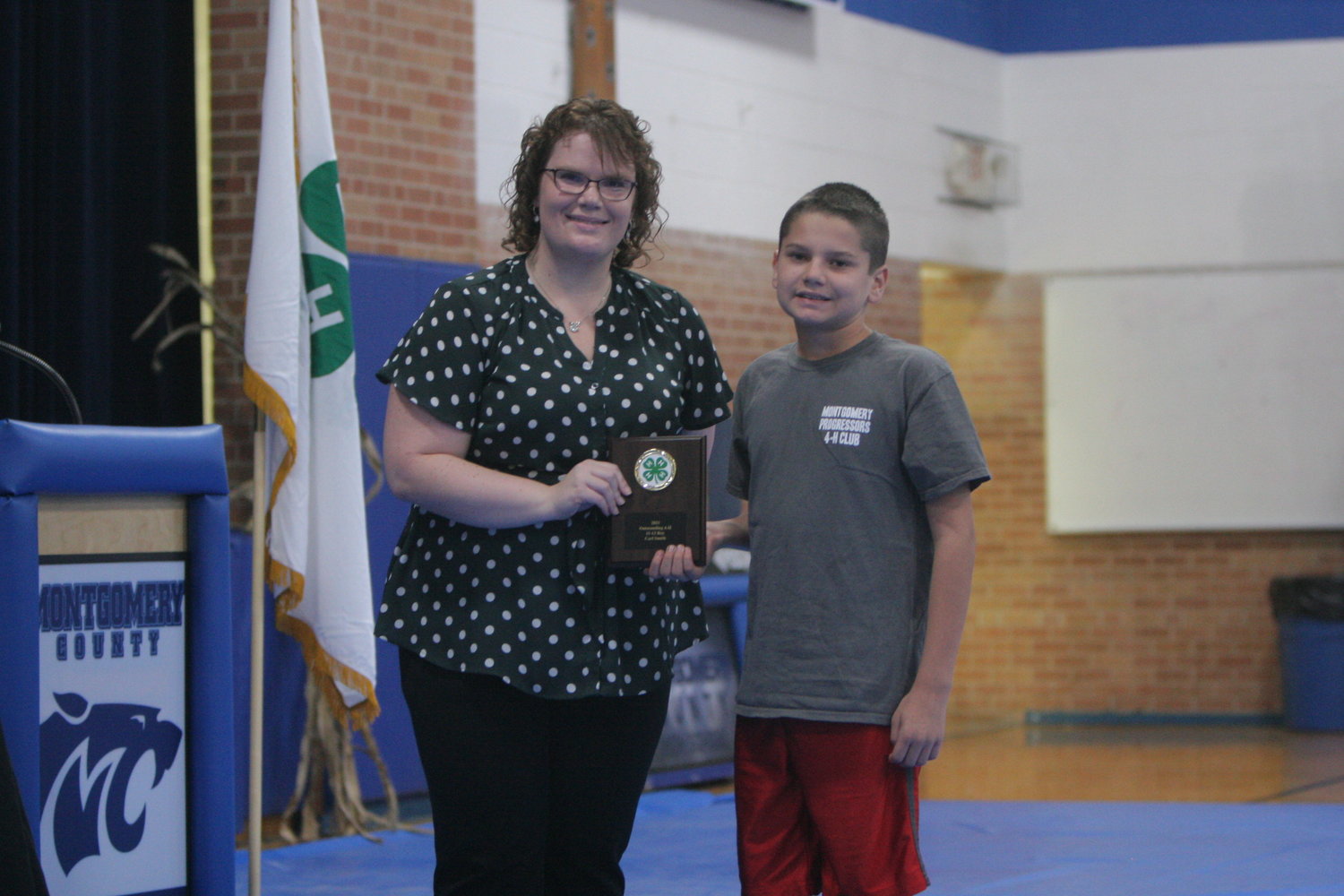 Abbigail Kleinsorge enjoyed an outstanding year as a member of the Middletown Meddlers 4-H Club.

The Middletown resident and Wellsville-Middletown senior worked as the club’s president, received five ribbons during county judging and achievement day, exhibited one project and an animal at the Montgomery County Fair and was selected as 4-H Ambassador.

The achievements helped Kleinsorge walk out of Montgomery County High School with an award on Oct. 10. She was named the 2021 Outstanding 4-H Girl in the age 14 and over division at the Montgomery County 4-H Banquet and Recognition Night, held at Ballew & Snell Court.

“It’s very nice,” Kleinsorge said. “I worked really hard this year. I tried out for a new position. I was lucky that I got to be an ambassador with state 4-H this year.”

Kleinsorge also got to pass out awards during the two-hour banquet. Awards were given to longtime volunteers such as Pat Korman, Chad Francois, Angela Francois, Denise Rakers, Angela Hicks, Julie Ellis and Coty Cope. Also, there were club awards, membership pins and county and state medals given away.

“It was exciting,” Kleinsorge said. “I’ve been to a couple of events in different counties, but it was exciting to stay here in Montgomery County and see our people receive their awards. All of the kids get excited about what they got.”

“This was a great opportunity to celebrate 4-H members in Montgomery County and their achievements,” said Kim Cullom, the 4-H Youth Associate. “It’s also been my pleasure to recognize our milestone volunteers for all of their years of volunteer service at 4-H. I would like to be sure to thank all friends, sponsors, leaders and volunteers. Without the participation and support of each person in this room, the Montgomery County 4-H program could not be successful.”

Baileigh Nichols of the Boosters and Kolton Craven of the Meddlers earned the Outstanding 4-H First Year awards in the girls and boys divisions, respectively.

Faith Engemann (girls) and Thomas Happe (boys) won the Outstanding 4-H 10 and under awards. Both are from the Busy Beavers.

Kleinsorge has been a member of the Meddlers for nine years. She said she enjoys her time with the group.

“I think it’s very nice that I get to meet people in my community, get to work with different people and try out new project areas with friends,” said Kleinsorge, who is also a member of the Wellsville-Middletown FFA group.

Earlier this year, Kleinsorge was one of 24 Missouri 4-H members who were selected to serve as the first class of Missouri 4-H Ambassadors, who promote 4-H programs throughout the state and help plan and facilitate teen conferences. She was the only county resident to be selected in that group.

Kleinsorge was picked as 4-H Ambassador after filling out an online application.

“My mom told me about it,” Kleinsorge said. “She said maybe it would be a good idea. So I came around, and I just went ahead, filled it out and sent it to the state. Then, I got it. It was exciting and I thought it would be something different to try.”

Engemann, an 11-year-old who lives in Hermann and attends Holy Rosary School in Warrenton, earned her award after attending 10 club meetings and being actively involved in her community service efforts for the Busy Beavers this year.

“It was amazing,” Engemann said. “I worked really hard. It was good that it paid off.”

Engemann completed her third year with the Busy Beavers.

“My 4-H leader, Tricia Happe, helps me a lot along the way,” Engemann said. “She helped me with my goats, my horses. My mom helps me a lot, too.”