While attending the Cleveland NJROTC Academy in St. Louis in the 1990s, Airriana Brewer knew that she was going to be a police officer in the future.

“The regimen worked out great for … 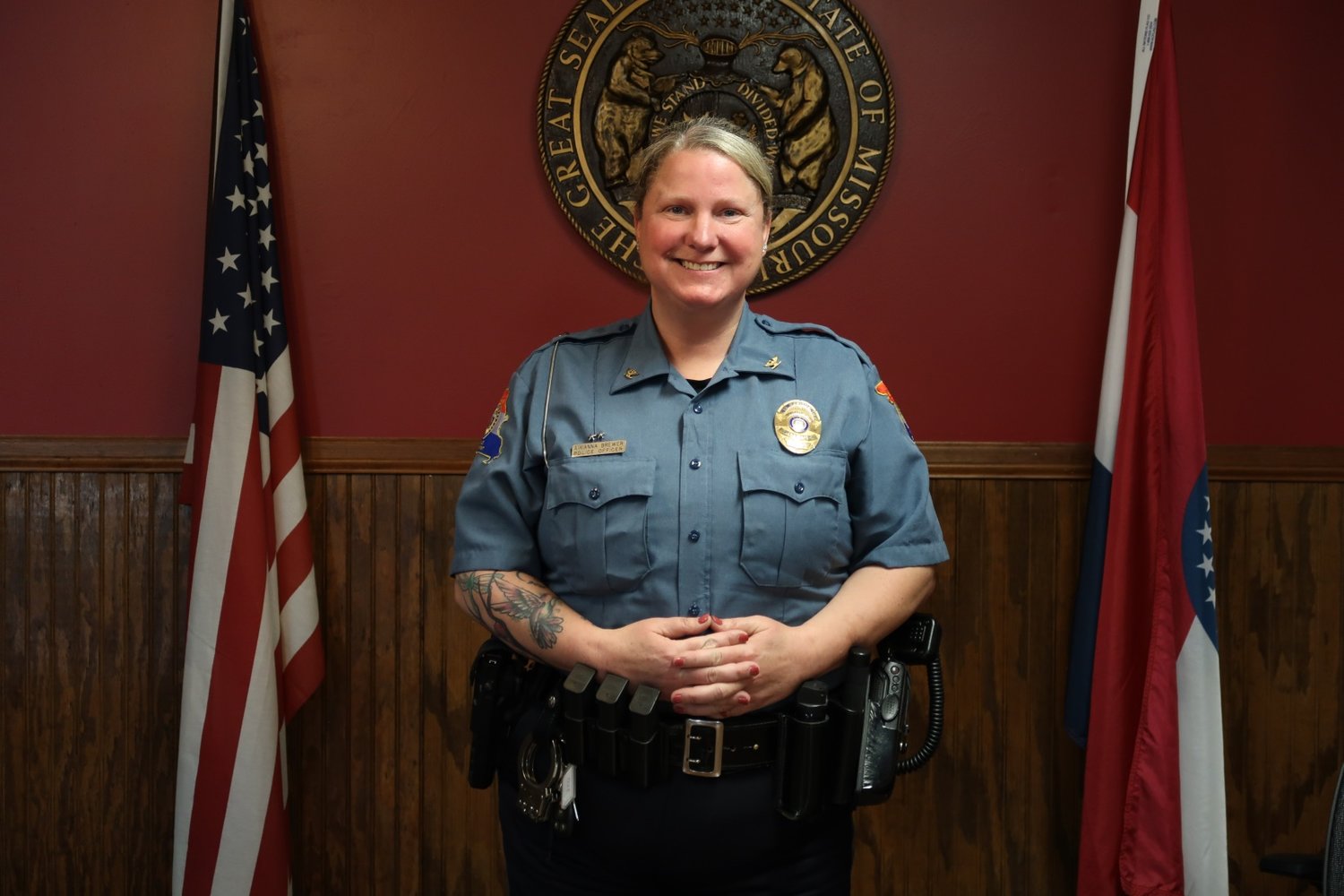 While attending the Cleveland NJROTC Academy in St. Louis in the 1990s, Airriana Brewer knew that she was going to be a police officer in the future.

“The regimen worked out great for me,” Brewer said. “I needed that guidance and regimen. Living in the city gave me experience. You’re always seeing tragic accidents. It was a natural thing for me to respond whenever I saw wrongdoing. Police work was where my guidance counselor guided me towards.”

Now, Brewer has over 20 years of experience in law enforcement. On April 21, she earned the biggest role of her law enforcement career as she was named the new chief of the New Florence Police Department.

Brewer, who has been a member of the city’s police department since 2019, was appointed chief during a Board of Aldermen meeting.

“It’s a great honor to be the chief of police here,” Brewer said. “Everybody has been so nice to me and welcoming here in the community. It’s a very neat place to work. I love it here.”

Brewer replaced David Ingle, who is now the city administrator after working as full-time chief for 13 months.

“I’m still trying to get established,” Brewer said. “I have big shoes to fill as far as filling Dave Ingle’s shoes. There’s no way I can do that. But I would like to be able to manage and assist like he did.”

Ingle worked at the New Florence Police Department for 12 years. He became the interim police chief in October 2019 after the resignation of Jim Arrington. He was promoted to full time on March 8, 2021.

Brewer said Ingle was helpful to her during her three years with the New Florence Police Department.

“He’s like taking a drink from a fire hydrant,” she said. “He has a wealth of information. I was lucky to have him as a boss.”

Ingle said moving from police chief to city administrator was a huge change.

“It’s very challenging and I look forward to meeting those challenges,” Ingle said. “Dealing with the city, I feel that I have a pretty good outlook on the direction that they wanted to go, especially with law enforcement agencies and me being here for a long time. But there’s a lot to learn. There’s a lot to take over.”

Brewer said her goal as police chief is to get residents more involved in programs in the community.

“We plan on still continuing Party In The Park and events like that, but I want to reach out,” Brewer said. “I purchased a bunch of Hot Wheels already and I plan on handing those out to the kids. If you get to know the kids, you usually get to know the parents because they want to know, ‘Why did you buy those cars?’ I usually ask the parents first and say they can have it. I want to work with the community more.”

Brewer earned a Bachelor’s of Science degree in criminal justice from Walden University in Minneapolis, Minn. She’s currently working on a Master’s degree in leadership and management in law enforcement at Walden.

Brewer started her law enforcement career in 2001 with the City of Ladue Police Department. She also worked at police departments in Silex and Elsberry before she was hired at New Florence in 2019.

“I’ve always been second in command,” Brewer said. “I’ve always been the one who would respond and work calls, but I can do all of the paperwork with the state and everything. I think I’ve been well-prepped for being the chief.”

Brewer heads a police department that started operating in 1996, a year after she graduated from Cleveland NJROTC.

“It’s great,” Brewer said. “I really enjoy the people. I enjoy Montgomery County. The sheriff’s department is great to work with.”