Eleven years ago, Patrick Hardy was hired to become the mining manager of the Christy Minerals plant in High Hill right out of college.

Now, the St. Louis area native is working for a successful … 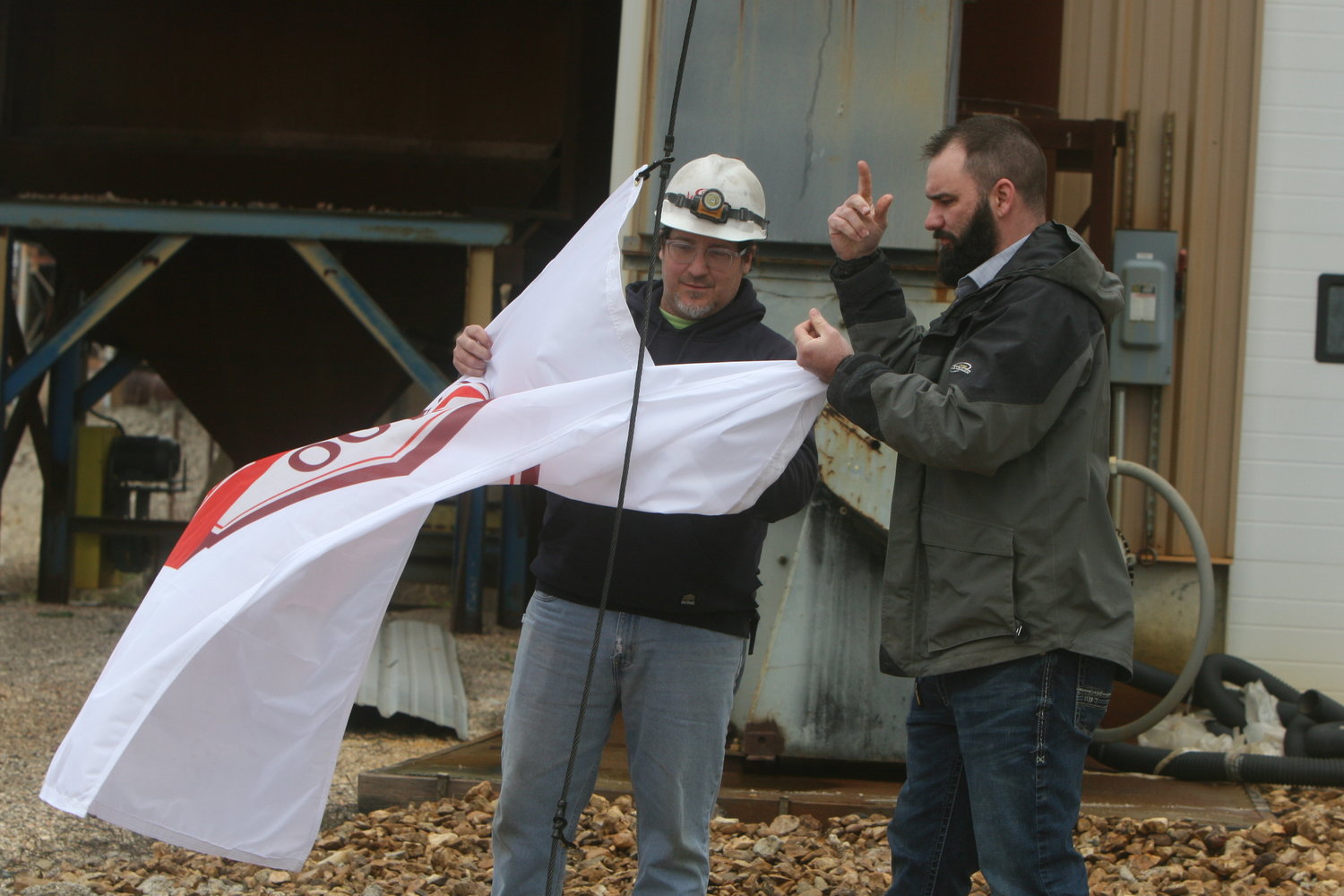 Eleven years ago, Patrick Hardy was hired to become the mining manager of the Christy Minerals plant in High Hill right out of college.

Now, the St. Louis area native is working for a successful company that is celebrating its 100th anniversary this year.

“It’s been an interesting place to work,” Hardy said. “There’s something different everyday.”

Hardy and other colleagues participated in a flag-raising ceremony at the plant on April 20 to commemorate the company’s 100th anniversary. Coffee mugs and other gifts were given away to employees.

Christy Minerals President Shane Bower said he was pleased with the big turnout despite the rainy conditions.

Calvin Christy, Jr., founded Christy Minerals on April 20, 1922. It was first named as Christy Fire Brick Company.
The following decade, the company provided raw plastic clay and calcined clay to the zinc smelting industry in the southwestern United States. Those clays were used by zinc smelters to make retorts and condensers.

After plastic clay was obtained from an old friend of Christy’s in New Florence, Christy took over clay mining operations at the town. It marked Christy’s entry into clay mining.

The Christy Minerals plant in High Hill, located at 833 Booneslick Road, started its operations in the 1950s as the Missouri Mill and Foundry Clay Company. Before that, it was a railroad depot and a repair yard dating back to the mid-1800s. The depot was burned in 1864 by Confederate guerillas led by “Bloody Bill” Anderson as part of a series of raids on railroad towns in central Missouri. One of those raiders was Frank James, the brother of famous American outlaw Jesse James.

Missouri Minerals became Christy Minerals in 1985. Christy Companies took full ownership of the operation in 1995.
Today, Christy Minerals serves markets in the U.S., Canada and Mexico and is a top-tier supplier to refractory producers, investment casters, ceramic tile and pottery.

“We have been mining clay in this area for decades,” Hardy said. “We have clay pits all the way up north by Middletown and down south almost to Rolla.”

Hardy found the Christy Minerals job after graduating from the Missouri University of Science and Technology in Rolla in 2010.

“I knew a lot of people in the industry and in the area,” Hardy said. “Pretty much anybody who deals with engineers around the St. Louis area or anywhere in Missouri probably knows people who went to school in Rolla. We actually have a couple of people who work here and went to the same school.”

Hardy celebrated his 11th anniversary as an employee of the company on April 18. Two days later, he got to be part of the big 100th anniversary celebration at the Christy Minerals plant.

“There are not a lot of companies that have been around that long,” Hardy said. “I think one of the reasons we made it that long is we’ve always been forward looking. Because we are a smaller company compared to a lot of the bigger ones out there and we’re privately owned, we can really plan towards the future and be a little more agile.”