Even though the Crisis Food Closet has a new location, its mission remains the same – providing Montgomery County residents with emergency food, personal hygiene items, paper products and … 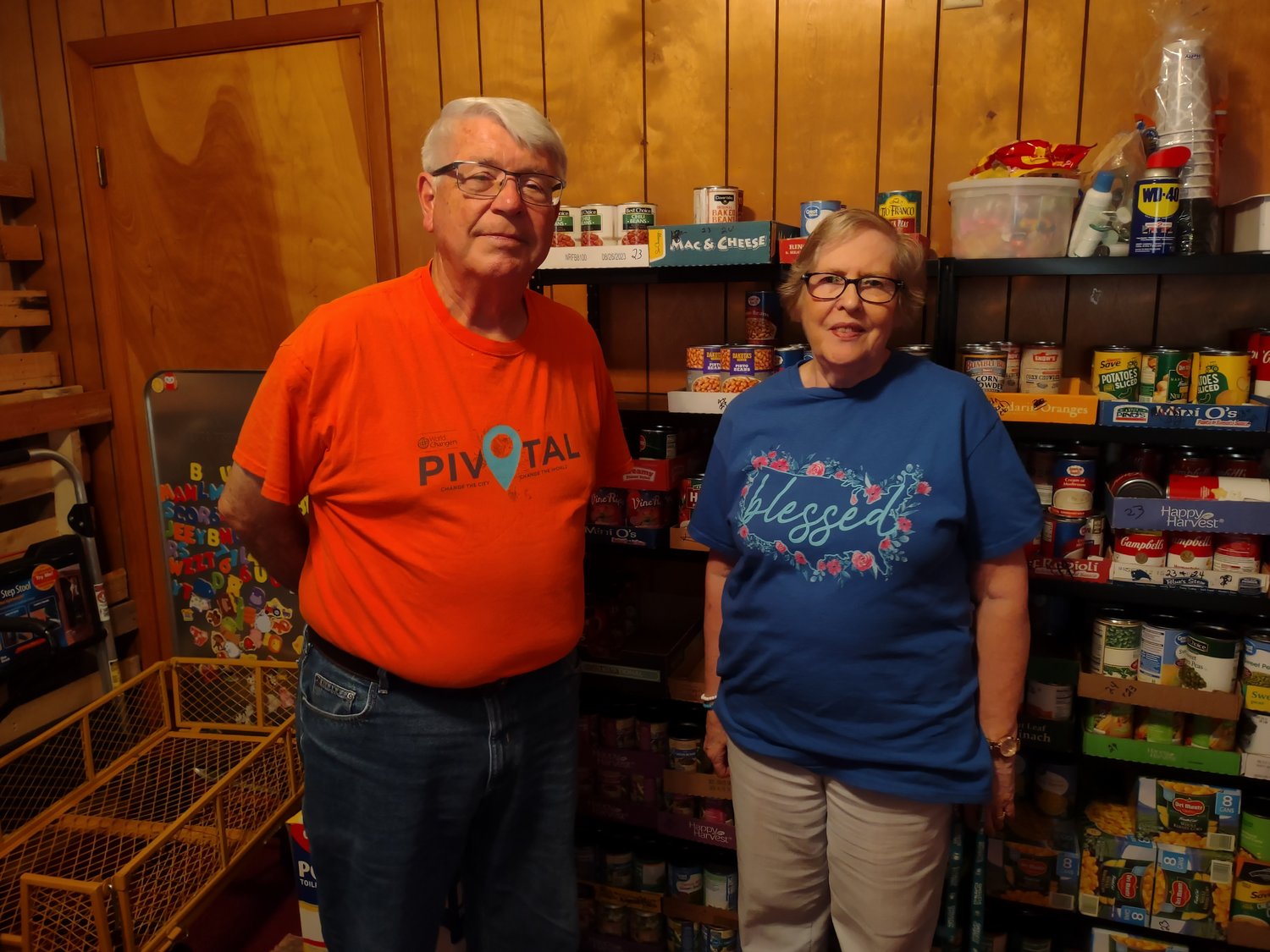 Even though the Crisis Food Closet has a new location, its mission remains the same – providing Montgomery County residents with emergency food, personal hygiene items, paper products and cleaning supplies.

“We serve anyone regardless of age, gender, orientation or religion,” president Jim Guffie said.

The organization has spent its first month at its new location at the Montgomery City Church of the Nazarene, located at 1012 South Sturgeon Street in Montgomery City. It moved from its old location at First Baptist Church at 404 West Second Street on Aug. 2.

“It’s great,” financial director/treasurer Cleta Mertz said. “Instead of having three different rooms that we have things in and walking ourselves to death, we have one location for everything.”

Members of the Crisis Food Closet were at the Old Threshers Show on Aug. 19 at the Montgomery County Fairgrounds to promote the new location. Guffie said the organization recently had its first client since its relocation to the Church of the Nazarene.

“We’re trying to get the word out,” Guffie said.

The Crisis Food Closet has been serving the county since 1971. Guffie and secretary Sharon Wehrman have been with the organization since 2001. Cleta and Seth Mertz joined in 2007. Seth is the vice president.

“It started as a project,” Guffie said. “Then, most of the churches tried doing it. They found out that people were making the rounds in going to every church, so they chose us to be the central location. Ladell Britt was the one who started that part of it. Then, we extended to paper goods, toiletries and hygiene items.”

The Crisis Food Closet provides aid to county residents once every three months. Those seeking assistance must provide a current photo ID, proof of current address, the number of individuals living at that address and a phone number. Once individuals have received assistance three times in a 12-month period, they will be asked not to seek service again for six months.

“We try to limit it to once every three months,” Guffie said. “If someone comes three times in a row, we ask that they drop out for a while to give somebody else a chance.”

When the Crisis Food Closet restocks its supplies, it utilizes the funds it has available and seeks to buy from local merchants the items it needs. The organization provides a list of food items, paper products, hygiene items and cleaning supplies to those who want to make donations.

“The food products that the donation comes in are from other entities,” Cleta Mertz said. “The other churches are really good at helping us out. Sometimes, we get a monetary donation.”

Two years ago, the Crisis Food Closet received a $2,300 grant from Monsanto.

“That helped us a great deal,” Guffie said. “It gave us a cushion to fall back on so we’re not destitute.”

The Crisis Food Closet operates from 9 a.m.-noon on Tuesdays and Fridays. It receives no state of federal funding.
Call 573-564-2735 for more information.