When Gaylee Harris got a phone call on Sept. 30 that she was named the new director of the Montgomery City Public Library, she was nowhere in sight in Montgomery County.She was 60 miles away in … 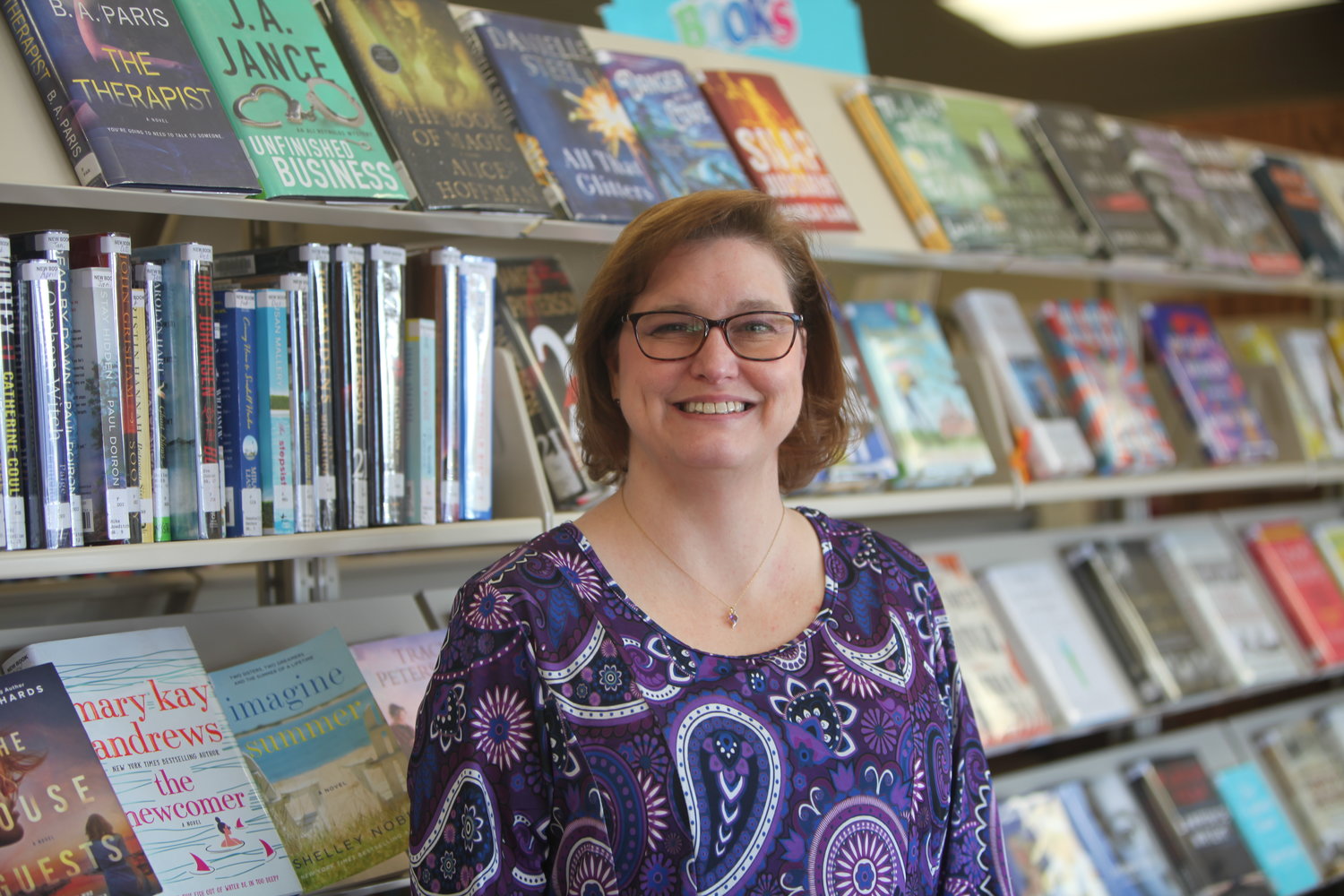 When Gaylee Harris got a phone call on Sept. 30 that she was named the new director of the Montgomery City Public Library, she was nowhere in sight in Montgomery County.

She was 60 miles away in Chesterfield having dinner at Five Guys after attending a Missouri Library Association conference.

“When the call came, I hurriedly choked down my food and answered the call,” Harris said. “It was a good thing I was the only one at the restaurant at the time because I let out a big whoop. I got excited. The people behind the counter were like, ‘What’s going on?’ I said, ‘I got the job.’ They cheered for me and it was quite a nice little celebration, even if it was with strangers.”

Harris worked as interim director for four months before being selected as director. She replaced Terri Broz, who resigned in May.

Harris was one of 22 candidates for the director job. She was interviewed for the position on Sept. 23.

“I felt that God has put me here for a purpose,” Harris said. “It all worked out in His time. In my wildest dreams, I have never thought I would be the interim director or the new director. It wasn’t on my radar. I was originally an elementary school teacher. Things have slowly changed over the years. Coming to the library was His plan, not mine. But I have loved every minute I have been here, so I know that he’s going to continue to guide me into this new role.”

After Harris took over interim director duties in May, she had many duties that included running a two-month summer reading program, attending several board meetings and doing storytime.

“It was difficult and challenging in being interim director because I was still doing my children's librarian duties as well,” said Harris, who was a children’s librarian. “I also was coming into a position as interim director where I didn’t know a lot about what happens behind the scenes at the library. So I had to learn as I went along. I also thought I had big shoes to fill and I wanted the library to keep moving forward to the best of my ability. There were a lot of long hours and a lot of planning.”

Still, Harris was determined to make MCPL the best place to go for area residents.

“I wanted to do the best job I could and that included learning the ropes of what the previous director had to do with budgeting and organizing,” Harris said. “There were a lot of things to learn and a lot of things that were stressful, but I tackled each challenge as they came along. I rose to the occasion and I felt that it was ultimately a good fit for me. I started to enjoy it.”

Harris has been working at MCPL since 2016. She had worked in the education field for 16 years. Her experience included teaching stints at the Montgomery County R-II and North Callaway school districts and Saudi Arabia.

Now, Harris is leading a staff that includes Luanne Andrews, Holly Bishop, Linda Richardson, Brian Sippel and Katie Bernstetter. She had her first board meeting as director on Oct. 13.

“It is just a blessing to be able to represent Montgomery City,” said Harris, who lives in Mineola. “We have a small library, but with our size of town, it is incredible. We have so many different programs available for children, teens, adults and special needs. We’re really trying to branch out and meet the needs of the community and the different groups within the community as well.”