When Jonesburg Elementary School held its end-of-the-year awards ceremony on May 26, it gave special recognition to two of its students, Monroe Andrews and Parker Calbreath. 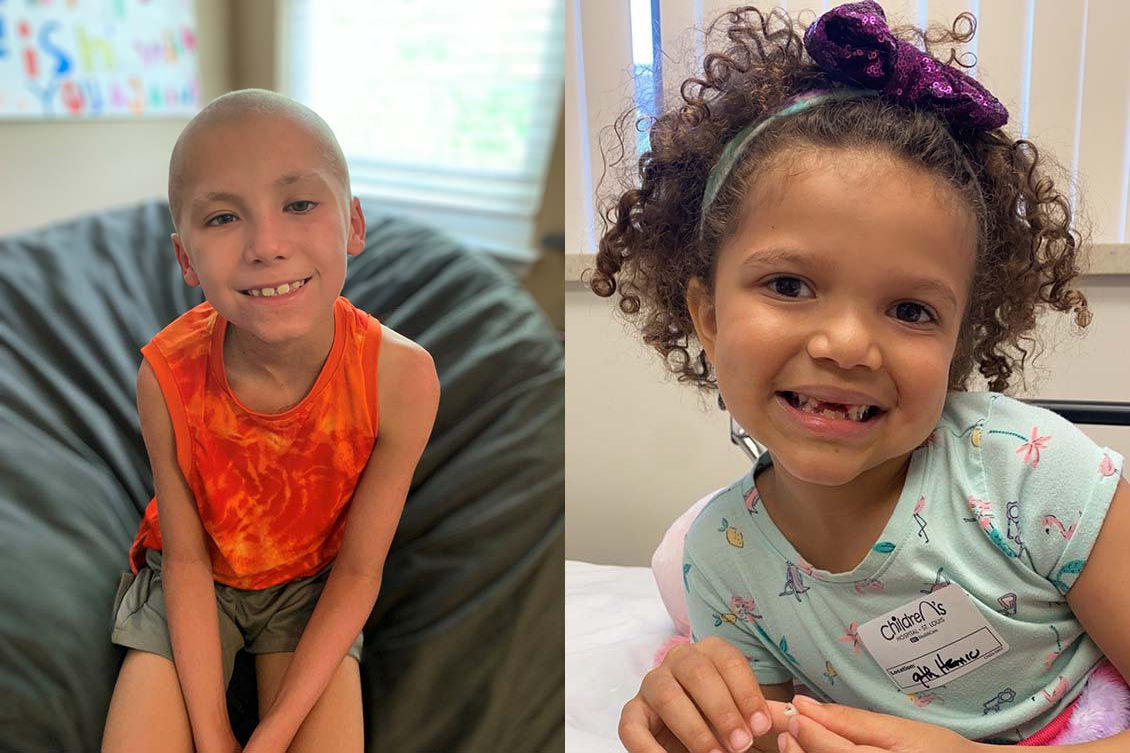 When Jonesburg Elementary School held its end-of-the-year awards ceremony on May 26, it gave special recognition to two of its students, Monroe Andrews and Parker Calbreath.

Students and teachers made long necklaces for both Monroe and Parker, who had to undergo a bone marrow transplant.

“That was so sweet,” said Tiffany Andrews, Monroe’s mother.

Monroe and Parker got their bone marrow surgeries over the summer. Now, they are at home recovering and are looking to go back to school in-person soon.

“I feel like we’re on the downhill side of this recovery,” said Stacy Calbreath, Parker’s mother. “Slowly but surely, we’re on the right track to get there.”

Stacy said her son will go back to JBE probably in September. Parker, 8, is in second grade.

“Parker wants some normalcy back in his life,” Stacy said. “His little brother, Elliott, started kindergarten on Aug. 23. I know he’s excited for Elliott to be in school, but it will be really awesome when they go to school together.”

Monroe, who is 6 and in first grade, will not return to school in-person until this spring.

“She’s completely isolated from others,” Tiffany said. “The only people who could be around her up until that six-month mark are her immediate family. At day 100, they will kind of re-evaluate. She has to go through a bunch of tests again.”

JBE, as well as the other schools in the Montgomery County R-II District, had their first day of school on Aug. 23. Tiffany said Monroe is trying to get adjusted to having school at home.

“Monroe is OK with her teacher coming to see her, but she’s missing out on all of the things a six year old wants to do, like having recess. playing with her friends and being at school,” Tiffany said. “She can’t do that right now. It feels like forever away, but it’s temporary at this point. We’ll get there. It’s going to feel like forever, honestly.”

Tiffany found out on April 26 that her daughter needed a bone marrow transplant after a visit to a pediatrician.

“I remember at 8 o’clock that night that her pediatrician called and said, ‘Are you sitting down? Is your husband with you?’ I knew at that moment that something wasn’t right,” Tiffany said. “So they told us we had to rush her to Children’s Hospital immediately and they would have an oncologist waiting for us in the emergency room.”

“They had a complete perfect genetic makeup for one another,” Tiffany said. “It’s like all of our prayers were answered, honestly. Getting that call was everything we hoped for.”

During the summer, Tiffany received plenty of support from Stacy.

“It’s kind of good for us mothers to be able to talk about our experiences and help each other get through it,” Stacy said. “We have huge villages and a huge support system, so we’re still lucky and we’re so blessed to have so many people in our families and our communities who support and love our families and our children.”

Parker needed a bone marrow transplant after his cancer relapsed in January. While Parker was going through a second round of chemotherapy, doctors decided to harvest his stem cell, meaning that he didn’t need a donor for the transplant.

“Parker’s bone marrow was fine,” Stacy said. “They did a bone marrow biopsy to make sure it wasn’t in his bone and it wasn’t.”

Tiffany said she was amazed that two children from the same school had to undergo a bone marrow transplant in the same year.

“It’s crazy to think that two kids almost the exact same age went through the same procedure,” Tiffany said. “We couldn’t believe it.”

Tiffany said JBE Principal Jenny Krattli supported both Monroe and Parker by doing numerous duties such as making them shirts while they were in the hospitals and sending them cards.

Stacy said all of the teachers have been helpful to both Monroe and Parker during their road to recovery.

“Everybody has been more than willing to be there for our families to support them,” Stacy said. “They also try to get the kids as much normalcy and education as they can while they’re going through their struggles and being complete amazing warriors.”