As a member of the Montgomery County High School Family, Career and Community Leaders of America organization, Abby Knapp gets an opportunity to do crafty projects. 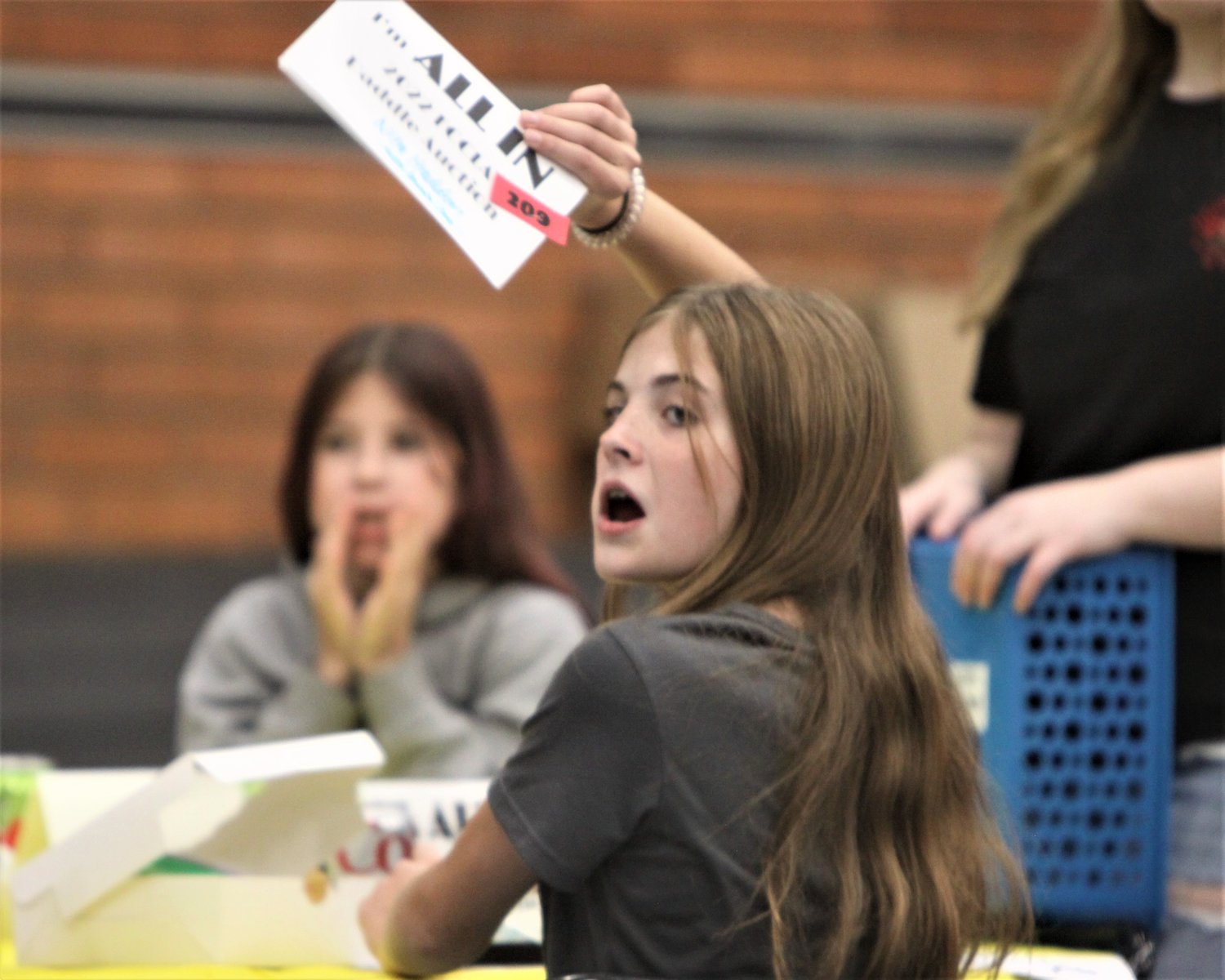 As a member of the Montgomery County High School Family, Career and Community Leaders of America organization, Abby Knapp gets an opportunity to do crafty projects.

The Montgomery County senior has already made a bunch of wooden signs and tote bags.

“I’ve been making stuff on the Cricut machine for probably two years with (FCCLA adviser) Mrs. (Beth) Beattie,” Knapp said. “I love it. I really enjoy it.”

On Nov. 5, Knapp donated several of her items at the Ninth Annual FCCLA Paddle Auction, which was held at the Montgomery County Middle School multipurpose room. Among the items were two Montgomery County Wildcats tote bags and a large wooden sign that said, “This Is Us. Our Life. Our Story. Our Home.”

Knapp also was the speaker of the 90-minute auction, which had 93 items. It also held a raffle for a Pit Boss Navigator 550 Wood Pellet Grill, which had a price value of $749.

“I was very nervous going up there, that’s for sure,” Knapp said. “Once I got up there and saw all of the people and started talking, I was fine. It wasn’t as bad as I thought.”

“It crossed over through several different organizations,” Beattie said. “This is the second year that the FCCLA has done it on its own.”

Numerous people from Montgomery County attended the auction. Money that was raised at the event will help pay for trips to leadership conferences and state competitions.

“We had a very good turnout,” Knapp said. “We had lots of vendors and I think we had a good amount of people and I think we’re going to make some money.”

Besides Knapp’s items, gift certificates, key chains, wooden cutting boards, earrings, T-shirts, Christmas items and a vacuum cleaner were also given away. Knapp said she and the FCCLA group prepared for the auction for about a month.

“We worked hard every day in class to get the stuff done for it,” Knapp said. “I think it was well prepared.”

Knapp is in her first year as the FCCLA president. She took over for Juanita Hadden, who graduated in May.