Dustin Hill was shocked when he walked into Burke’s Tavern and Grill in Middletown and saw over 30 people at his election watch party on Aug. 2. 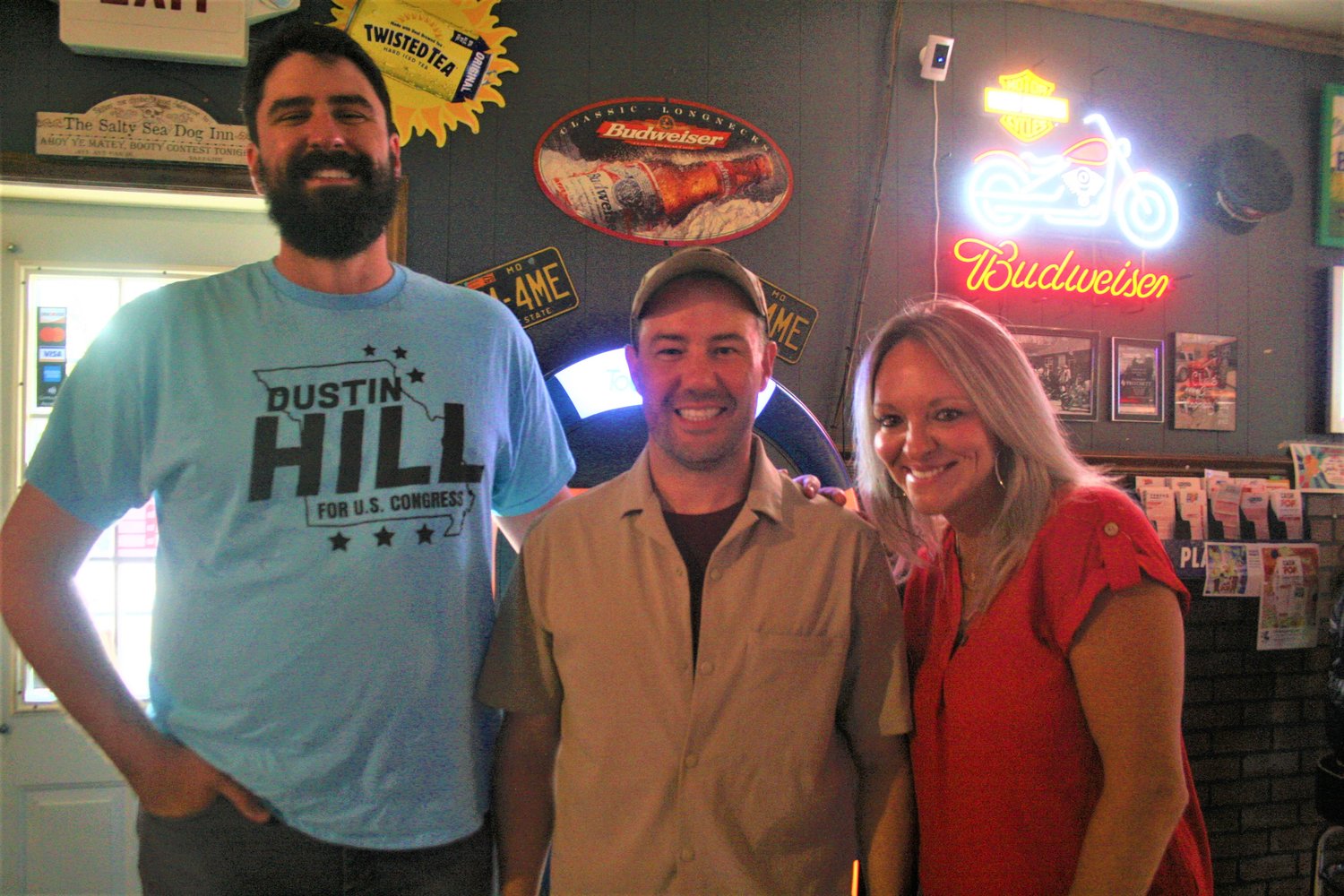 Dustin Hill was shocked when he walked into Burke’s Tavern and Grill in Middletown and saw over 30 people at his election watch party on Aug. 2.

“When I showed up here, I showed up late at 6:45 p.m.,” the Middletown resident said. “I couldn’t believe how many people were here.”

Hours later, Hill became disappointed after he found out he lost the Missouri 3rd Congressional District election. He finished third in the Republican ballot with 11,593 votes (12 percent).

Still, Hill was happy with the large support he got in his hometown.

“It’s good to be home,” said Hill, who spent many years in the military. “I couldn’t have asked for anything more.”

Hill was one of three Montgomery County residents who fell short in the Missouri primary election. The others were Patrick Lewis and Jeff Porter.

Porter, who is from Montgomery City, finished fourth in the District 10 Republican Senate race with 3,339 votes (14 percent). Travis Fitzwater won the race with 7,620, followed by Mike Carter with 6,938 and Bryan Spencer with 5,484.

“I was glad Travis won,” Porter said. “He and I are similar in a lot of issues. I felt very good about the outcome. He’s a good guy. He will be a good representative.”

“For as little as I did in the campaign, I thought I did pretty decent,” Lewis said. “I didn’t get last. There were a lot of people in Montgomery County who didn’t know I was running.”

Jeff Myers was elected state representative of the 42nd District (Republican) after finishing with 4,245 votes. M. Rene Yoesel was second with 969 and Joseph Holiway was third with 633.

In the Montgomery County ballot, Myers had 465 votes, followed by Holiway with 58 and Yoesel with 50.

Bruce Sassman won the state representative of the 61st District race unopposed, finishing with 6,271 votes. A total of 1,242 votes came from the Montgomery County ballot.

Luetkemeyer had the most votes out of all of the candidates in the Montgomery County ballot with 1,170 votes, while Hill had 782.

Porter had 1,277 votes in the Montgomery County ballot, but they still weren’t enough for him to win the District 10 Republican Senate race. In addition to Montgomery County, the district covers Callaway, western St. Charles, Lincoln and Pike counties.

“You just have to do it the right way,” Porter said. “I didn’t go negative. I just stayed positive on the things that I can do. That’s always a mental strain that you have because a lot of times you want to defend yourself. You don’t need to defend yourself when you don’t do anything wrong. The thing you have to understand in any kind of election is that there’s going to be one person who will be negative. But you have to be mentally ready for that.”

In the Montgomery County ballot, Lewis finished with just 93 votes, while Schmitt had 818. Lewis, who has been working as a union laborer for 13 years, said he plans to run in another election in the future.

“I may not run for U.S. Senate, but I may try a different route next time,” Lewis said. “We’ll see what the future brings.”