Eliza Matthews received plenty of hardware from the Midwest National Pageant on Sept. 10-12 in Cape Girardeau. 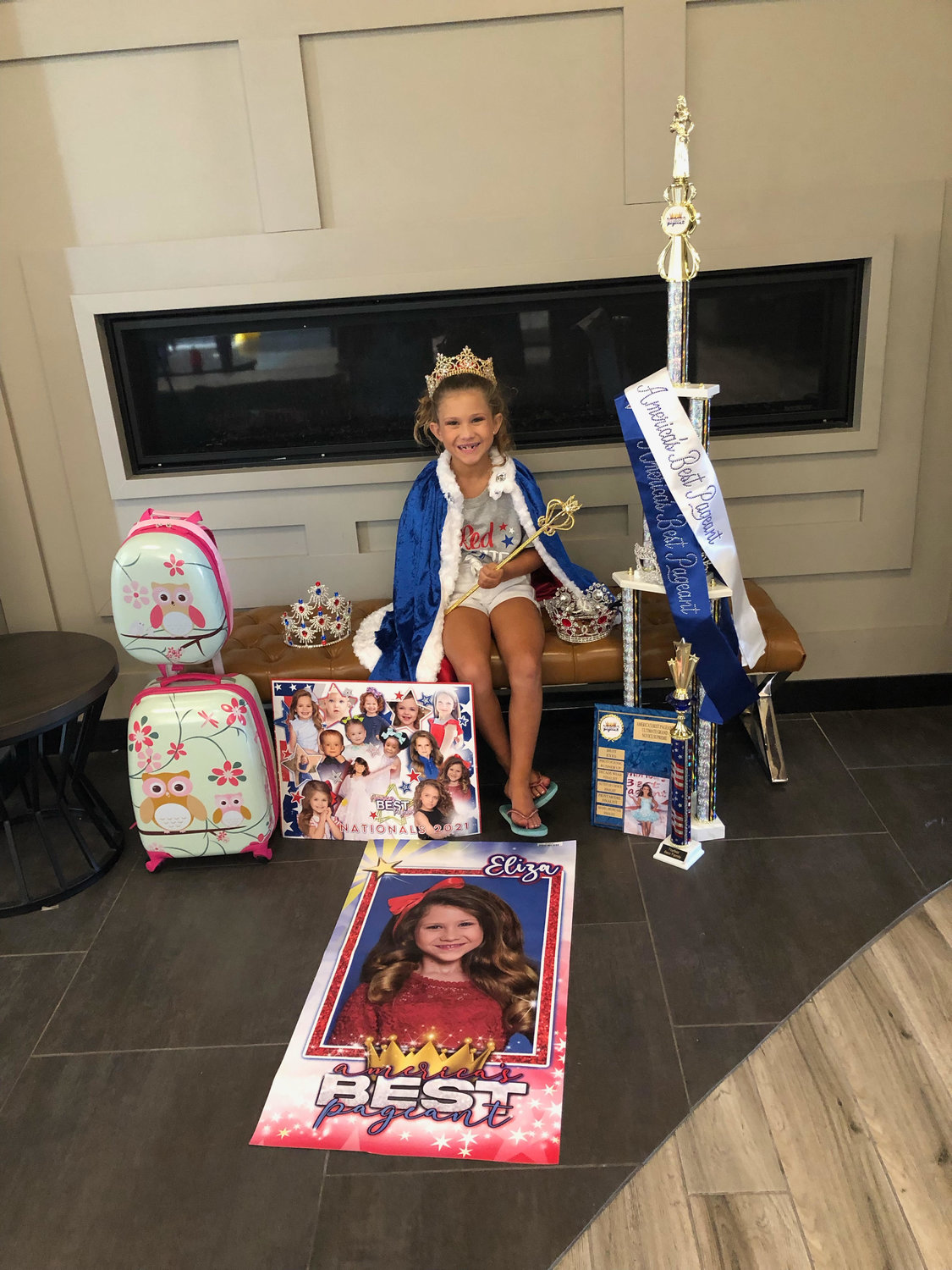 Eliza Matthews received plenty of hardware from the Midwest National Pageant on Sept. 10-12 in Cape Girardeau.

“I’m very proud of her,” Griffard said. “She competed really well and she had a lot of fun. That’s what we were trying for. She got a little upset because one of her good friends was the one who won the money.”

Matthews competed in an event that had girls from Ohio, Illinois, Kentucky, Missouri, Tennessee, Texas and Arkansas and is sponsored by America’s Best Pageant, which promotes beauty pageants all over the Midwest. There were 16 contestants in Matthews’ age group, which was the 7-8 year old division, and 293 overall.

Griffard said Matthews enjoyed hanging out with contestants who were from out of state.

“I think she likes to be able to stay with her friends she doesn't get to see very often,” Griffard said. “Some of her friends were from Illinois, Kentucky and Texas and quite a few other states that she only got to see in that pageant. She likes being able to do the pageant stuff. By the time the weekend is over, she will be a little worn out.”

Matthews received her Ultimate Grand Novice Supreme honor on Sept. 12, the last day of the pageant. Contestants were judged based on facial beauty and personality.

Also during that weekend, Matthews participated in beauty, swimwear and model showcase competitions and went to the Southeast Missouri District Fair.

“It was kind of a busy weekend,” Griffard said.

Matthews earned her community service crown for her help in toy drives and food banks. Griffard said recently, her daughter had to clean off obscene words that were written on the playground slide at Wabash Park.

“We didn’t get all of it off, but we got a lot of it off,” Griffard said. “We ran out of rubbing alcohol and scrubbing powder.”

Matthews qualified for nationals after being crowned Ultimate Grand Supreme at a pageant in Moberly during the winter. She was awarded the title, “Little Miss Montgomery County.”

Matthews, who attends Montgomery City Elementary School, was named Grand Supreme in three pageants this year. She was voted first runner-up at the Old Settlers Picnic Princess contest on Aug. 7 in New Florence.