Cora Johnson was munching on a cinnamon roll when she got a huge surprise after the Class 3, District 5 Scholar Bowl tournament on April 9 at Brentwood High School. 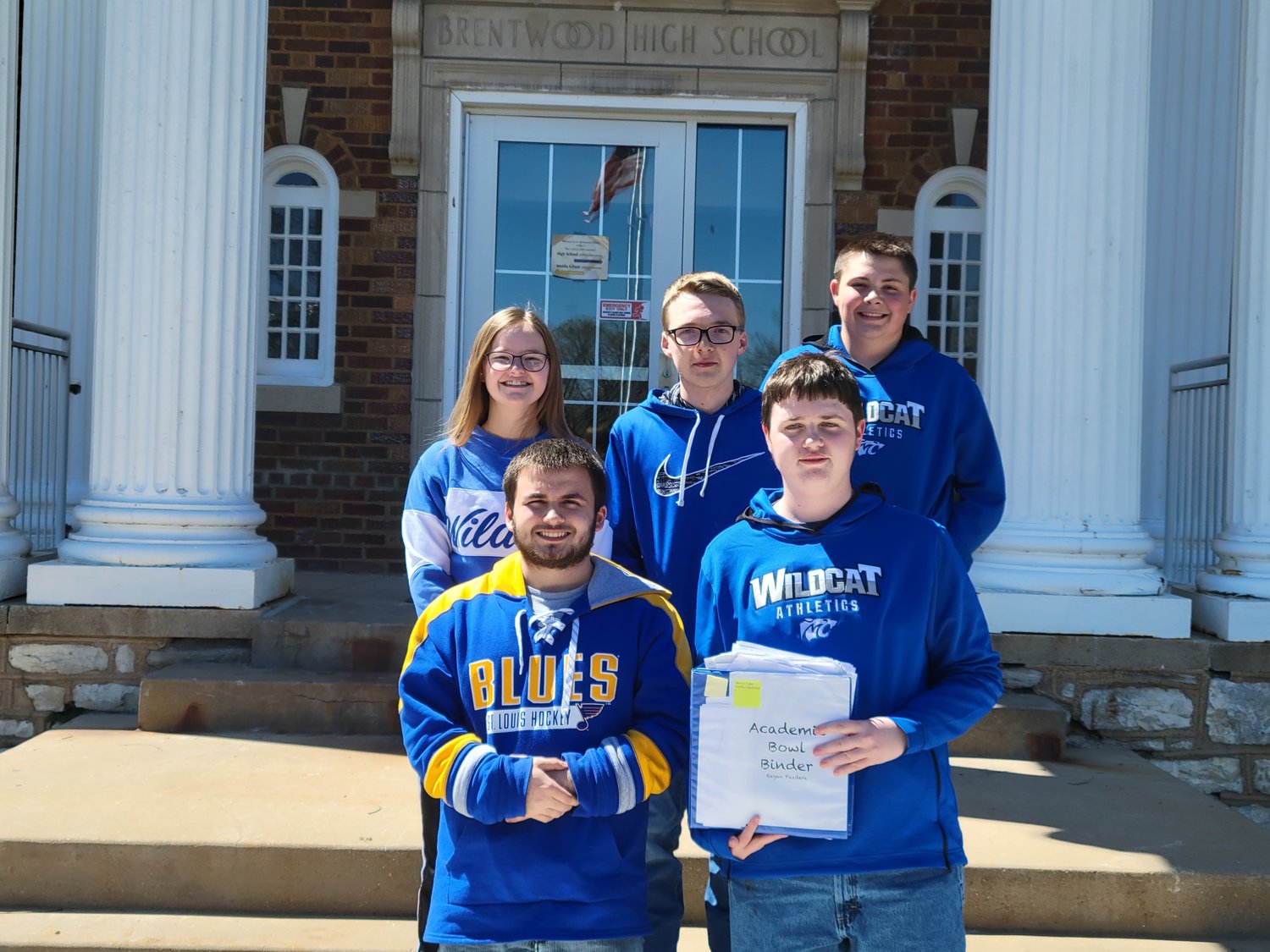 Cora Johnson was munching on a cinnamon roll when she got a huge surprise after the Class 3, District 5 Scholar Bowl tournament on April 9 at Brentwood High School.

The Montgomery County junior found out that she was selected to the all-district team for the first time.

“She was sitting right next to me and she was trying to eat the cinnamon roll that she had.” MCHS senior Blake LaBrier said. “When they called her up, her eyes went wide. She almost dropped the cinnamon roll.”

“I was definitely shocked when they called my name,” Johnson said. “I wasn’t ready for it. I knew that I did pretty good that day, but I wasn’t expecting a medal or anything. I never scored that high in a tournament. Now that I have an all-district medal, I’m super excited.”

Johnson joined senior Bryce Eoff as the only Wildcats to be selected on the all-district team. Eoff earned his second all-district award.

Getting two all-district performers was one of many highlights for the MCHS Scholar Bowl team in the 2021-22 season. The Wildcats finished 20-15 overall and 6-4 in Eastern Missouri Conference play. Their season ended with a 230-210 loss to Brentwood in the district semifinals.

“When we got to districts and made the playoffs, I knew it would be a good place to end even if we didn’t make it to state,” LaBrier said.

Junior Trenton Moose and freshman Landon Pottebaum round out the MCHS Scholar Bowl team, which is coached by Ben Creech.

In addition to his two all-district awards, Eoff was also a three-time all-EMO performer during his four-year career with the MCHS Scholar Bowl team.

Eoff said he has improved tremendously from his freshman year.

“In my freshman year, my first game I played was against Louisiana,” Eoff said. “I played against the third-best player in the nation in Michael Powells. We got creamed. I’m thankful for that because from that point on, it was going to get easier.”

Like Eoff, LaBrier also has been on the Scholar Bowl team all four years.

“My first two years, I was on the JV,” LaBrier said. “So I knew how tournaments went and I knew what the experience would be like when I got to varsity. So last year, when we got to conference, Creech had me on as the fifth man, so I was the main sub in that. It was a fun experience. It was fun to be a part of that team. We came one game short against Louisiana for winning conference. It was tough. We were up at halftime by a wide margin, but we ended up losing by one question.”

Moose and Pottebaum wrapped up their first seasons with the Scholar Bowl team. Moose was part of the starting lineup with Johnson, Eoff and LaBrier, while Pottebaum was the team’s substitute player.

Johnson joined the team in her freshman year, but it was cut short due to the COVID-19 pandemic. Before she enrolled in MCHS, Johnson had plenty of Scholar Bowl experience.

“I knew I really enjoyed it when I started playing it in fifth grade,” Johnson said. “Then, I played through middle school a little bit when they had a team. I knew immediately that I wanted to join when I was in high school. Even though my first year got cut short, I had no regrets and I am so glad that I dedicated my time to it.”

Eoff said he has high hopes for Johnson for next season.

“I expect her to get all-district and all-conference next year,” he said. “She’s going to be a great leader of this program next season. She’s the hardest worker you’ll ever know.”