For 147 years, many people have stayed at 901 Pickering Street in Montgomery City.

Even David and Mary Falloon. 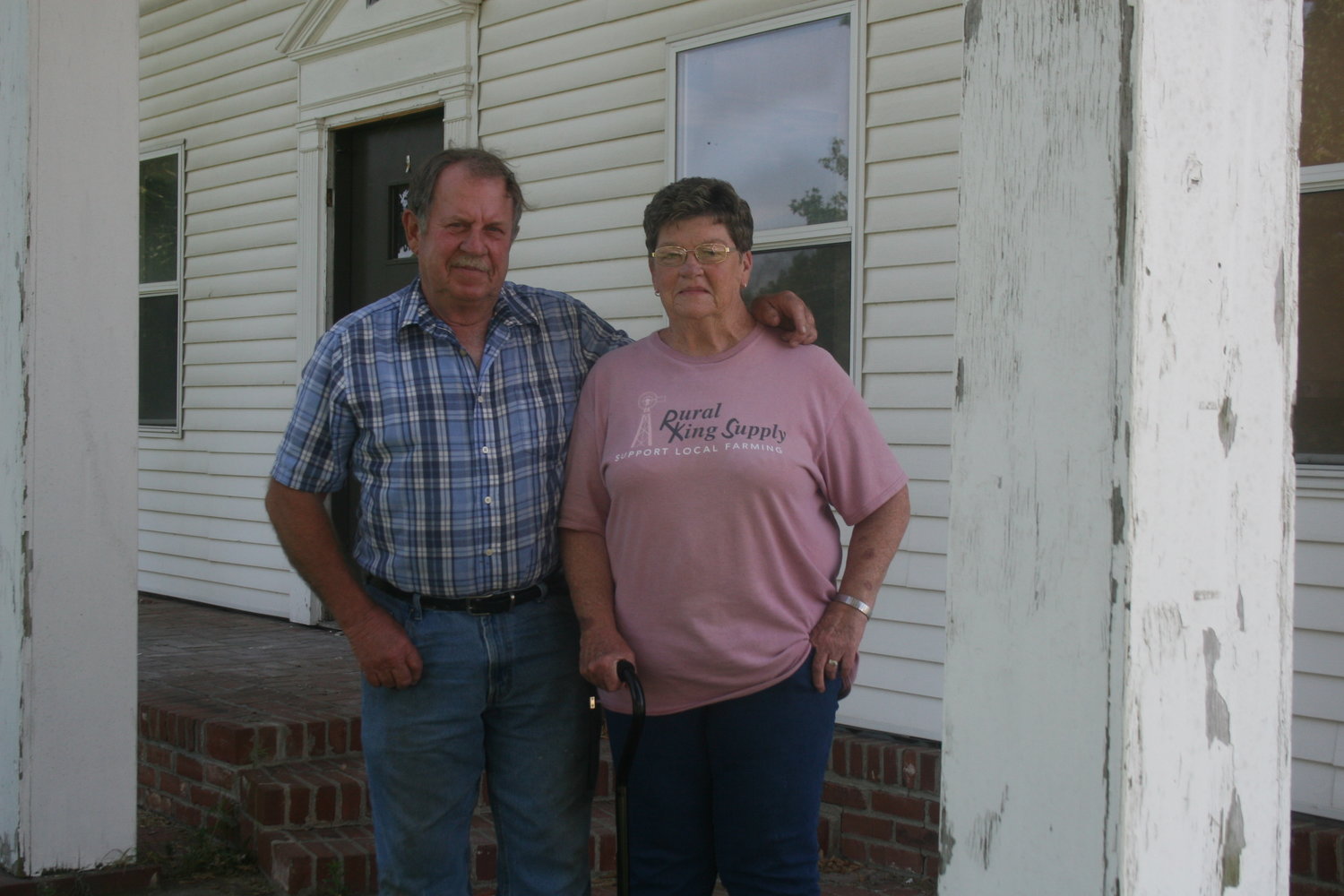 Montgomery City residents David and Mary Falloon pose in front of their old home at 901 Pickering Street, which will be torn down later this summer. The house was built in 1875.
Theo Tate photo
Posted Thursday, June 23, 2022 9:31 am
By Theo Tate

For 147 years, many people have stayed at 901 Pickering Street in Montgomery City.

Even David and Mary Falloon.

Now, that house is going to be torn down. It will be demolished later this summer.

The Falloons stayed in the two-story house for 37 years before building a new home in October. The new home is located right behind the old house.

Mary said since she and her husband moved into their new home, they saw a big difference in their utility bills.

David said he and his family enjoyed their stay at 901 Pickering. Numerous family gatherings were held at that house.

“There were a lot of memories in there,” he said.

The old house was originally built in 1875 by an architect from Omaha, Neb., for his brother-in-law. Since then, the home has been remodeled several times. In 1965, the house added a front porch with pillars. When it was first built, it had a balcony.

“I did research on it,” said David, who has plenty of pictures and letters that include information on the house. “A lot of history goes back to the guy who broke the original ground around here. He ended up being influential in the railroad business in Omaha.”

David and his family moved to Montgomery City from Sullivan when he was two years old in 1954. He and Mary got married in 1972.

The Falloons moved into the Pickering Street house in 1984. They bought it from the Krueger family.

“We used to live right across the field in a white house,” Mary said. “We lived there for 12 years. When (our son) Adam was born, it became too small. So we went looking around, we knew the people who had it and they were ready to sell.”

When the Falloons moved into their new home 38 years ago, there were no other houses in that neighborhood.

David said while he and his wife were working on the house several years ago, they had a surprise visit from a woman from St. Louis.

“The woman’s name was Margaret Vanover,” David said. “She said, ‘I hate to intrude, but I was curious to see what you’re doing to the house because I used to live here when I was a kid.’ So she told us stories about living here when she was younger.”

David said he and his wife decided to move out of the house as it deteriorated for the last several years. Recently, the back part of the house was torn off.

David said he will miss one of the special features in the house, which is a big walnut staircase.

“We have hundreds of pictures of kids in front of the staircase for Christmas, Easter and graduations and with their boyfriends and girlfriends,” David said. “That’s all been torn down.”

Mary said the only residents who are currently staying there are the raccoons. Of course, they will have to move out once the house gets torn down.

“I don’t know where the raccoons are going to go,” Mary said. “They may not be happy about that.”