Even though she was on crutches, Sam Queathem was upbeat about Homecoming Week at Montgomery County High School.

“It’s really important because we have a small community,” the … 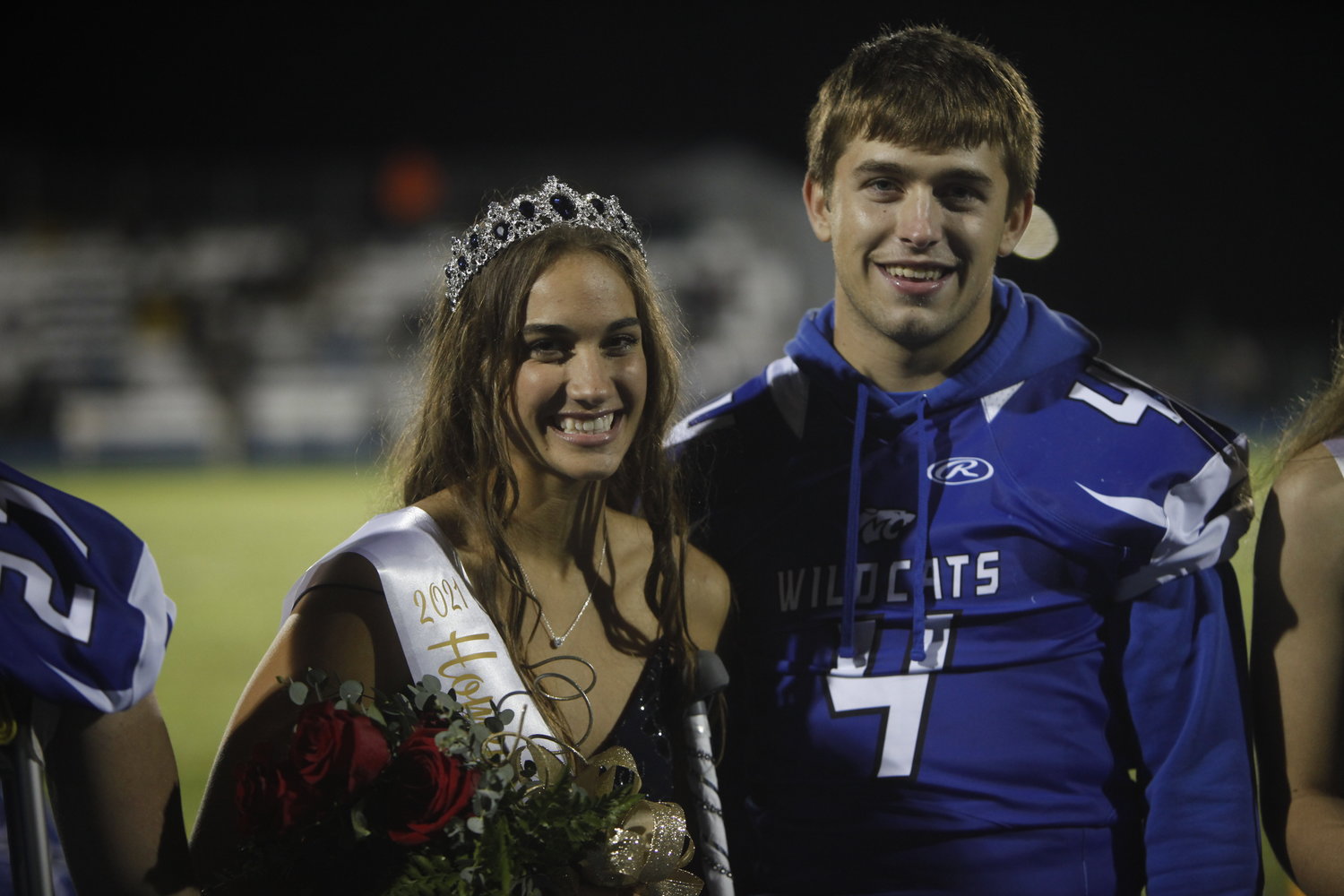 Even though she was on crutches, Sam Queathem was upbeat about Homecoming Week at Montgomery County High School.

“It’s really important because we have a small community,” the MCHS seniorsaid. “Everyone comes together. They support each other and they make the best out of everything.”

Queathem’s final Homecoming week at MCHS turned out to be a memorable one. On Oct. 15, she was selected as the school’s Homecoming queen during a coronation at halftime of MCHS’ football game against Van-Far at Jim Blacklock Field. She was the first MCHS senior in three years to earn the big honor.

“It’s very special because that’s something your school votes on, so that goes to show how people view you,” Queathem said. “It means a lot that people think of me highly and want me to support my class. I’m really honored to be Homecoming queen.”

Queathem was part of a 10-member Homecoming court that included freshmen Jenna Lalumondier and Trenton Birkner, sophomores Olivia Shaw and Jacer Brower, juniors Addison Schluss and Adam Czerniewski and seniors Drake Smith, Grace Lovell and Trenton Clardy. Junior Maddie Wisdom, last year’s queen, also was in attendance. All of the members got to walk on the track during the coronation.

Smith was Queathem’s escort. No Homecoming King is awarded at MCHS.

Queathem got help from one of her cousins to help decorate her cast and crutches for the coronation.

“It didn’t take very long,” Queathem said. “It took us about an hour to do the crutches and the cast.”

Queathem suffered a season-ending injury to her right foot during a softball game against Warrenton on Sept. 25. She said since the injury, she has gotten plenty of support from her friends and family members.

“Everyone was helping me out with little simple things, like carrying my stuff at school, helping me pick up something, coming to visit me, texting me and letting me know that they’re thinking about me,” said Queathem, who played catcher for the MCHS softball team. “It means a lot.”

Queathem also plays basketball and competes in track. She will miss part of this winter’s basketball season due to her injury.

“It stinks for basketball season because that’s something I was really looking forward to,” said Queathem, who was an all-conference selection last winter. “But I’ll still be able to watch my sister Maddy and her friends play. I’ll still be there supporting them and coming to practices and games. Hopefully, I’ll be able to play by the end of the season. But I just have to make sure that I get my foot healed first.”

Queathem is already excited about the 2022 Homecoming coronation.

“I always look forward to it,” she said. “I’ll be able to come back next year and hand the crown down to someone else.”