Since it was founded in 2019, Veregy has played a key role in specializing in major building projects in schools and courthouses, making them more energy efficient. 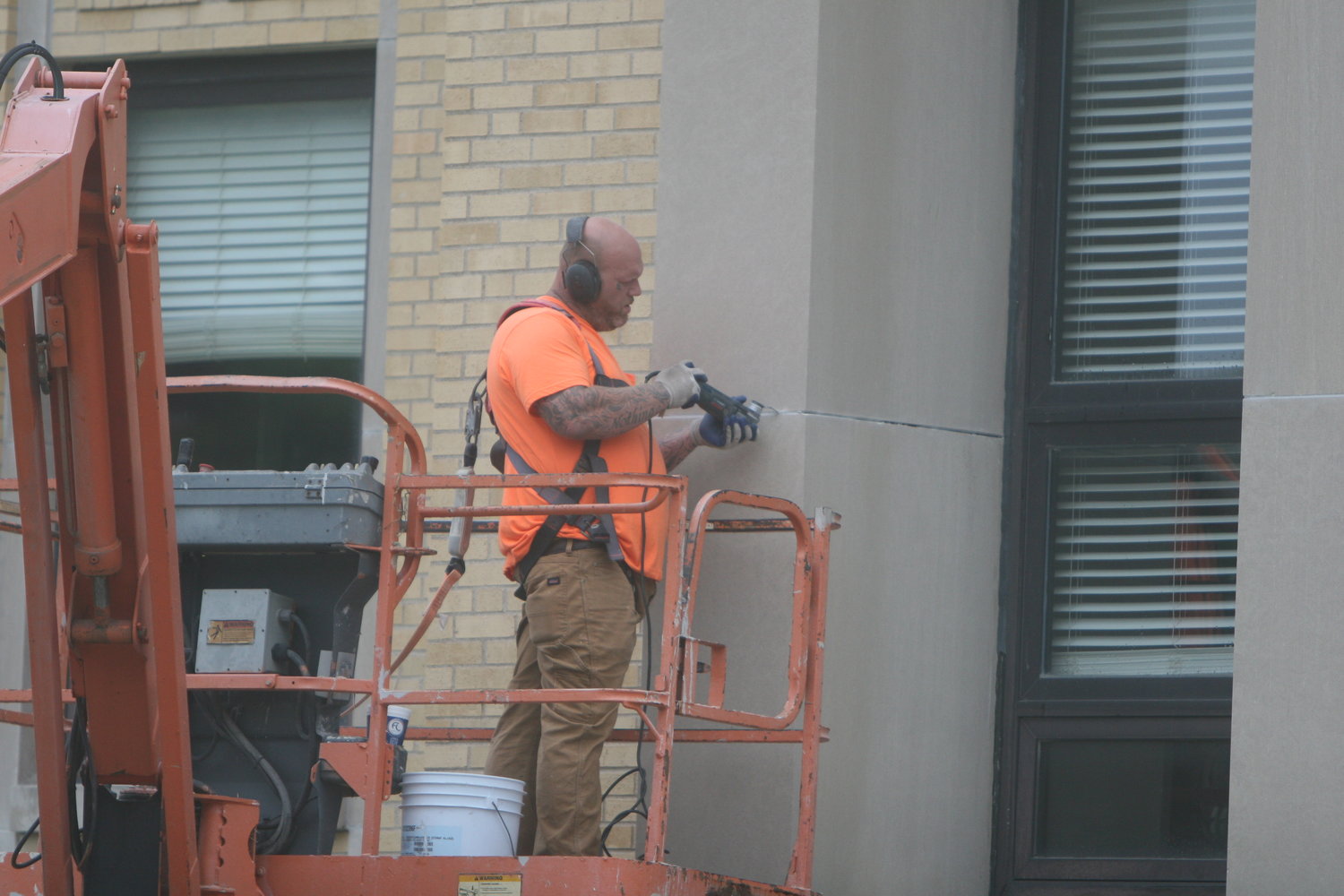 Since it was founded in 2019, Veregy has played a key role in specializing in major building projects in schools and courthouses, making them more energy efficient.

Now, the Phoenix, Ariz., company is looking to help make improvements to the Montgomery County Courthouse, which was built in the late 1950s.

Workers from Veregy have started on the courthouse renovation project, which will last until probably the end of the year. The project will include window and roof replacements and masonry repairs at the courthouse and jail, new lighting and ceilings and asbestos abatement.

The project will cost $5.2 million. Teeter said he’s happy that the courthouse will have a new look by 2023.

“It’s been limping along because they didn’t have the funds to do it,” Teeter said. “People are asking, ‘Where are you getting the money to do it now?’ Now that the 911 building has paid off, the capital improvement sales tax that’s in place for a variety of projects like this will now be able to start making those payments with no tax increase. That makes it a little easier to make that decision of, ‘Hey, let’s fix what needs to be fixed and really save this building from further problems.’”

Teeter said he found out about Veregy last year, when the company did some work at Montgomery County High School.

“That’s how we came in contact with them and started a discussion with the work that we needed to do here,” Teeter said. “They specialize in doing things for courthouses, schools, big buildings and big agencies. They find ways that you can save money in utilities and replace what needs to be taken care of. That’s a big part of it.”

Veregy recently finished a renovation project at the Adair County Courthouse in Kirksville.

“Their courthouse is a little older than ours,” Teeter said. “It was built before the turn of the (20th) century. It’s a wood structure. They had a lot of problems there, trying to brace up the integrity of the building as well as all of the water issues. They had done a lot of work up there they had to do, it took six months to get the moisture out of the inside of the building. It was so saturated.”

Work at the Montgomery County Courthouse began in mid-May, when some trees near the courthouse were cut down. Teeter said the trees had to be removed in order for a ground source heating and cooling system to be installed in the front lawn at the courthouse.

“People thought we made a snap decision to cut down trees,” Teeter said. “No, that wasn’t a decision that was made in one day. It had nothing to do with the work that’s being done on the outside of the building. The peoples’ interpretation was did we cut down those trees to work on the exterior of the building? No. The whole reason those trees were cut down was because of the ground source heat pump.”

Due to the renovations, the courthouse will be closed in September.

“The courts are going to move to City Hall so they can still maintain the court,” Teeter said. “We’re going to move some of the offices to different locations, whether they’re our access buildings, like the 911 center and the annex. A few people might have to work from home.”