With his senior baseball season starting in three months, Evan Abercrombie has finalized his college plans. 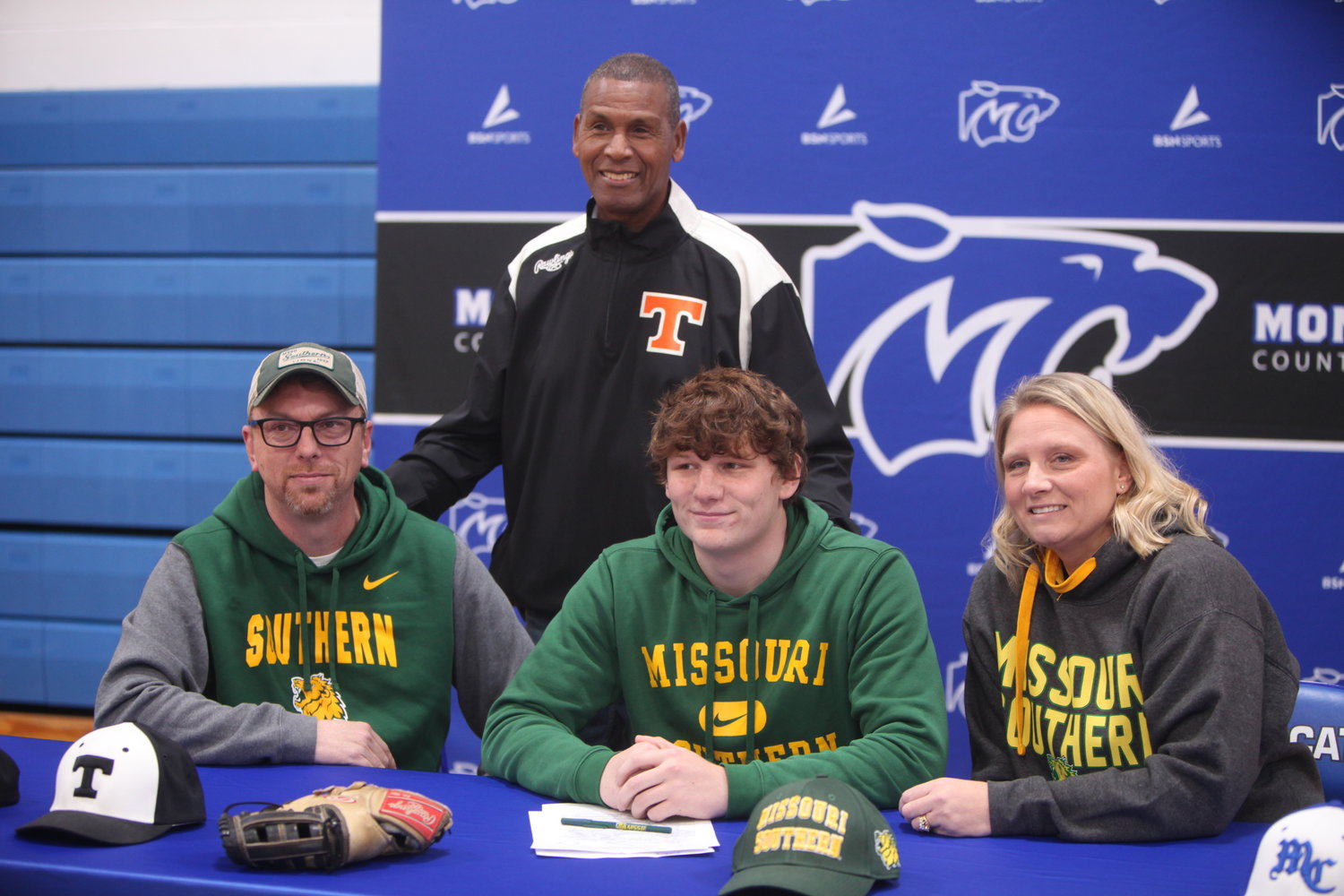 With his senior baseball season starting in three months, Evan Abercrombie has finalized his college plans.

The Montgomery County senior signed a letter of intent to play baseball at Missouri Southern State University in Joplin in front of numerous family members, friends and coaches on Nov. 18. He will join a program that has finished with a winning record in each of the last seven seasons, including a 30-win campaign in 2021.

“It’s really nice because a lot of the other kids — the non-athletes in my grade — are scrambling to figure out what they’re going to do,” Abercrombie said. “I’m kind of ahead of the game.”

Missouri Southern, which competes in the NCAA Division II level, is coached by Bryce Darnell, who has 405 victories during his 15-year tenure.

Abercrombie, a pitcher, said playing college baseball has been a goal of his since he started playing baseball when he was in elementary school.

“To finally meet that goal is really exciting,” Abercrombie said. “But the work has just started. There is a lot of work to be done, but I’m ready for it. A lot of people I talked to said committing is the easy part, but going up there and sticking, staying and making yourself a name in the program you’re going to is the real test.”

Abercrombie will be the second person in his family to play baseball in college when he joins the Lions in 2023. His older brother, Ethan, currently plays the sport at Lindenwood University.

Abercrombie found out about Missouri Southern when Ethan played in a baseball tournament there.

“That was the first time I saw the campus,” Abercrombie said. “I thought it was a pretty nice place. Last spring, they reached out to me and texted me. That’s when they started the connection between me and the coaches.”

Last year, Abercrombie enjoyed a strong junior season at MCHS. He earned all-Eastern Missouri Conference and all-state honors after picking up five wins, including a pair of complete-game victories over Whitfield and O’Fallon Christian in the district tournament and a no-hit performance against Silex.

Abercrombie said he was pleased with the way he played in 2021 after not getting to play in his sophomore year due to the COVID-19 pandemic.

“Last year was huge because it was my first chance to make a name for myself,” Abercrombie said. “Reaching the goal, that I set before the season, of getting all-state was really nice.”

“I’m planning on getting a lot of work done this winter so I could be better than I was last year,” Abercrombie said. “I’m hoping to get first-team all-state instead of second team.”

“He was really hard on me, but it was for the good,” Abercrombie said. “He was a huge part of my maturity as a player up until this point.”

Tobias, who played three seasons of professional baseball in the Montreal Expos and Detroit Tigers organizations and once roomed with Hall of Famer Tim Raines, said he had high hopes for Abercrombie when he first started coaching him two years ago.

“He was a pretty frail and thin eighth-grader going into the high school program,” Tobias said. “But every year, his body starts to fill out. The one thing I remember about Evan is he had a strong work ethic. He was coachable and he’s going to be successful at the next level at Missouri Southern. I have no doubt.”