Layne Norris had two reasons to celebrate at the Class 1 state meet on Nov. 6 at Gans Creek Course in Columbia.

The Wellsville-Middletown senior not only earned his first all-state medal, but he … 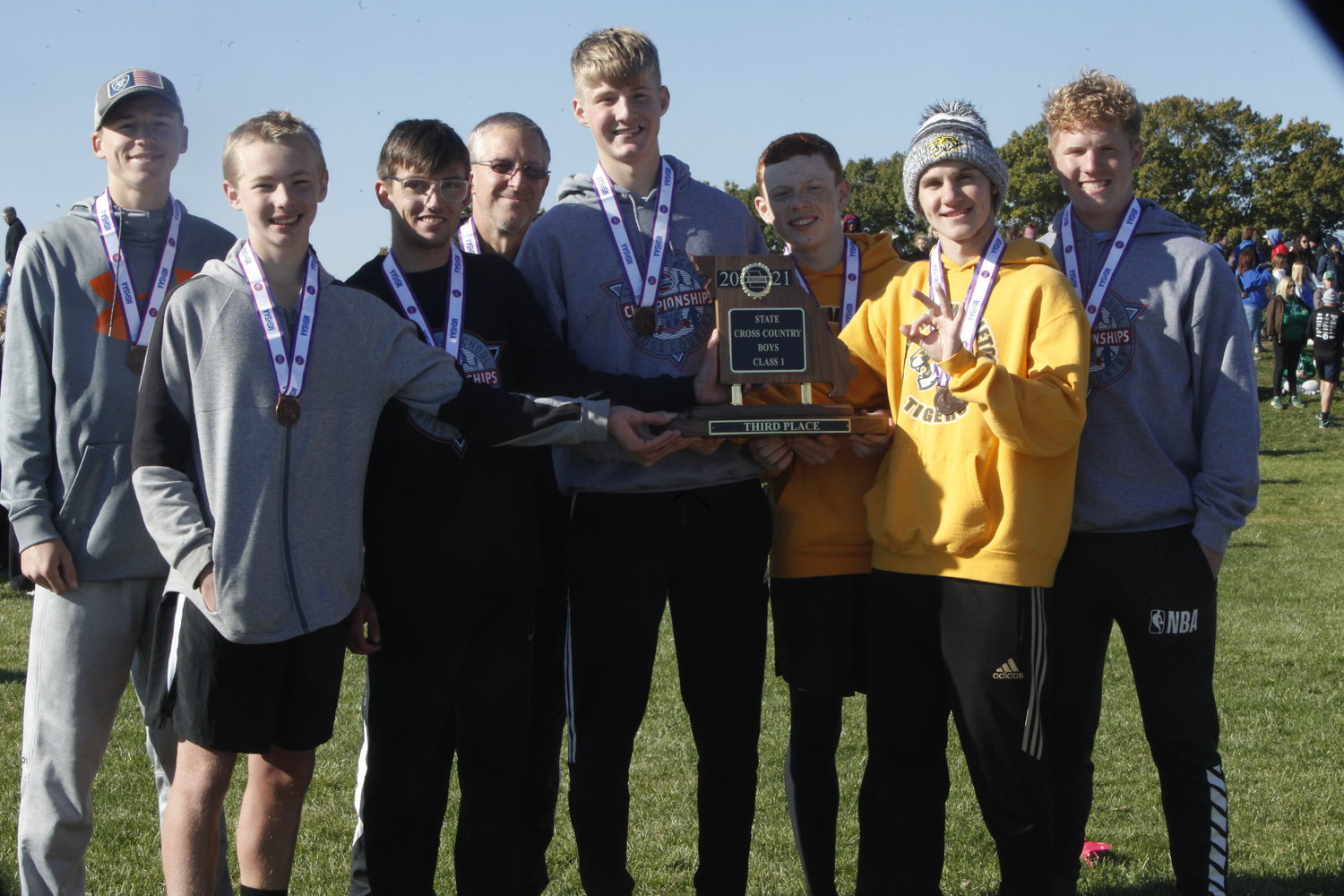 Layne Norris had two reasons to celebrate at the Class 1 state meet on Nov. 6 at Gans Creek Course in Columbia.

The Wellsville-Middletown senior not only earned his first all-state medal, but he also helped his boys team pick up its first plaque in program history. Norris finished 18th with a personal-best time of 17 minutes, 40 seconds and helped the Tigers finish third out of 16 teams with 155 points.

“To be able to perform and get them on the podium, it’s amazing,” Norris said. “I couldn’t believe it.”

When Norris saw the results on the big scoreboard behind the finish line after the race, he jumped for joy.

“I couldn’t help it,” Norris said. “I was so excited. We came in here and we didn’t know what we were going to do. We ran against some of these teams and they beat us. There are some that we don’t see until this meet. I knew we could maybe get fourth if we all had a good day, but we had an amazing day and we got third. That’s crazy. It’s insane.”

Norris also became the first W-M runner to earn all-state honors in cross country. The performance wrapped up an outstanding senior season that included victories at the Wellsville-Middletown and Clopton meets and seven medals.

“God has blessed me this year,” Norris said. “This is after I didn’t know if I was going to be able to run. The family got COVID and that was scary. Half of our team has been out. We really haven’t had a full varsity team up until conference and they weren’t running at their best. But, we saved it for today.”

Senior Issac Seabaugh placed 46th with an 18:31, freshman Hunter Bickell finished 68th with an 18:51, senior Keaton Mayes came in 78th with an 18:56, junior Kaleb Peak placed 88th with a 19:08, freshman Jonah Slovensky finished 137th with a 20:14 and senior Jason Hollensteiner was 151st with a 21:17 for the Tigers, who qualified for state as a team by placing second to Hermitage in the District 3 championship meet on Oct. 30 at Linn High School.

“I knew there was a chance that we could come to state and we could do well at state,” Peak said. “But placing as a team at state never even crossed my mind.”

Hermitage won the state title with 61 points and Oak Ridge was second with 132. Valle Catholic came in fourth with 162.
Hollensteiner said he was amazed that his team placed at the state meet. The top four teams earn plaques.

“It took some time to set in,” Hollensteiner said. “They told me after I just got done running. I was really tired and I didn’t have the energy to process what’s going on. Once I got to change my clothes, it finally set in. I was like, ‘Wow.’”

W-M made its first appearance at state as a team since 2018.

“We’ve been looking forward to this meet all season,” Peak said. “We proved that we were the best team in school history. It’s just an awesome moment.”

Peak, who competed at state for the first time, said the third-place plaque was pretty special for the senior class.
“They’re a really big part of the team,” Peak said. “They make up most of the team. I’m going to miss them next year. I don’t know how I’m going to do without them.”

Also for the Tigers, sophomore Jenelle Boeckelman placed 109th with a 24:34 in the girls state race.