The Montgomery County Wildcats got off to a fast start against the Clark County Indians in a Class 2, District 7 quarterfinal game on the road on Oct. 28.

Still, that wasn’t enough to help … 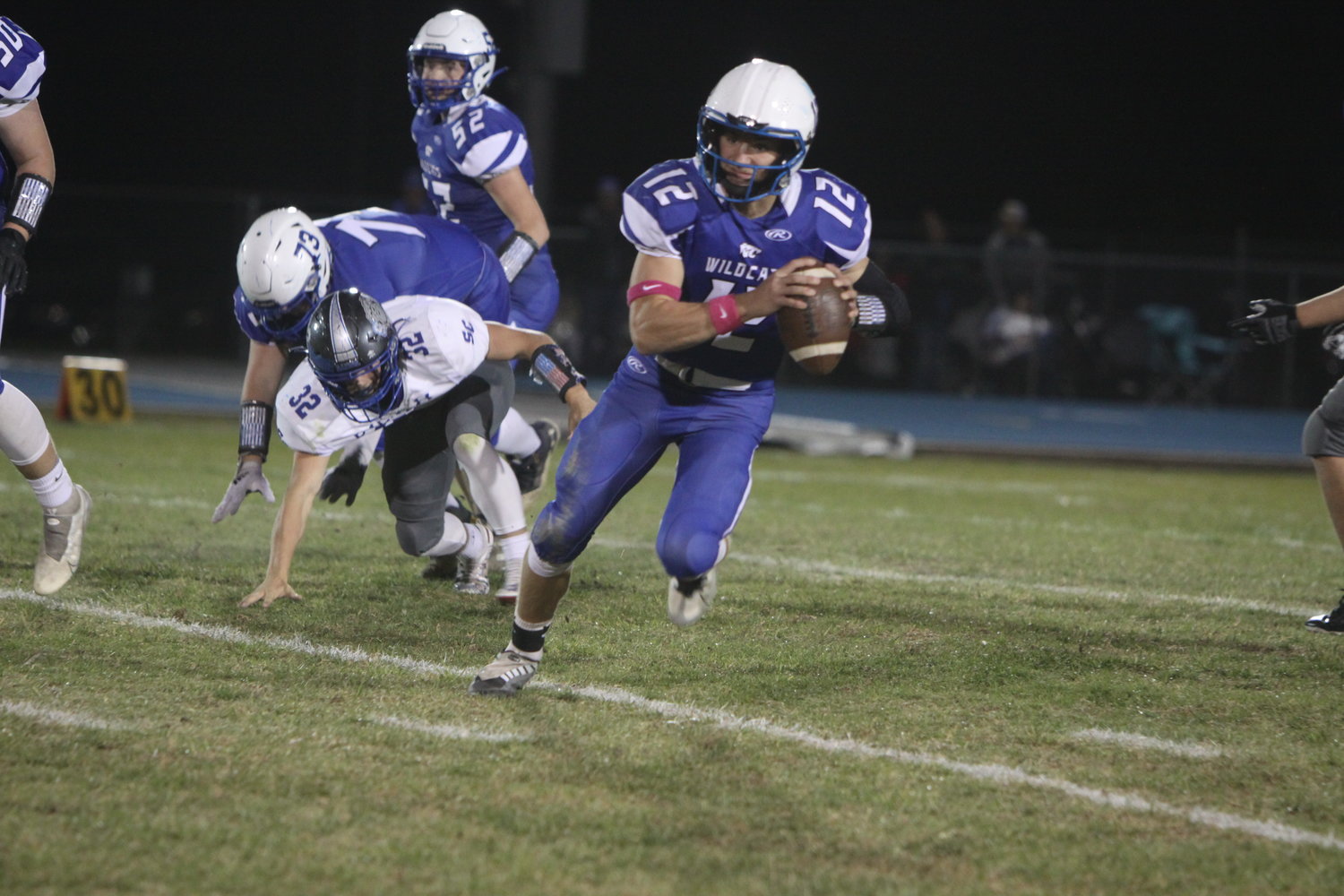 Montgomery County senior quarterback Adam Czerniewski scored a touchdown in his team’s 33-12 loss to Clark County in a Class 2, District 7 quarterfinal game on Oct. 28. The Wildcats finish their season at 2-8.
Theo Tate photo
Posted Friday, November 4, 2022 9:53 am
By Theo Tate

The Montgomery County Wildcats got off to a fast start against the Clark County Indians in a Class 2, District 7 quarterfinal game on the road on Oct. 28.

Still, that wasn’t enough to help the Wildcats pull off the win over the Indians.

Clark County, located in Kahoka, advanced to the district semifinals after cruising to a 33-12 win over MCHS. The Wildcats ended their season at 2-8, making it the first time since 2017 they finished with a losing record. They lost their last three games of the year.

Senior quarterback Adam Czerniewski and senior running back Dominic Luttrell each scored touchdowns for fifth-seeded MCHS, which was eliminated in the district quarterfinals for the second year in a row. Last year, the Wildcats fell to Centralia in a district quarterfinal game at Jim Blacklock Field.

Czerniewski gave the Wildcats a 6-0 lead by scoring his 10th touchdown of the season with 7:19 left in the first quarter. He also surpassed last year’s total of nine.

But Clark County, the No. 4 seed, responded with 33 unanswered points to pick up its first postseason win since 2019, when it finished 12-2 and captured a district championship. The Indians improved to 5-5 with the win over MCHS after winning just one game last year.

Clark County was scheduled to play Bowling Green in the district semifinals on Nov. 4 at Bowling Green. The top-seeded Bobcats entered the contest at 9-0.

Luttrell scored a 16-yard touchdown run in the closing seconds of the game to cut Clark County’s lead to 33-12. He finished with three touchdowns on the season.

MCHS began its season by losing its first five games, its worst start since 2015, when it finished 0-10. The Wildcats pulled off back-to-back wins over Wright City and Louisiana before losing their next three games to North Callaway, South Callaway and Clark County.