After cruising to an Eastern Missouri Conference tournament championship on April 25, the Montgomery County golf team accomplished something it hasn’t done since the late 1990s – win … 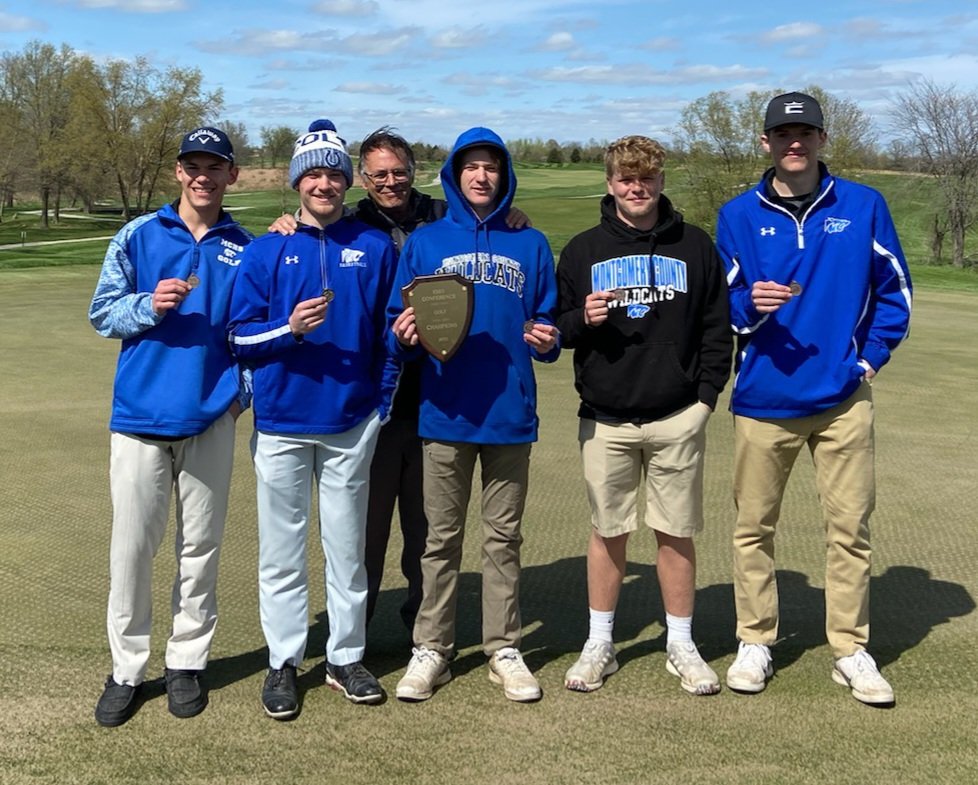 After cruising to an Eastern Missouri Conference tournament championship on April 25, the Montgomery County golf team accomplished something it hasn’t done since the late 1990s – win back-to-back EMO titles.

The Wildcats won their second straight conference crown and their seventh overall after placing first in the nine-team tournament at Tanglewood Golf Course in Fulton by 26 strokes. MCHS finished with a four-player score of 361.

“It’s always a good thing to do,” MCHS senior Logan Hutcheson said. “I’m glad that we can come out and play well enough to get us another conference win.”

Now, the Wildcats will be seeking to add a district championship to their banner. They will be competing at the Class 2 district tournament on May 9 at Norwood Golf Course in Hannibal, which was the same place they won last year’s EMO tournament.

“We know the course well enough,” MCHS coach Robert Ripperdan said. “I think we have a pretty good shot of getting a team through. They know that, too. It’s exciting. Having four guys who can compete is really a big advantage in Class 2 golf because not a lot of schools have four guys who can shoot under 100. We have six or seven. From that standpoint, we’re blessed that the community has been making golfers because when you have a little golf course in town, that helps quite a bit.”

The Wildcats had five golfers shoot under 100 at the EMO tournament. Senior Keenan James finished fifth with an 85 to lead MCHS. Hutcheson and junior Keaton Reagan were tied for seventh with a 91, sophomore Robby Rodgers came in ninth with a 94 and junior Alex Hartman placed 13th with a 98. All five golfers earned all-conference honors.

MCHS played at Tanglewood Golf Course for the second time this season. On April 12, the Wildcats won a quadrangular match – which included North Callaway, Fatima and Missouri Military Academy – at the Fulton course.

“That’s a good course,” Ripperdan said. “But it was tough. The wind made it tough and it was cold. They have seen it before and they’ve played it in worse conditions. It was even windier when we played there before. But they have the confidence that they can play on, even when they get off to a bad start.”

The Wildcats won their third tournament title this season. They also placed first in the Warrenton and Elsberry tournaments. Reagan and James are the only MCHS golfers who earned medals in all three tournaments.

“Our team scores have been coming together really good,” Hartman said. “It feels like we’re firing on all cylinders with everybody from 1-5. It’s pretty fun.”