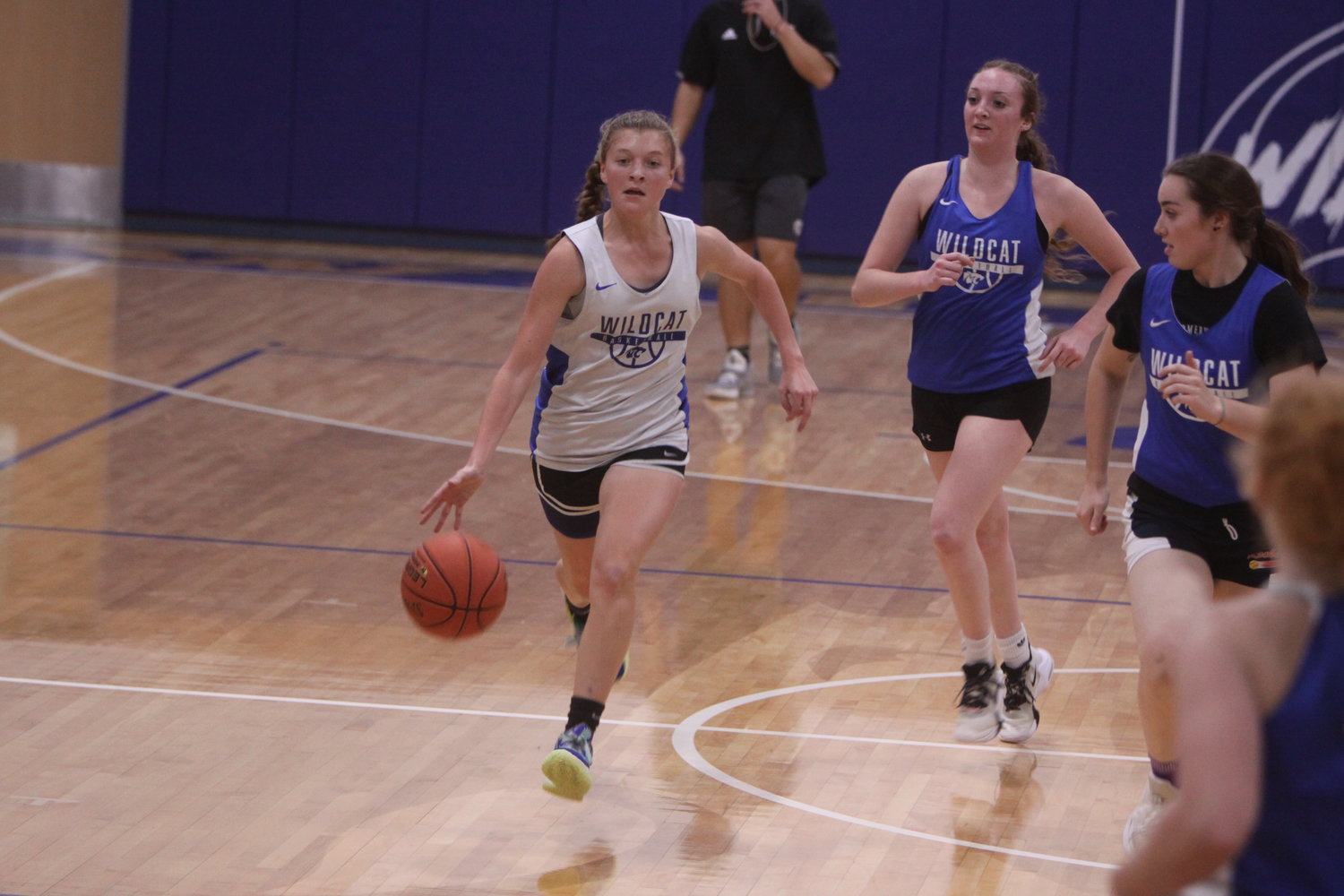 “This is the most experienced team I’ve ever had,” the MCHS coach said.

Now, Basinger hopes the team stays injury free as it approaches its season-opening game against the Sullivan Eagles at 7:30 tonight at Ballew & Snell Court.

“We have some kids kind of banged up and fighting some stuff,” Basinger said. “If we could get healthy, it would help a lot.”

Rounding out the team are sophomores Karla Gonzalez, Atlanta Kobusch and Avery Leu.

Basinger said several players are battling injuries, including Rodgers, who is trying to rebound from a groin injury that sidelined her in the last three weeks of the cross country season.

“I just want us to get healthy and to try to see what we got full speed,” Basinger said.

The Wildcats return their top scorer (Rodgers), top 3-point shooter (Queathem) and top rebounder (Shaw) from the 2021-22 season. Rodgers averaged 15 points per game, Queathem tied a school record for the most three-pointers in a game with five and Shaw averaged eight rebounds a game. All three players earned all-EMO honors.

Last year, the Wildcats finished with their second straight 20-win season, captured their third consecutive EMO title and won their first district championship in 1998. They lost to Tipton in a Class 3 sectional game.

MCHS lost only one player – Sam Queathem – to graduation. She earned first-team all-EMO honors after scoring 128 points in 13 games.

Flake, Fischer, Wisdom and Doyle have been playing with the MCHS girls basketball program since they were freshmen. They helped the Wildcats win 58 games in three years.

“I’ve been around this group for a long time,” Basinger said. “I created a lot of memories with them. We’ve been through some good times and bad times and all in between. They’re going to be a tough group. I just want them to have a special senior season.”

The Wildcats will look to win their seventh straight season opener as they take on a Sullivan team that won nine games in each of the last two years. It will be the first meeting between both schools.

Basinger returns for his seventh season as MCHS coach. He has 98 victories with five winning seasons during his tenure.