That’s when they traveled to the Class 1 Show-Me … 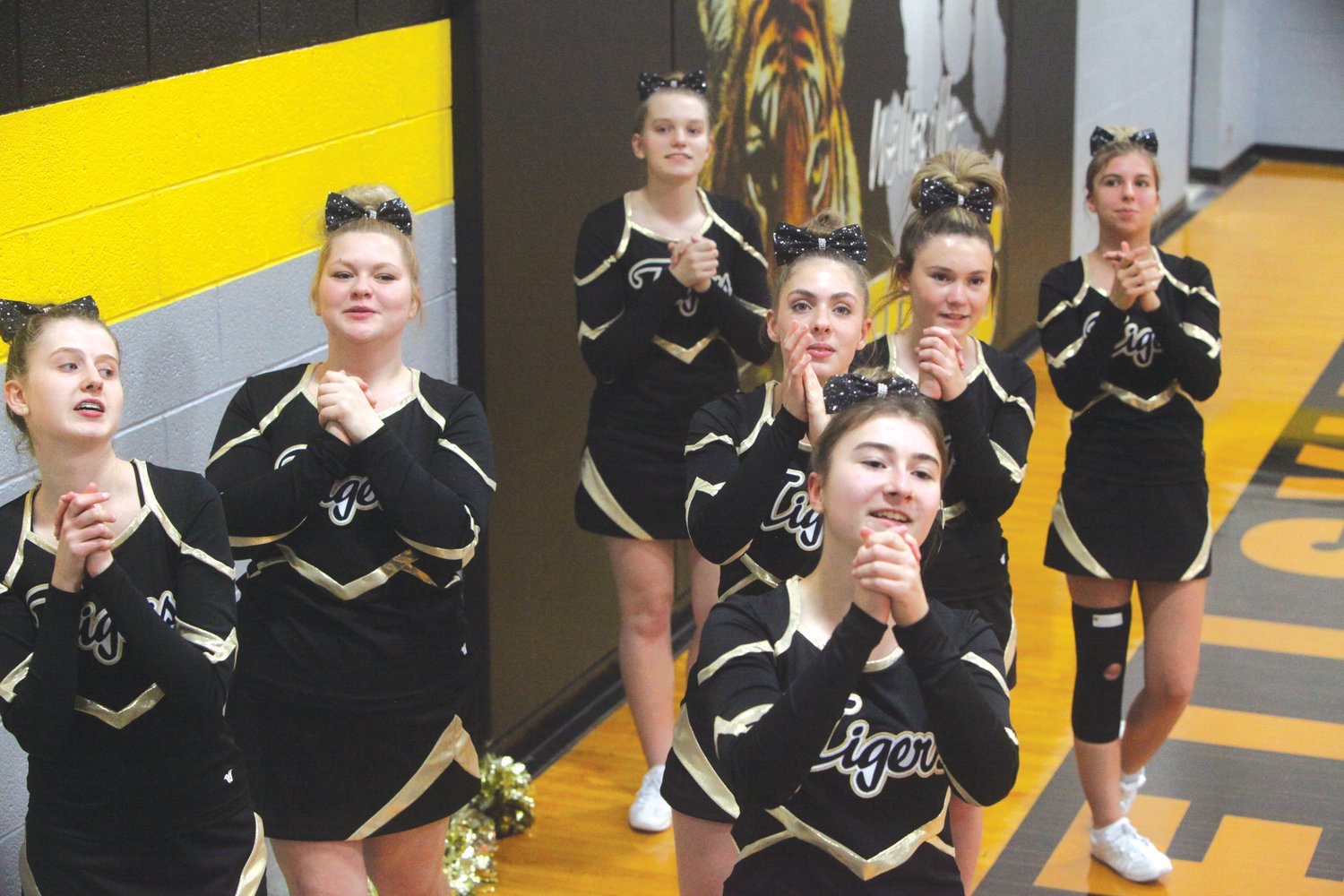 “It was an amazing experience and I hope we can do that again,” Frank said.

This year, Frank and Hager – both juniors – are leading a cheerleading team that has two other returners – sophomores Alyssa Beach and Aubrey Caldwell – and freshmen Nicole Adams, Karley Arens and Brooke Stroup. There are no seniors on the team. Michelle Stroup is the squad’s coach.

Hager said she was looking forward to coming out for another winter and cheering on the both boys and girls basketball teams.

“They taught me so much,” Frank said. “I learned everything from them. They were like my moms on the team. So we’re now the oldest of the team. So we have to teach them all of the things we learned from them to the next generation of cheerleaders.”

Besides traveling to the Final Four with the boys basketball team, the cheerleaders also participated in state competition in the 2021-22 season. The Tigers competed in the Class 1A small-school division of the Missouri Cheerleading Coaches Association state contest at the Show-Me Center in Cape Girardeau. They finished 11th.

Hager didn’t go to the state competition due to illness.

“All of my friends like Shelby, Brooke Reichardt and Lexi Kemp texted me the whole time there, giving me updates,” Hager said. “Then, coach Michelle sent me the video of their state routine right after they did it. It was like I was there, but I was at home.”

The boys basketball team placed fourth in the state tournament last winter. All of the cheerleaders participated in both semifinal and third-place games at Springfield.

“On the day we got fourth place, we had to spend all day in the gym, so we did a lot of practicing,” Hager said. “We went out to eat the night before. We all got to stay in the hotel rooms. It was a great time. We really got to spend a lot of time together.”

Hager enjoyed riding the charter with the boys basketball team.

“The bus was really fun,” Hager said. “It was a very long bus ride, but we all got to make memories on it. We had all kinds of Snapchat pictures and everything else.”

Frank, who is also a member of the school band, has been a cheerleader since seventh grade. When she was a freshman, she was on a cheerleading team that included her older sister, Natalie.

“The cheerleading team is like one big happy family all joined together,” Frank said. “We’re all just so happy and we push each other to be the best that we can be.”