When Lyric Ford stepped into box 17 in the girls race of the season-opening New Haven Invitational on Sept. 3, she couldn’t believe that she was getting ready to start her fourth and final … 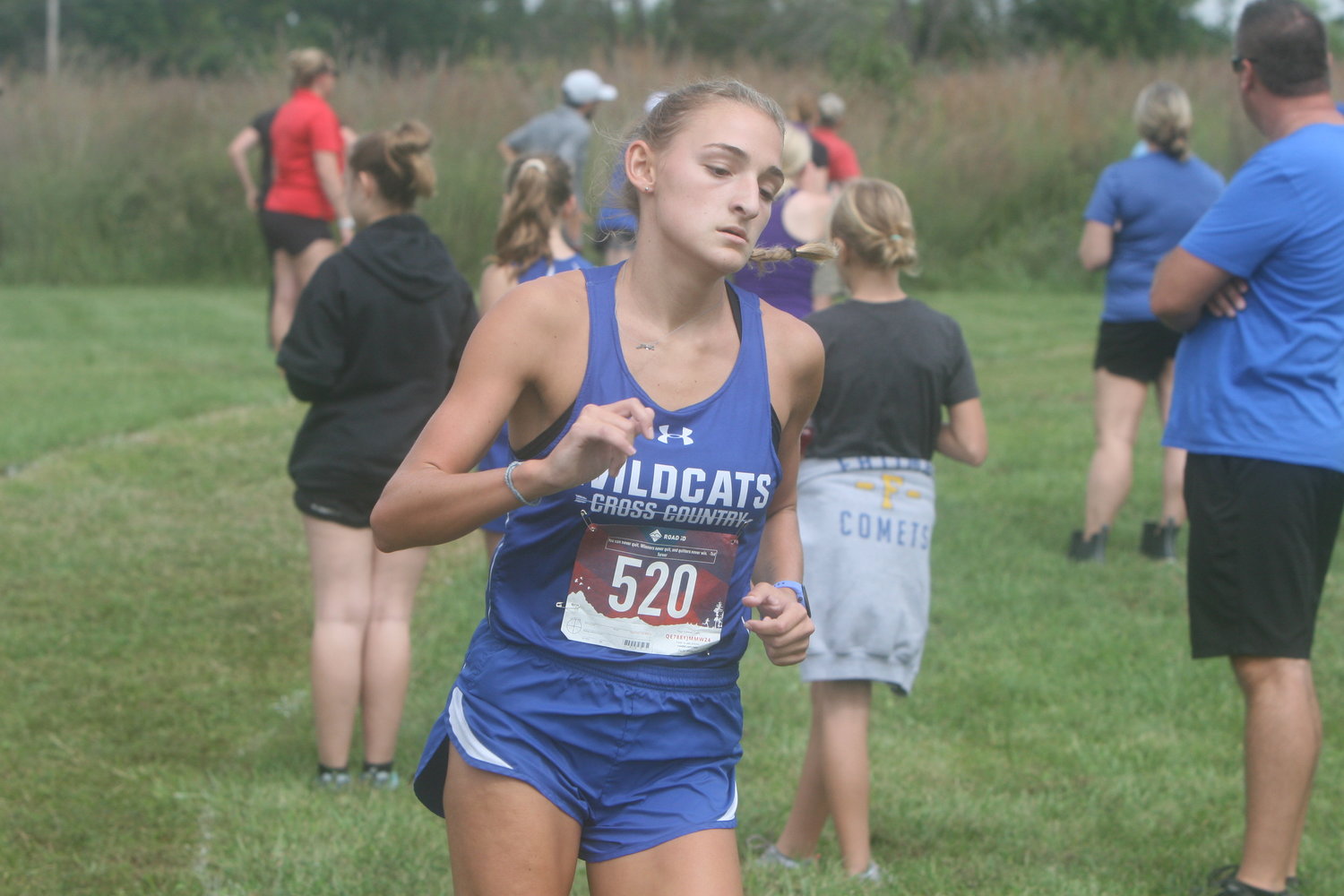 Montgomery County senior Lyric Ford competes in the first mile of the New Haven Invitational on Sept. 3. She won the girls individual race with a time of 19 minutes, 6 seconds.
Theo Tate photo
Posted Saturday, September 24, 2022 9:23 am
By Theo Tate

When Lyric Ford stepped into box 17 in the girls race of the season-opening New Haven Invitational on Sept. 3, she couldn’t believe that she was getting ready to start her fourth and final season with the Montgomery County cross country team.

Ford couldn’t have asked for a better way to start her senior year with the Wildcats. She won her second New Haven title with a time of 19 minutes, 6 seconds.

“Honestly, I was shocked,” Ford said.

Now, Ford is hoping to wrap up her cross country career on top of the podium at the Class 3 state cross country meet in November. No MCHS runner has ever won a state title in the girls division.

“That would mean the world to me, especially since that’s been something that I’ve been working towards every single year,” Ford said.

Ford earned another victory on Sept. 17, winning the Fulton Invitational championship with a 19:25. She beat Eldon’s Zoe Martonfi by four seconds for the title.

Ford also had a ninth-place medal in the Green Division of the Forest Park Festival in St. Louis on Sept. 10.

Ford has become one of the top runners in the history of the MCHS girls cross country program since she joined the team in her freshman year. She has nine wins, earned 28 medals – three of them were all-state – and holds the school-record time of 18:57 she set at the Gans Creek Classic in Columbia last year. She became the first MCHS runner to earn all-state honors in the girls division in her freshman year, when she placed eighth in the Class 2 meet.

This year, she’s part of a MCHS girls team that has six returning runners from last year. The Wildcats won two races, including their first Eastern Missouri Conference title in program history, in 2021.

“I have an amazing team now,” Ford said. “We have six girls and, occasionally, we’ll have seven. It’s a blessing to close out my cross country career with a full team, especially a full team that’s going to be really good at the end of this year.”

Ford won the New Haven girls race by 44 seconds. Ford also picked up her fourth medal at New Haven. She placed eighth as a freshman, first as a sophomore and fourth as a junior.

“It’s definitely not my favorite course, but it challenges you in different ways, especially since it’s really hot here every year,” Ford said. “There’s a hill every now and then, but it’s definitely physically and mentally challenging. I think it’s a great meet to start off with.”

With her cross country career coming to an end, Ford is figuring out her college plans. She has two choices – Southern Illinois University-Edwardsville and Maryville University. Both teams came to watch Ford at the Forest Park Festival.

“It’s very stressful,” Ford said. “But I’m going to kind of put that in the back of my mind and just focus on being the best that I can be this season.”