Wellsville-Middletown junior Bethany Slovensky couldn’t have asked for a better way to start off 2023. 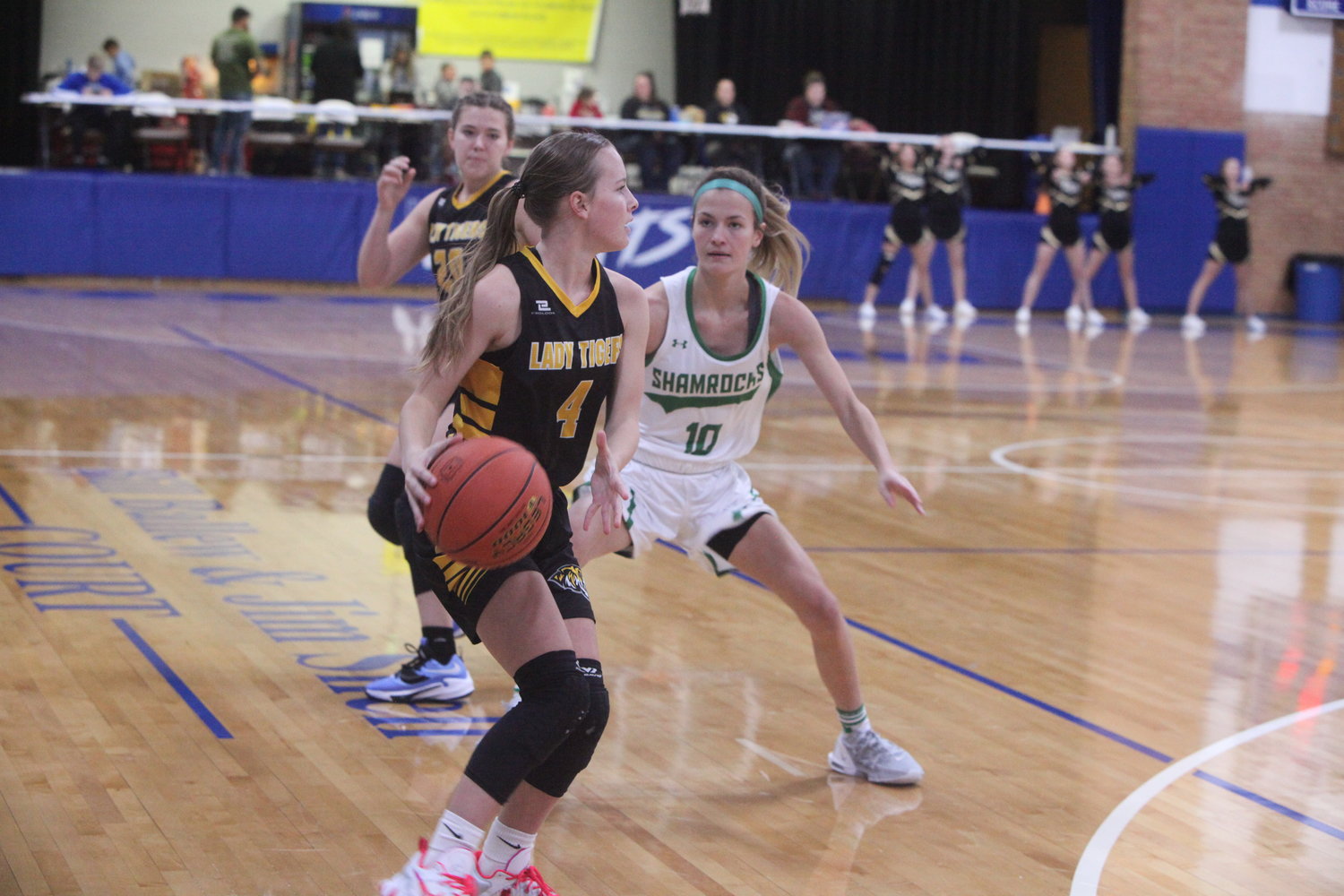 Wellsville-Middletown junior Bethany Slovensky is being defended by New Haven’s Brenna Langenberg during a game at the Montgomery County Invitational on Dec. 3. Slovensky is enjoying an outstanding career with the Tigers that includes two all-Eastern Missouri Conference awards.
Theo Tate photo
Posted Thursday, January 12, 2023 9:29 am
By Theo Tate

Wellsville-Middletown junior Bethany Slovensky couldn’t have asked for a better way to start off 2023.

With just three seconds into the Tigers’ home game against Calvary Lutheran on Jan. 2, Slovensky received a pass from junior Jenelle Boeckelman following a tip-off and scored a layup. She went on to finish with 13 points, 10 in the first half, to lift the Tigers to a 69-29 win.

“As soon as the referee threw it up, I started going to the basket,” Slovensky said. “The ball got to me and it went in. Everything went good after that.”

Now, Slovensky hopes that everything will continue to be good for her and the Tigers for the rest of the season. Going into its road game against Marion County on Jan. 9, W-M is 6-4 and is looking to finish with its first winning season in more than a decade.

Slovensky has been a valuable player for the Tigers since she joined the program in her freshman year. In each of the last two years, she finished as the team’s leading scorer and earned all-Eastern Missouri Conference honors.

“It’s been really exciting because I’ve had a big support group with my family and friends and everything,” Slovensky said.

This winter, Slovensky has concentrated more on defense, shutting down the other team’s top scorer.

“This year has definitely been different for me,” Slovensky said. “We’re doing a 1-2 chaser (zone defense) more. The person I have (to defend) is my responsibility not to let them score and that’s exactly what I’ve been doing. The girl I’m on usually doesn’t score very much and that’s a big help for our team.”

Against Calvary Lutheran, Slovensky finished in double figures for the second straight game. The week before, she scored 13 points in the Tigers’ 62-22 win over East Harrison in the Holiday Hoops Shootout at North Central Missouri College.

“It was a long drive,” Slovensky said. “But we were super excited and we were out there having a good time. We were on a college court, so it was pretty cool to get to play there. The game was super fun. We kept up our energy and positivity. We just had a fun game.”

Slovensky is playing with a team that has just one senior, three juniors, three sophomores and a freshman. Most of the players returned from last year’s team that won 11 games and reached the district championship game.

“This is my favorite team I’ve had in Wellsville,” Slovensky said. “We’re all such close friends. We all feed off of each other good on the floor, too. It’s the best group we have had in a really long time. We’re doing really good with it. I think we have a very good chance of going farther than we did last year and that’s very exciting.”

“This year, I was super excited because we lost only one player and we gained one,” said Slovensky, who also competes in track and field in the spring. “I felt like we could only go up.”