When El Reagan was named to the all-Eastern Missouri Conference softball team last fall, no one was more thrilled than Montgomery County coach Audra Heimer. 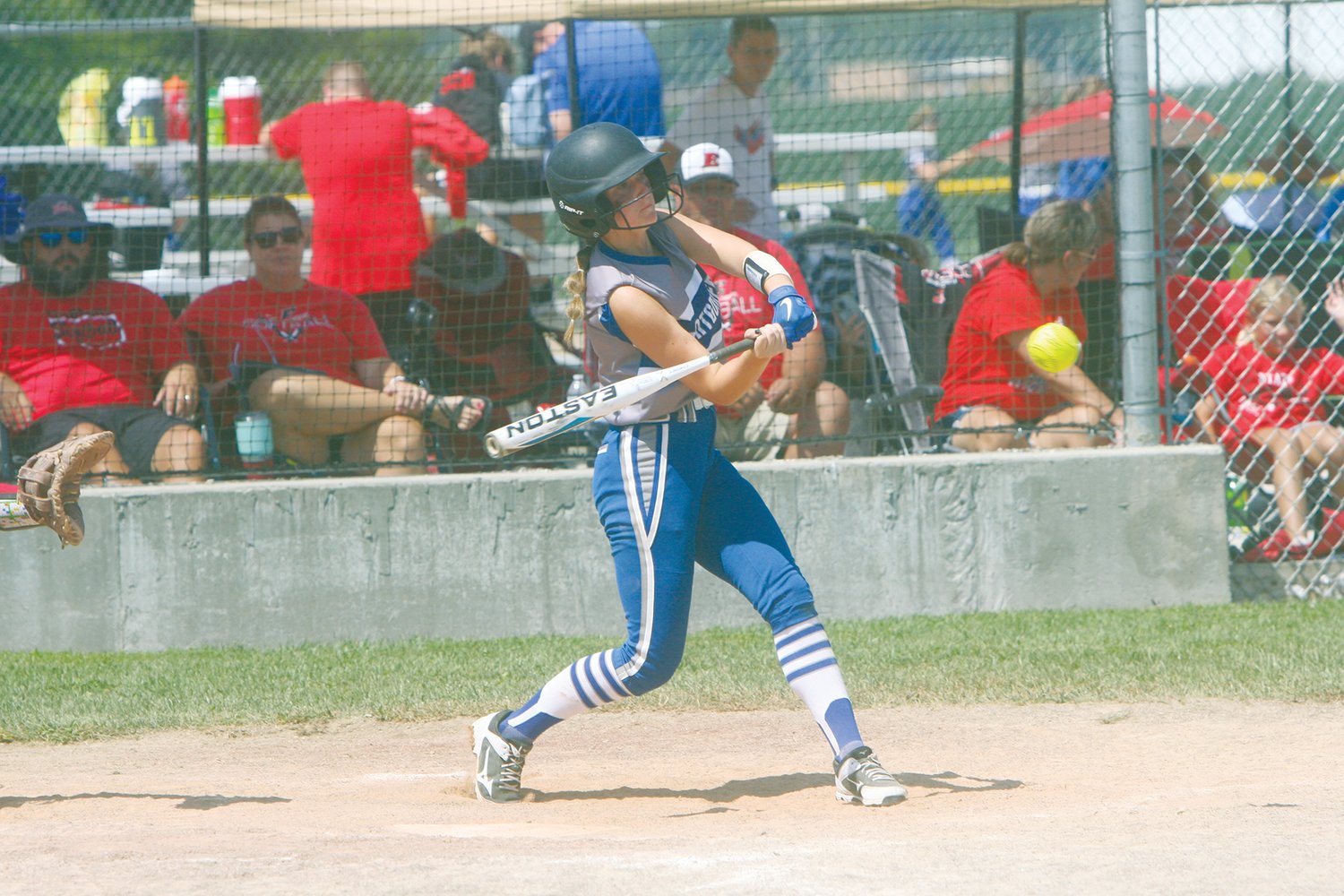 When El Reagan was named to the all-Eastern Missouri Conference softball team last fall, no one was more thrilled than Montgomery County coach Audra Heimer.

“She gave me a hug afterwards,” the MCHS junior said.

Reagan was one of four MCHS players named to the all-league team for her all-around play in the infield and outfield. Her strong play helped the Wildcats finish 16-8 after going 10-11 the year before.

“El kind of stepped it up at the end,” Heimer said. “She played center field for us. She’s pretty versatile. She can play anywhere, but I really like her in center field. That’s where I like her the best. She’s fast. She puts the ball in play, she can get on (base) and she makes some good plays in the outfield.”

This fall, Reagan is hoping to turn in another outstanding season for the Wildcats, who started their year on Aug. 27 with a fourth-place finish at the Montgomery County Fall Classic.

Reagan said one of her goals is to have a strong year at the plate. She had just two hits in the three games of the MCHS tournament – a double against Elsberry and a single in the Wildcats’ 12-5 loss to Belle in the third-place game.

“I definitely need to work on my hitting,” Reagan said. “It kind of comes and goes, so I need to get consistent.”

Reagan was one of seven freshmen on the Wildcats’ softball team in 2020. She said she enjoyed the experience of playing high school softball for the first time.

“I became very close with the girls, so they made it a lot of fun,” Reagan said.

This year, Reagan is part of a junior class that includes Maddy Queathem and Erica Devlin.

“It’s really cool because all of us have grown together,” Reagan said. “To watch how we were our freshman year and how we are now, it’s crazy to see how far we’ve come.”

“That was awesome,” Reagan said. “I didn’t think I was going to get anything. I mostly played first base, but I rotated between middle infield and outfield, too.”

One of seven returning players from last year, Reagan is looking to bring some leadership to a team that lost two of its best players – Fischer and Sam Queathem – to graduation.

“It’s different because we don’t have Sam and Brookie,” said Reagan, who won a Class 3 state title in the pole vault during track season last spring. “They were kind of like our big sisters. They were always picking us up. They were always keeping that good attitude. Now, the people who were younger last year have to step into those roles and take the freshmen under their wing, teach them how to do things, give them advice, keep their heads up and have a positive attitude.”