The St. Charles native hit the 100-victory mark as the Wildcats’ coach. She received a wooden plaque for her … 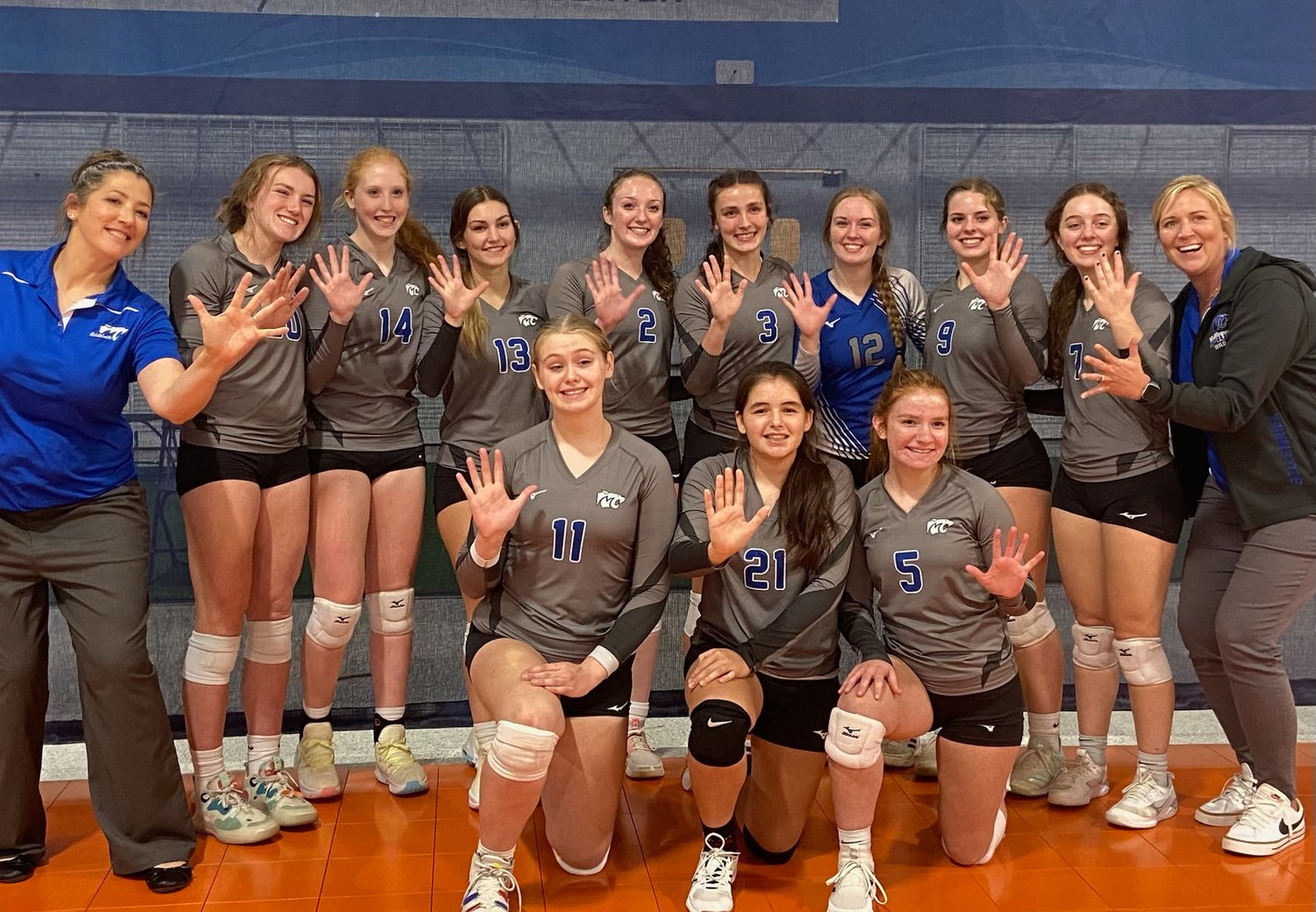 The St. Charles native hit the 100-victory mark as the Wildcats’ coach. She received a wooden plaque for her accomplishment after the first quarter of MCHS’ football game against South Callaway on Oct. 21.

The only problem was Leu didn’t know when she got her 100th victory.

“(MCHS activities director) Adam (Falloon) kept asking me about it,” Leu said. “I was like, ‘I don’t know that far back.’ The next thing you know at the football game, they had the thing ready. That was fun.”

Leu had an outstanding 12th season as MCHS coach. Besides getting 100 victories, she also coached her team to a fifth consecutive Eastern Missouri Conference championship and its first trip to the district finals in four years. MCHS also won 12 matches, surpassing last year’s win total of 10.

“We did better than what we did last year,” Leu said. “The girls were very hard on themselves. There are a few matches where they felt like they shouldn’t have lost. But we go through it together. You could either let it defeat you or you could keep fighting. I felt the girls kept fighting. We played some of our best volleyball at the end of the season, which is exactly what we were hoping for.”

The Wildcats’ 2022 season ended the same way it started – a three-game loss to Hermann at Ballew & Snell Court. MCHS lost to the Bearcats in its season opener on Aug. 30 and in the Class 2, District 6 district finals on Oct. 25.

MCHS finished 8-0 in conference play, picked up non-conference wins over Mexico and Hallsville and defeated North Callaway and Tolton Catholic in district play.

The Wildcats will lose Addison Schluss, Bailey Fischer and Carson Flake to graduation. Schluss led the Wildcats in assists (339) and serving points (192) and earned all-district honors, Fischer finished with 103 kills and was named to the all-district team and Flake had a team-leading 216 digs.

“These girls have a special place in my heart,” Leu said. “Every year they played varsity, their roles have changed. Their playing time has changed. Whether they liked it or not, they accepted it and they played 100 percent. They fulfilled their roles and helped us become a better team from it. That’s one of the things that I’m going to miss the most from that group of girls. I had them for a few years. I’ve got accustomed to them being around, so they’re definitely going to missed next year.”

Leu is in her second stint as MCHS coach. She headed the team from 2001-2003 and returned as coach in 2014. During her tenure, the Wildcats won five EMO titles and finished with 10 wins or more six times.

“I have to give credit to the girls where credit is due,” Leu said. “They’re the ones who put in the work and perform each night and hope for the best.”

“We had a great group of sophomores and freshmen who were eager to learn and improve,” coach Roxanne Sellenriek said. “The team worked so hard and fought through some tough mental barriers. It was refreshing to see them fight so hard for the wins.”