Jacob Mandrell had another successful trip to Glasgow High School on May 7.

This time, it helped the Wellsville-Middletown boys track team accomplish some history. 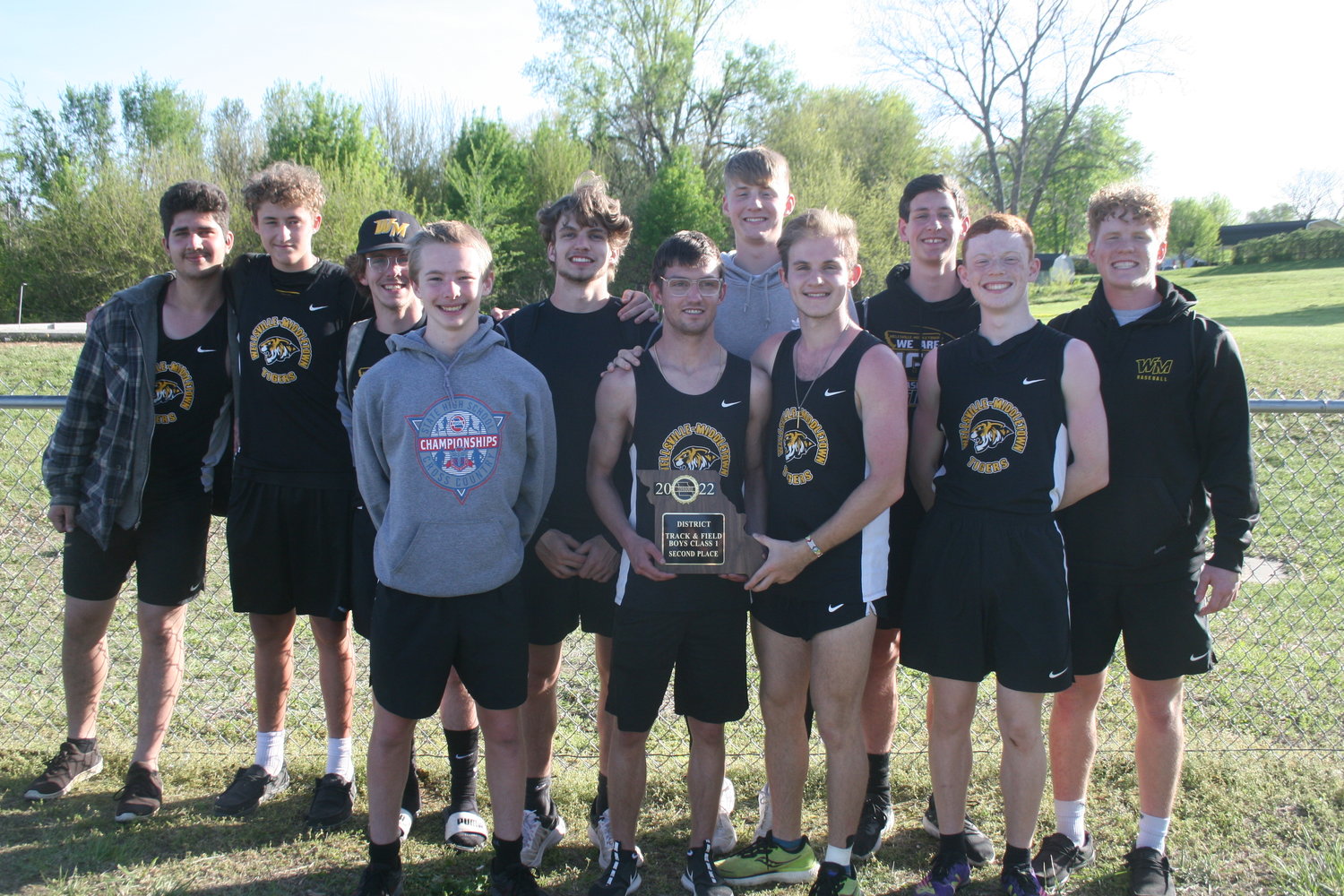 Jacob Mandrell had another successful trip to Glasgow High School on May 7.

This time, it helped the Wellsville-Middletown boys track team accomplish some history.

Mandrell captured titles in three events to lift the Tigers to a second-place finish at the Class 1, District 2 championship meet at Bob Monnig Track in Glasgow. W-M finished with 111.5 points and earned its first district plaque in program history.

“It’s nice to get a plaque in track,” Mandrell said. “It’s nice to help out with the points to get the plaque. I didn’t want to give up on my team. I wanted to help them out.”

Mandrell, a junior, won the triple jump, long jump and the 110-meter hurdles. He also qualified for sectionals in the 300-meter hurdles as he placed fourth.

“Coming from barely making it out of districts last year to winning three district titles is crazy because I wasn’t expecting to win the long jump,” Mandrell said. “I was way down there in the rankings. I guess I jumped far enough (to win). It’s nice to get district championships in three events. It’s a great feeling.”

The sectional meet is scheduled for May 14 at the Lutheran North High School in St. Louis. The top four finishers in each event advance to the Class 1 state meet in Jefferson City on May 20-21.

“I’m just proud of everyone,” Slovensky said. “We knew what we had to do and we all stepped up. “

“I’m really proud (of myself) because I didn’t feel well and we never had prelims before,” said Slovensky, who won an Eastern Missouri Conference title in the 100-meter hurdles on May 3. “So there was a lot in one day and it was really rough.”

Seabaugh also won a district championship for the Tigers as he placed first in the 800.

“It’s great for our seniors who had an amazing year, getting third (in the state) in cross country and fourth in basketball,” Slovensky said. “They were able to get the district trophy in track and field. That’s absolutely fantastic. It was a good way to put a little icing on the cake.”

Glasgow won the team title in the boys division with 163.5 points.

Mandrell will compete at sectionals for the second year in a row. Last year, he qualified for sectionals in the triple jump and the 110-meter hurdles by finishing second in both events in districts.

Mandrell turned in a strong performance at the Glasgow Relays on April 29, placing first in the long jump, second in the triple jump and fourth in the 110-meter hurdles. The junior said he liked competing on the track.

“It’s a nice track,” Mandrell said. “I like their jumping pits a lot. We had to have short spikes, so it was a little different. But I understand because it’s a nice new track.”

With the three wins at districts, Mandrell now has six first-place finishes this season.

“He struggled last year because he dealt with a lot of injuries,” John Slovensky said. “This year, he came out for cross country with the goal of getting stronger so he could be more resistant to injury. Right now, he does have a shin that’s kind of been bothering him a little bit. But he has been looking forward to the whole season. He just showed what he can do when he has the opportunity to train and get better.”

W-M finished eighth with 38 points in the girls division.