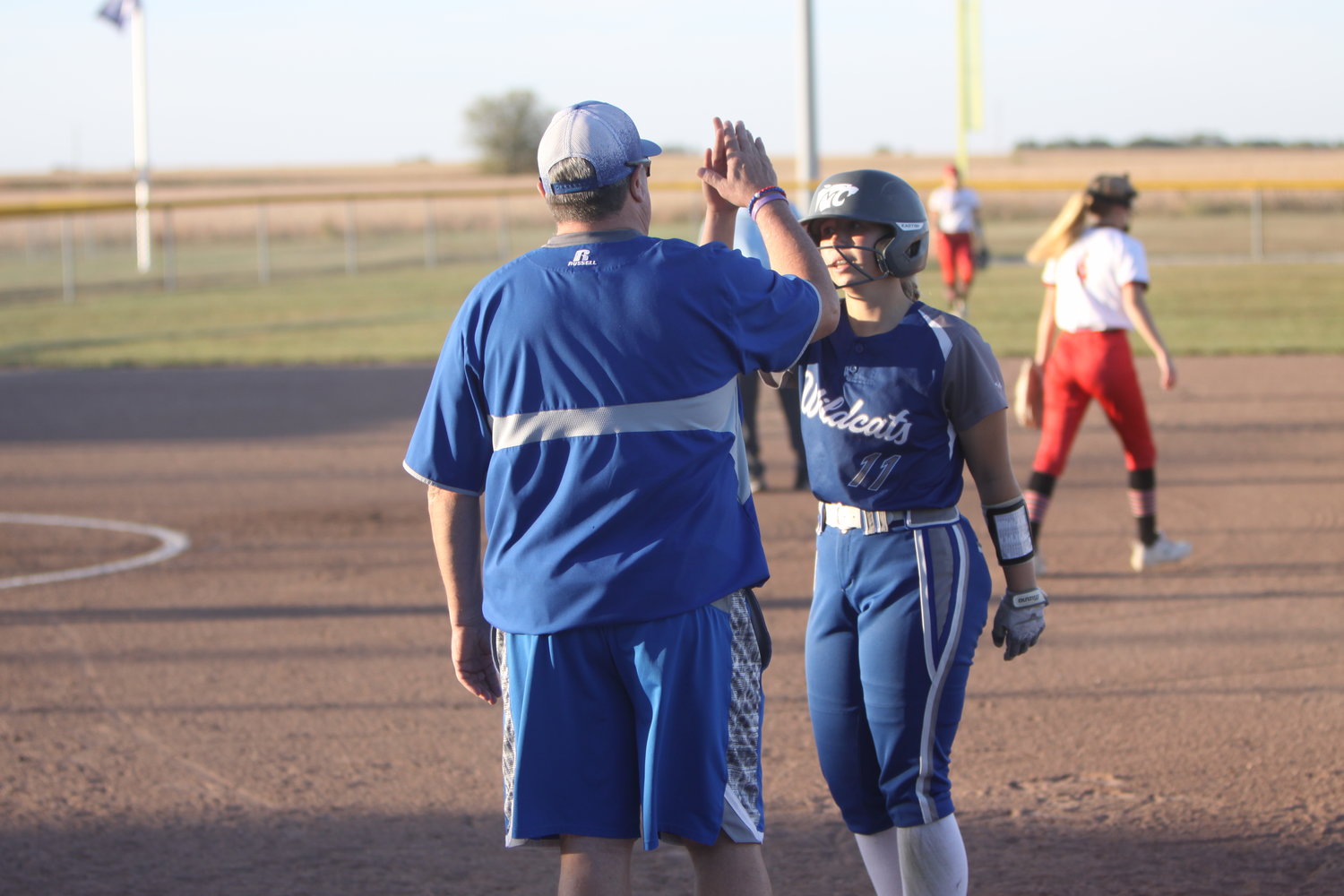 After her Montgomery County softball team suffered a heartbreaking, 4-3 loss to Valley Park in the Class 2, District 4 finals on Oct. 14 at Valley Park High School, senior infielder Carissa Doyle walked near the home plate area and congratulated several of the Hawks players for their victory.

Valley Park not only ended the Wildcats’ season, but it also concluded the high school softball careers of Doyle, Maddie Wisdom and Ky Rulo-Townsend.

“I really didn’t want it to end, but I’m glad it ended like that and not with a terrible loss,” Doyle said.

The Wildcats finished 9-19 after winning 16 games the year before. They were also 2-8 in Eastern Missouri Conference play.

“We’ve got a good core group of eighth graders that will be coming up, which will help us,” said Audra Heimer, who wrapped up her eighth season as MCHS coach. “So that will be nice. It’s something to look forward to in the future. We have pretty much our core team back.”

After splitting their first four games in August, the Wildcats went 3-12 in September. They came back to turn in a strong October, beating LaPlata at the LaPlata Tournament to help give Heimer her 100th win as MCHS coach, knocking off Owensville 15-13 on senior night and cruising past Metro and Jefferson in district play.

“Everyone came a long way this year,” Reagan said. “From what we were at the beginning to what we are now, we are so much better. I think if we carry that into next year, we could do some really good things.”

The Wildcats also had wins over Hermann (twice), Silex, Van-Far and Wellsville-Middletown.

In the district title game against Valley Park, MCHS took a 2-0 lead in the top of the first before losing the game in the bottom of the seventh on a walk-off single. It was the Wildcats’ first trip to the district finals in four years.

“It was definitely exciting,” Reagan said. “We played really well. Even though we lost, we all should be proud of what we did because it was probably the best district game Montgomery has ever played.”

Doyle and Wisdom played with the Wildcats all four years, while Rulo-Townsend joined the team in September. Doyle said her team will be successful in 2023 even though it will be losing three players to graduation.

“I think they’re going to be pretty strong considering that there are a lot of younger girls (on the team),” Doyle said. “With them having experience, I feel like that will help a lot throughout the season next year.”